Do you meet the young farmer criteria for the National Reserve? 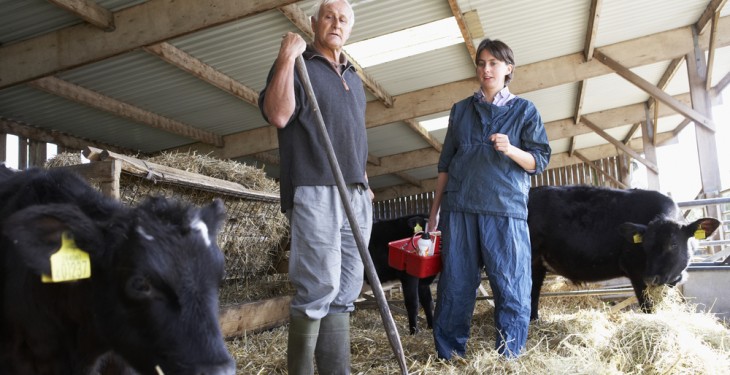 Priority under the National Reserve will be given to those who meet the definition of young farmer and new entrant to farming.

Successful applicants will receive an allocation of entitlements based on the eligible land declared on their 2015 Basic Payment Scheme application at a value equal to the national average value of entitlements in the year of application, the Minister for Agriculture Simon Coveney announced this year.

To qualify as a young farmer, a farmer must meet all of the following conditions;

After consultation with each of the main farming organisations, and in the context of the limited funding available to the National Reserve, an off-farm income limit of €40,000 will be applied to all applicants. In addition the maximum allocation that any one farmer may receive has been fixed at 90 entitlements.

However, Ireland’s draft Rural Development Programme 2014 – 2020, which is now with the EU Commission for approval, includes a proposal for an enhanced capital investment scheme for young farmers. The new scheme will offer a specific grant rate of 60% compared to the standard grant rate of 40% which will be generally available under other on-farm investment schemes.

These measures are complemented by a significant package of young farmer measures under Pillar 1 of CAP. Young Farmers and New Entrants will have priority access to the National Reserve which will be worth nearly €25 million in 2015.

The young farmer scheme payment will be payable up to a maximum of 50 entitlements.

Ireland has selected the method of calculation which will give the maximum payment possible. The payment will be calculated as 25% of the national average payment per hectare which we estimate will give a payment of approximately €63 per entitlement held by the young farmer.

In addition to the incentives for young farmers under CAP as outlined above, The Government has also published the Agri-taxation Review as part of Budget 2015, setting out the main policy objectives for continuing support through agri-taxation measures. The first is to increase land mobility and the productive use of land, especially relevant to young farmers seeking access to land.

Budget 2015 included the retention of the existing relief for income from long-term leasing of land and introduced a package of new measures to incentivise long-term leasing over the short-term conacre arrangements that are currently prevalent. The second is to assist succession and the transfer of farms, again especially relevant to young farmers, and Budget 2015 included a number of measures to maintain and strengthen the existing supports.

Other existing agri-taxation measures are retained, such as the Capital Allowance and Stock Relief measures, which support investment and are important to young farmers. There are also tax measures retained in Budget 2015, which are specifically aimed at young farmers: