A Scotch sheep in Kerry recently gave birth to quintuplets; four ewe lambs and a ram.

The ewe’s owner, Stephen O’Shea, says that one of the ewe lambs has since passed away; it lived for about 24 hours she was too weak to survive.

Stephen said that the other four lambs are doing good and that the ewe had no difficulty lambing.

“She had the five lambs on her own, as we weren’t expecting that many. She wasn’t scanned and she only came down from the mountain on March 16,” he said.

Stephen said that this was her second lambing and last year she had twins, before she had the five lambs this year.

The Kerry farmer said he has around 150 ewes to lamb each year and this year about one third of the lambs were doubles or triplets.

He says that there was no cross-breeding involved and believes that it is a unique case; that not many Scotch ewes have five lambs previously.

Stephen also has sucklers on his farm as well and farms outside Kenmare in Co. Kerry.

He jokingly added that, given the jump from two to five, next year he is expecting seven lambs from the ewe! 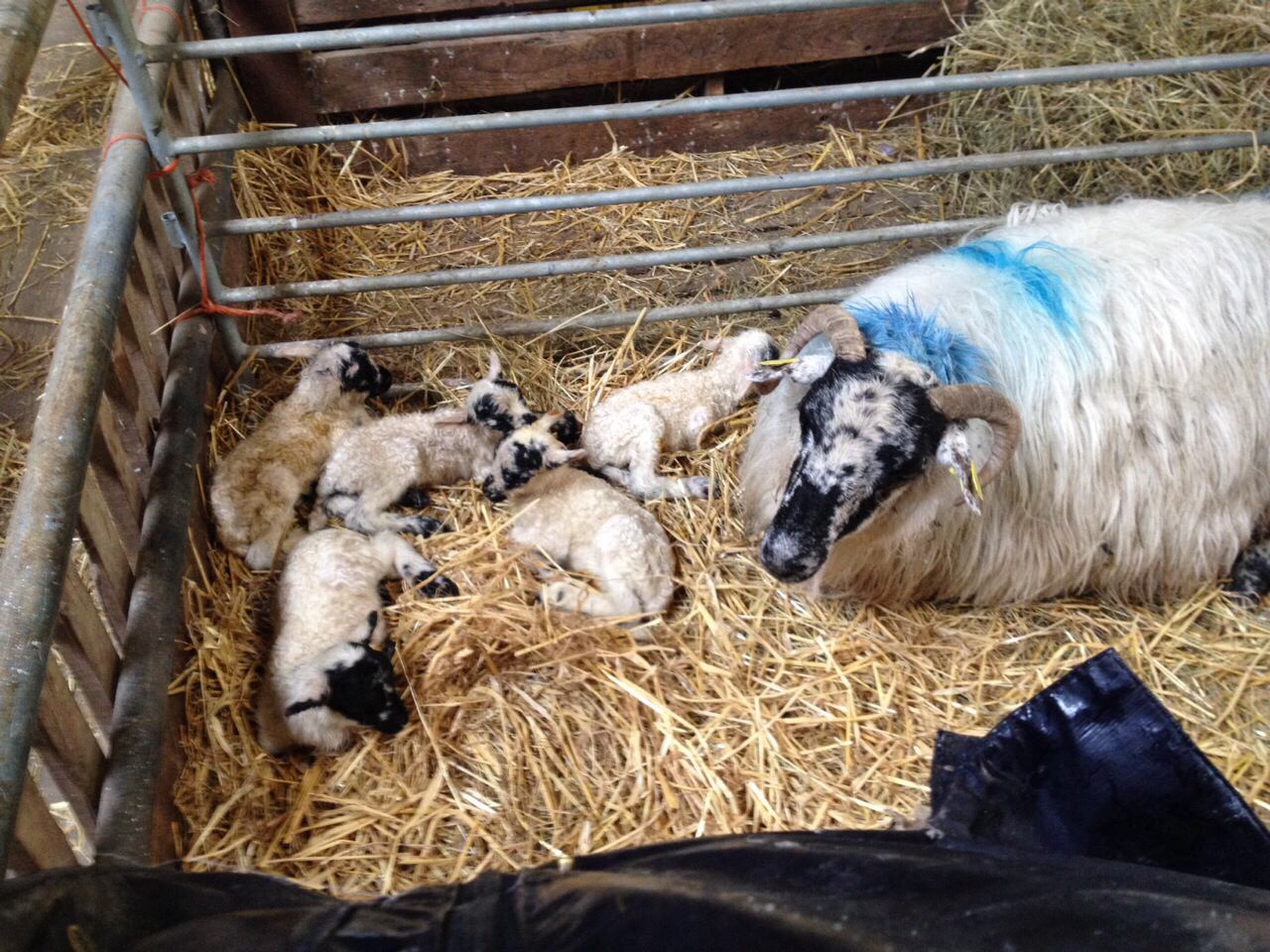