Latest figures released by the Department of Agriculture show that Mayo farmers account for the highest number of applications.

With 2,766 applications registerd on the Department of Agricultures online system to date, Mayo confirms the general trend that GLAS is most popular among farmers in western counties.

Both these figures are increasing daily, he said.

According to the Minister the ‘submit’ facility was activated last Thursday morning May 07 on the GLAS on-line system and as of mid-day on Thursday, 31 applications had been formally submitted. 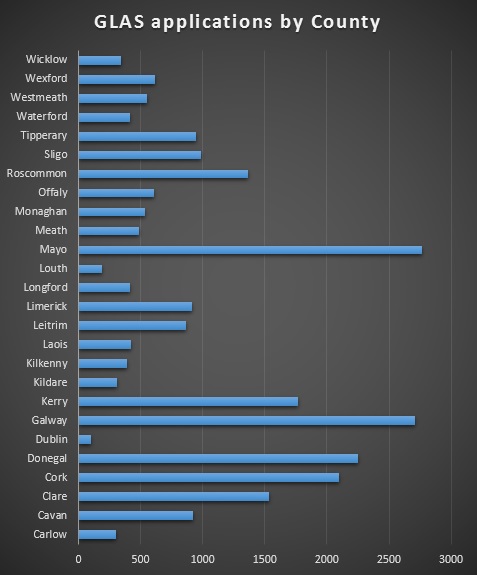 The Minister for Agriculture Simon Coveney also said last week that he does not envisage any further extension to the deadline for receipt of GLAS applications despite concerns among some that the time allowed is too tight.

Responding to questioning on GLAS from Cork TD Michael Moynihan, Minister Coveney said he has already extended the closing date from the April 30 to May 22 and does not envisage any further extension to that.

“I have also indicated that the scheme will open for a second Tranche of applications in the autumn,” he said.