May rainfall twice the norm in places

As Met Eireann today issued another weather warning for more thundery showers, with the risk of spot flooding locally. It also noted that May rainfall was above normal in almost every county.

It says with the exception of parts of the south. Rainfall amounts over the past month have been above normal and as high as twice the norm through parts of the midlands.

It has also been pretty dull as well in May, with sunshine amounts below average everywhere.

The month has been quite mild with air temperatures up to half a degree above normal. Soil temperatures are also well up between 1 and 3 degrees above normal and ranging between 14 and 12.5C. If anything Met Eireann says they should rice again this week.

However the changeable showery weather looks set to continue through the week. 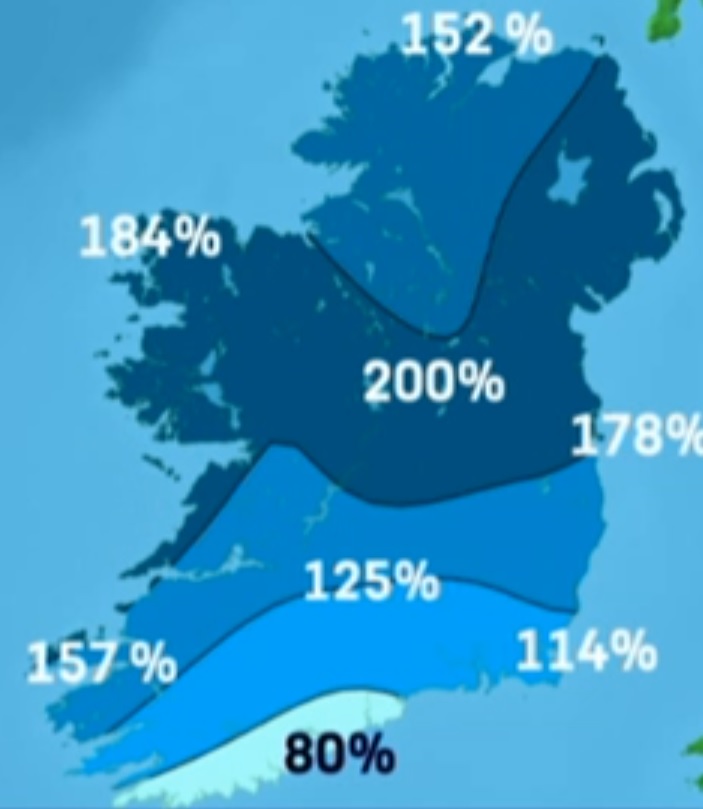