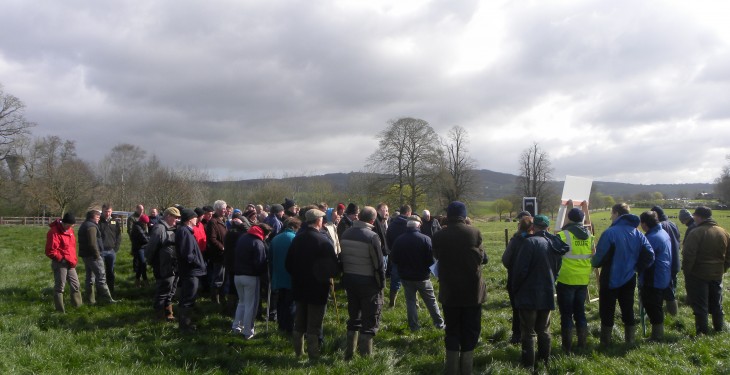 The ICMSA has welcomed the decision by the Department for Agriculture, Food and the Marine, to not discriminate against dairy farmers who do not wish – or who are not in a position – to expand for entry into the Knowledge Transfer Scheme.

According to ICMSA President, John Comer: “In the initial proposal, these farmers were in Priority 2 and this has now been changed which is welcome. We’re concerned that the Knowledge Transfer scheme could become almost a ‘paperwork scheme’ and in this regard, ICMSA again called on the Department to minimise the paperwork and concentrate on the practical measures that can be take to improve farm profitability – which should be the key objective of this programme”.

Speaking following a meeting with senior officials of the Department of Agriculture, Food and the Marine in relation to Ireland’s proposed CAP Rural Development Plan, Comer, stated that it is crucial that an amended plan is submitted to the EU Commission as soon as possible to ensure the new plan gains approval without delay to allow the roll-out of schemes. These schemes are of huge importance to farm families and the wider rural communities and their speedy approval is absolutely essential, according to Mr Comer.

The ICMSA delegation addressed the key issues relating to GLAS which are the replacement for REPS, On-farm Capital Investment Grants and the Knowledge Transfer Scheme, all of which are hugely important schemes for Irish farmers.

“With regard to GLAS, it is crucial this scheme is opened in the autumn of this year to ensure a full year’s payment is available for all applicants in 2015. At this stage, we’re extremely concerned that farmers will not receive a full payment for 2015 with only a partial payment being made and we’re calling on Minister Coveney to ensure that a full year’s payment is made – given that many of these farmers have been excluded from agri-environment schemes for a number of years with a consequent loss of income. In terms of the design of the scheme, we think that the Department should use a standard costing system as opposed to a receipt-based scheme, which created significant problems with the AEOS scheme. It is also essential that the scheme includes measures that are practical for more intensive farms as many of the current proposed measures will not suit these farms and will effectively exclude them from the scheme”, said Mr Comer.

“In the context of quota abolition, the on-farm investment schemes and the ongoing development of farms become hugely important and it is inevitable that there will be greater demand in the early years of this scheme. ICMSA believes that the funding of this scheme should be frontloaded to 2015 and 2016. In terms of investments that are eligible for grant aid, ICMSA repeated its view that underpasses, feeding systems, silage bases and cluster removers where an individual is upgrading a parlour should all be eligible for grant aid. There are significant costs involved in these type of upgrade and ICMSA believes that these items should be eligible under the new scheme as they should be deemed necessary.”