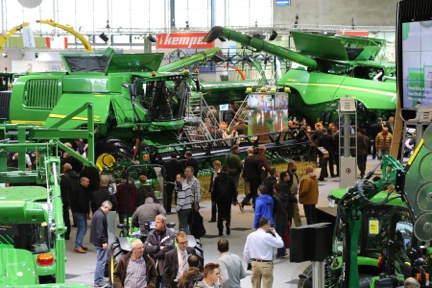 It says after some ups and downs over the last nine months, the European agricultural machinery industry seems to have switched towards an economic downswing.

CEMA outlines that the major indicators are only 21% of the companies expect their orders to grow. There is already a decline for new orders (average is at ca. -5%), both within the EU market and outside.

It noted only a few European markets are still holding the level of demand of 2013. Big markets such as France and Poland are performing considerably lower when compared to the same period last year. Italy is still losing ground and expectations from the CIS countries are very low. Manufacturers calculate an average decrease of ca. 30% in Ukraine for this year.

Nevertheless, CEMA also points out that the turnover of the companies in April was comparable to the high levels registered last year even if order stocks are slightly below 2013. Around 20% of the European factories have orders on hand that will run for more than three months of production.