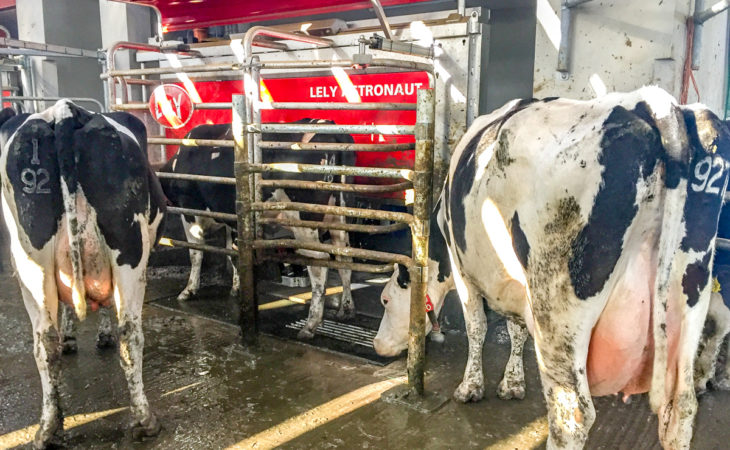 Located on the outskirts of Ramelton, Co. Donegal, Stephen Hunter has made noticeable changes to his dairy farming operation over recent months.

With a herd of 120 Holstein Friesian cows currently in milk, he’s getting used to a life without morning and evening milking following the installation of two Lely Astronaut milking robots.

It’s been a busy spring on the Donegal-based holding. Calving commenced on February 17 and within the space of 11 days 60 cows had calved; 88% of Stephen’s herd calved within a six-week window this spring.

AgriLand recently visited the farm to see how Stephen has managed with the difficult spring, the transition to robotic milking and to delve into his future production targets.

Farming 150ac, 70ac of which is attributed to the milking platform, Stephen described the farm as being quite heavy.

“If you get a continuous day of rain, it just finishes everything and it takes a couple of days to dry out again. The cows have been out grazing for the past 10 days and they were housed up until that point.

“Since turnout, protein percentages have improved significantly and have climbed from 3.28% – at the lowest point – to 3.40% currently,” he noted. 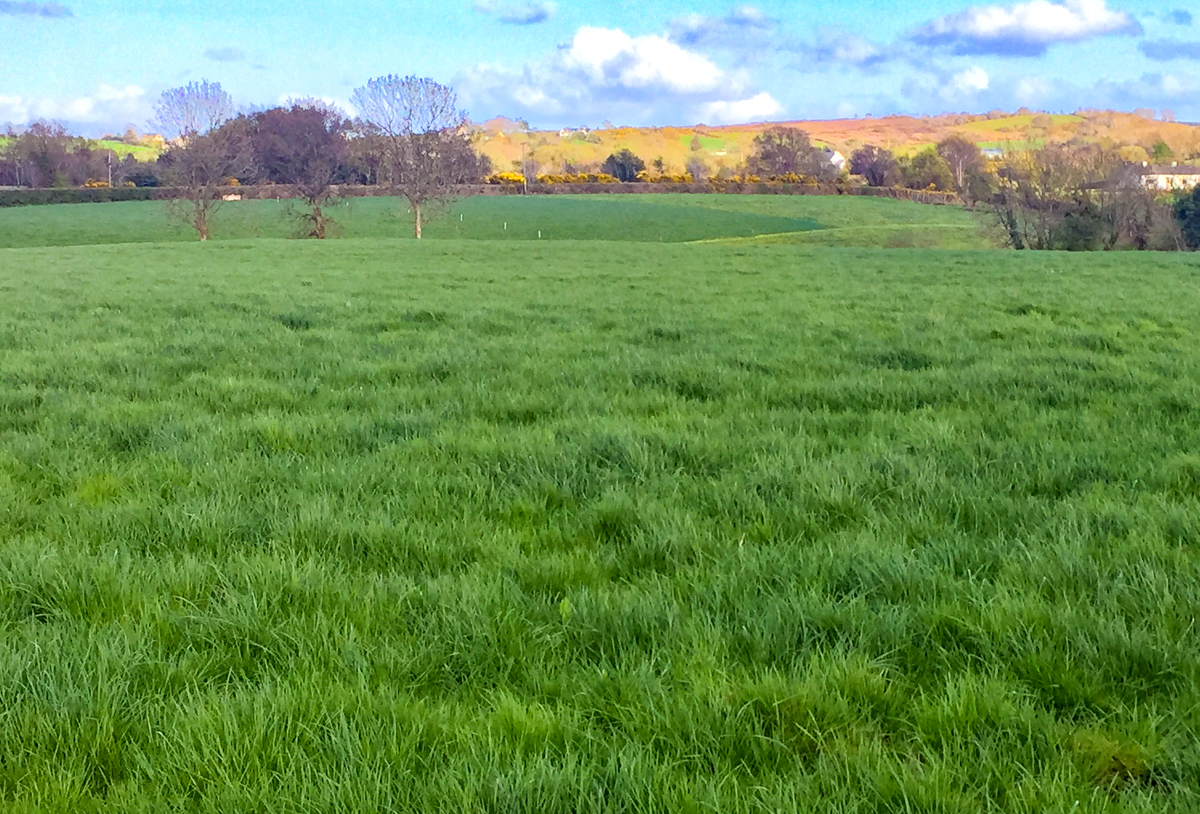 50ac of Stephen’s farm serves only as silage ground and, given the farm’s northerly location, he’d normally have five or six months silage in reserve to see him through the winter months.

With this reserve – along with a degree of concentrate supplementation – he was able to ensure that cow condition and production was maintained until the cows were turned out to pasture.

Breeding commenced on the farm last Monday (April 30) and the Donegal native has changed tack slightly when it comes to the breeding programme implemented.

He explained: “Prior to breeding, all of the cows are triple A scored to identify any weaknesses they may have and, from that, suitable bulls are used to help correct those weaknesses.

I have tried every breed down through the years and it’s hard to beat the Holstein Friesian when it comes to production. Some of my cows are currently yielding 50L/day.

“I will AI every cow this year because I have the heat detection with the robots. I used to AI the heifers, but I’ll run a bull with them this year. 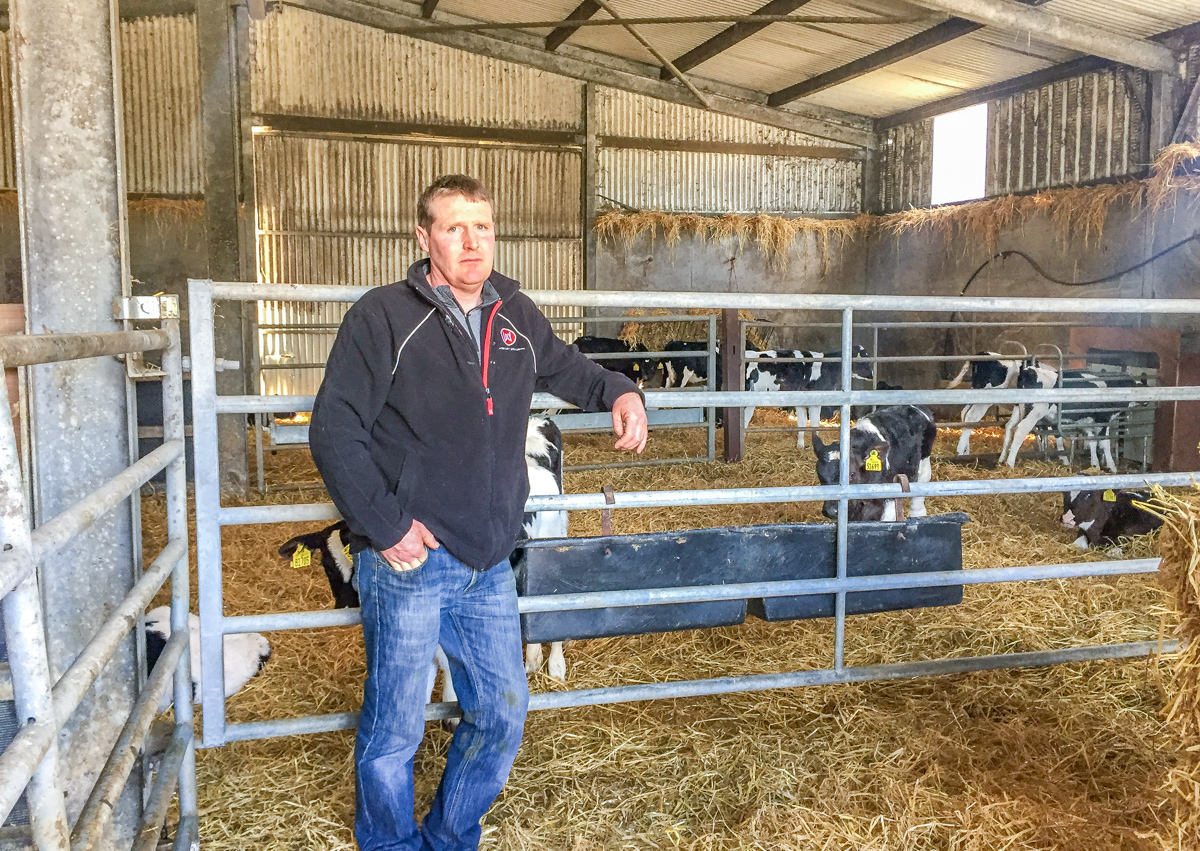 “Although it’s going against the Teagasc advice on breeding your heifers to the best genetics available through AI, I’ve found that the heifer calves out of heifers are always small; even when they calve at 24 months they’re small.

“Also, you don’t know your best heifers; but you know your best cows and by selecting replacements from cows, you’ve a strong heifer calf the whole way through,” he added.

With the installation of the robotic milking system, Stephen has also had to change the breeding policy slightly.

Milkability has a major influence on the capacity of the robots and it varies between cows; important aspects to consider are milking speed and the shape and size of the teats.

“To breed cows suitable for the robot, I’ve to select daughter-proven bulls with good teat placement, temperament and milking speed. I want to continue milking a good, square cow that’s positive for yield and protein,” he added.

Making the switch to robotic milking

Faced with the decision of either installing a new herringbone milking parlour or going down the robotic route, Stephen chose the latter.

“The parlour needed an upgrade and I wanted to introduce a feed-to-yield system, separation and heat detection. After pricing a new herringbone parlour, I then started to look at robots seriously.

“I thought they’d work because I wasn’t mad keen on milking cows in a parlor for the rest of my life and they provided the added extras I wanted.”

With this, Stephen installed two Lely robots last February and is currently in the process of training cows to ABC grazing. 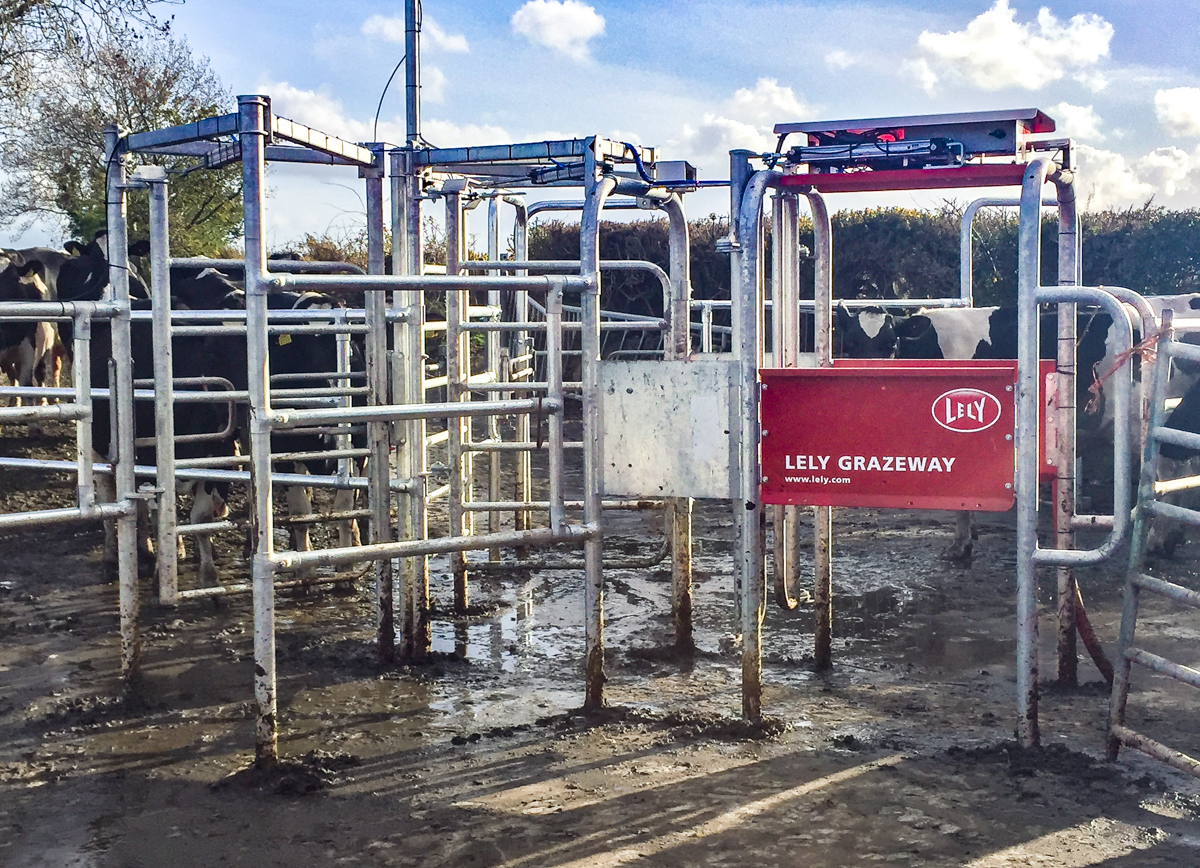 “The robots haven’t reduced my working day by much yet because I’m still training the cows to the robots. It’s all a learning curve, but I can see on the days that the cows go well that you’ve very little to do.

You just check the robot – in the morning and the evening – and move the wires, the cows do the rest.

Along with physically milking the cows, the robots supply Stephen with a whole host of information on cow health, production and heat activity. In addition, the robots collect SCC (somatic cell count) data every two days and the herd average is currently running at 121,000 cells/ml.

“I am very happy with the robots and the cows are achieving 2.5 milkings per day.” 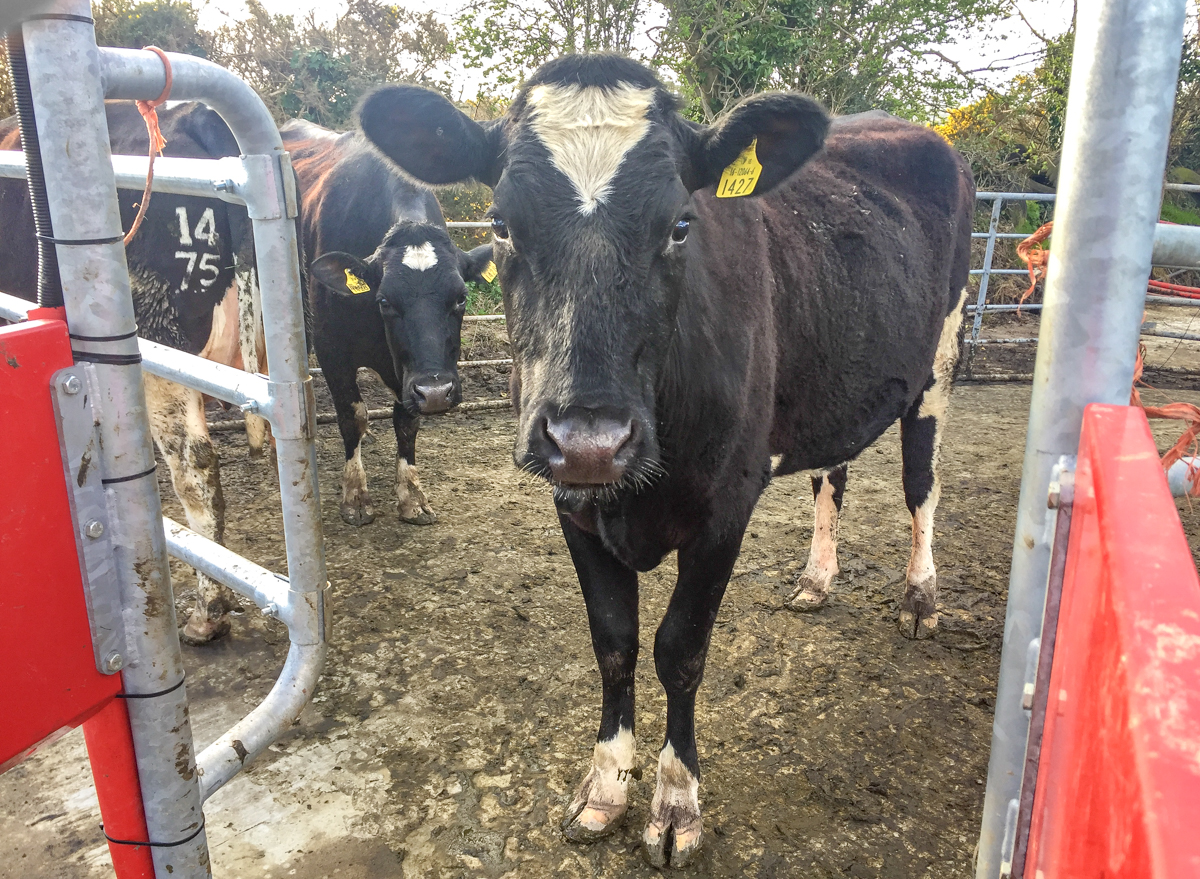 The cows are currently yielding 34L/day (4.18% butterfat and 3.4% protein) from grass and 7kg/day of concentrates.

“I don’t mind feeding meal if it’s putting production into the bulk tank. I don’t want to increase cow numbers, but I want to milk a better-quality cow. I’d also like to produce one million litres from 120 cows.” 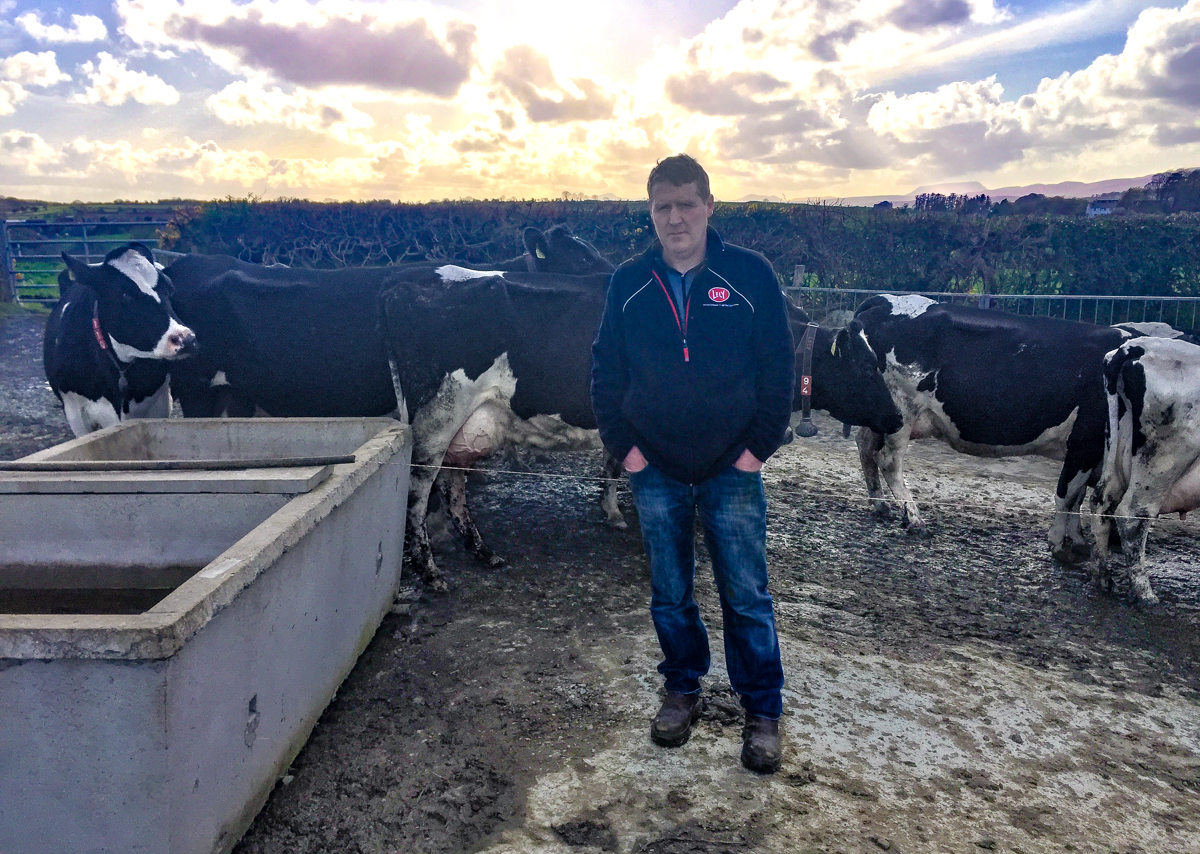 To hit this target, the Donegal-based farmer will focus on the genetics of his herd and will make improvements accordingly. He also feels that the robots have a role to play in achieving this target.

“The robots gave me the option to feed to yield and that was something I was really looking for. There are cows in the herd producing 50L/day and they are being rewarded for that production.”

Along with the feed-to-yield system, Stephen hopes to increase production through more frequent milkings. As it stands, each cow in the herd – on average – is being milked 2.5 times each day. 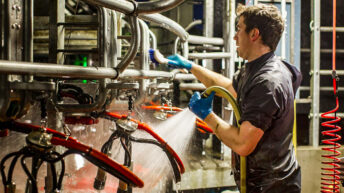