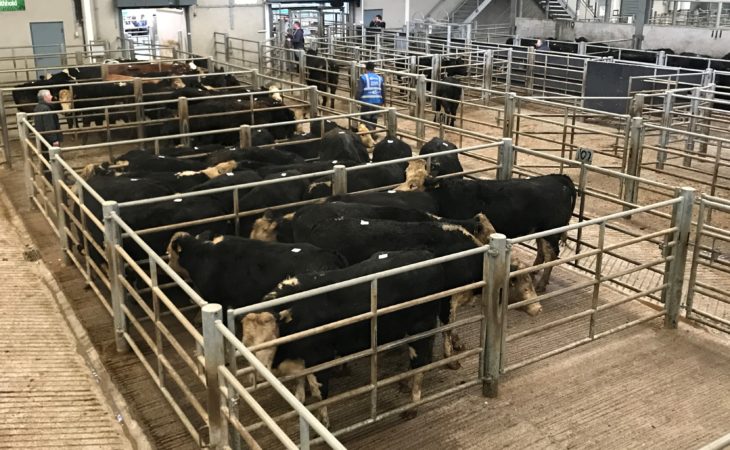 The mart’s across the country have been seriously interrupted due to the severe weather that gripped the country late last week and over the weekend.

Marts – especially in the south and east of the country – decided to postpone auctions from Wednesday, on account of the adverse weather.

Despite these cancellations, a number of marts across the country actually went ahead on Wednesday (February 28). Mart managers in the west of Ireland outlined that very little snow had fallen and it was safe to continue trading. However, the sale numbers were back significantly across a number of venues.

Like the beef processing plants, trading is expected to return to normal now that the thaw has set in and any sales that were postponed are due to be held over the coming weeks.

Looking at the trade, a huge variation in calf prices was recorded in marts that were successful in holding sales last week. As it stands, the trade is being dominated by black and white bull calves and lots suitable for export traded at €70-140/head. 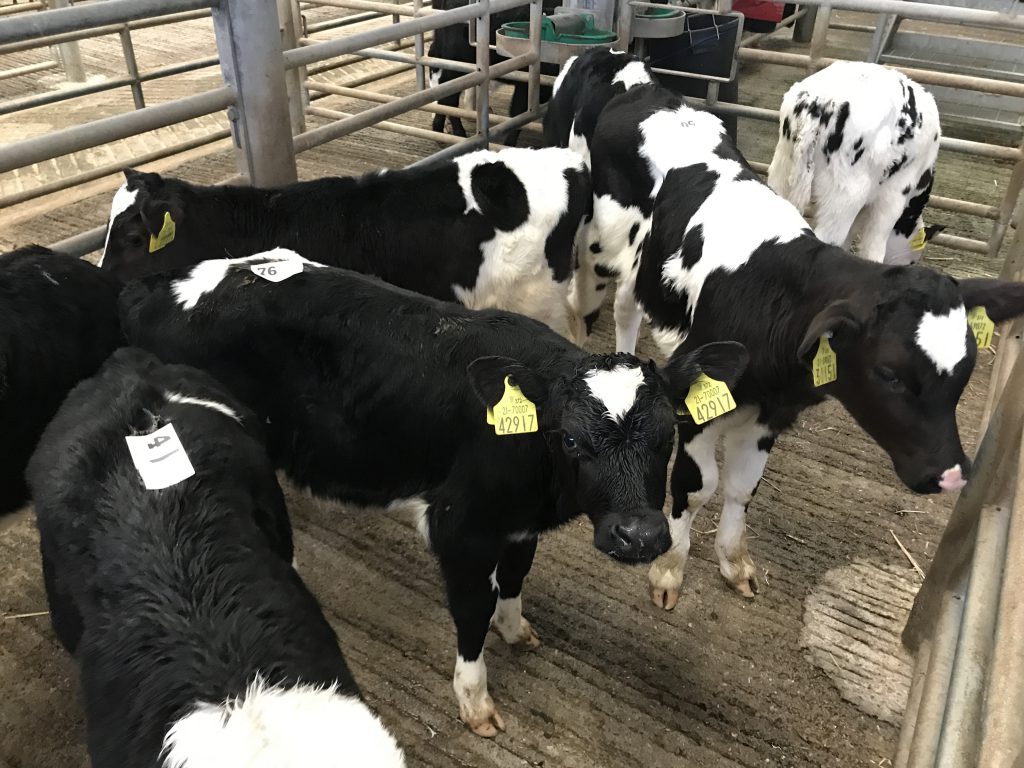 Furthermore, as many sales were cancelled and farm-to-farm trading was limited due to road conditions in many parts, a bumper week of calf sales looks to be on the cards next week.

Again, where quality animals have been presented for sale, these lots have achieved the best prices. As has been the case in recent weeks, forward-type and short-stay cattle have proved popular.

Weanlings have met an improved trade – especially bulls. Quality lots have received prices in excess of €3/kg. This comes as factory agents, farmers and exporters have made their presence felt at the ringside.

Some 620 cattle and 510 calves went under the hammer in Carnew Mart, Co. Wicklow, on Saturday (February 24). The trade was reported as “excellent” for all classes and a full clearance was achieved on the day.

David Quinn, the mart manager, noted that there were more farmer customers for all types of store cattle.

In the calf ring, the trade was reported as “super”. However, small Friesian calves and calves with Jersey genetics were slower to sell. Exporters were very active for strong Friesian bulls and 300 calves were bought for export.

Ennis Mart’s cattle sale took place on Tuesday last (February 27) . According to the mart’s Danny Moran, numbers were similar to the previous week’s sale. However, there was a slight increase in calf numbers.

Moran said: “Friesian calves would want to be at least three weeks old and fed well to meet customer demand.”

Moran also noted the trade for weanling bulls was “very strong” and a 95% clearance rate was achieved on the day. However, heifers proved to be a slightly easier trade.

She added that the trade was brisk for quality cattle, while plainer types proved more difficult to sell. Bulls sold for €2.10-2.80/kg, while heifers traded for €2.20-2.80/kg.

Ballinrobe Mart’s weekly cattle sale took place on Wednesday last (February 28). The number of cattle presented for sale was back due to the very severe weather conditions. However, the trade was reported as “vibrant”.

There was a “large entry of excellent quality” weanlings at Roscommon Mart on Tuesday (February 27), according to the mart’s spokesperson.

The trade for weanling heifers was reported as lively and these lots traded for €2.66-3.44/kg. In addition, the weanling bull trade was reported as brisk with these animals selling from €2.54/kg to €3.33/kg.

“There was an excellent demand from the large number of buyers present, resulting in a very high clearance rate,” the spokesperson explained.