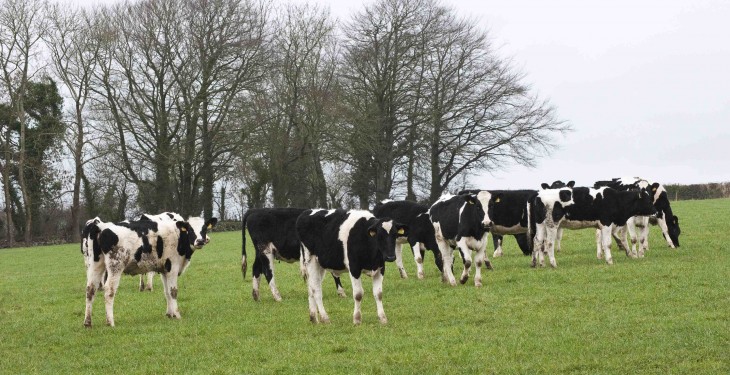 With a variety of challenges facing dairy farmers in terms of scale and intensity as they expanded due to the abolition of milk quota as many as 1,000 of these farms could use contract rearing to address some of these challenges going forward.

This is according to George Ramsbottom, Dairy Specialist with Teagasc who was speaking at the recent national collaborative farming conference in Clonmel.

He said: “As many as 1000 farms could end up contact rearing their replacement heifers with someone else off farm. While I would say on average those herds are likely to be the larger scale herds with greater than 100 cows. If one heifer is reared for every four cows in those herds on average 30 heifers calves would go off each year.”

Ramsbottom noted there is a key opportunity here for potential contract rearer’s. He said: “Using the fees paid currently for the average level of efficiently of around €637/heifer. It would generate to rears on their farms fees in the order of €19 million in terms of cash flow from owner’s farms to rearer’s farms. For lads with good levels of efficiency it could generate a substantial cash margin for rearers in the years to come.”

Ramsbottom stated: “Using Teagasc figures. It’s important to look at the range in terms of stocking rate that is currently on Irish dairy farms and find out what this might look like in future years.

He continued: “In the roadmap for dairy that has been prepared by 2020 the intensity on our dairy farms is anticipated to increase from around 1.9/LU/ha currently to 2.2/LU/ha in 2020.”

Ramsbotton highlighted: “It is important to remember there is huge variation between farms from 2.8LU/ha to 1/LU/ha on lower stocked farms. About 20% of the farms are stocked at about 2.5/LU/Ha if this were projected forward to 2020 on a national basis that would equate to 3000 farms stocked at such a level of intensity.

“With stocking rates of that kind of magnitude farms who are trying to produce milk as efficiently as possible on a predominately grass based diet. Those farms would need to be growing 13-15 tonnes DM grass to sustain their cows alone. That’s a substantial in itself challenge for dairy farmers in the future.”

He asked: “What then will happen on those farms to their dairy enterprises?

“Options include farm partnership, buy or lease land, or alternatively they could reduce or eliminate other enterprise tillage beef. But another key option will be to contract rear there replacement heifers on somebody else’s farm,” he noted.

Here, we look at the pros and cons of dairy heifer contract rearing. Heifer rearing is a standard in countries such as New Zealand particularly and the industry has evolved there to the extent that over 70 per cent of heifers are reared off-farm with a written contract in place.
Loading Next Story