Man dies in Sligo after collision with Jeep

A man has died after the car he was driving collided with a Jeep in Co. Sligo yesterday (Thursday, February 4).

Gardaí and emergency services attended the scene of the incident, which occurred shortly after 5:00pm yesterday on the R278 at Magheranrush in Calry, in the northeast of the county, a short distance from Sligo town.

The area where the collision occurred is a rural area, with farmland around it.

The driver of the car, a 22 year-old man, was taken from the scene to Sligo University Hospital where he was pronounced dead a short time later.

Advertisement
The driver of the Jeep, a 35 year-old man, was taken to the same hospital, where he is currently receiving treatment for injuries which are not believed to be life threatening.

Gardaí are appealing for any witnesses to this collision to come forward and for any road users who may have camera footage (including dash-cam footage) who were travelling in the area at the time to make this footage available to Gardaí.

Anyone with information is asked to contact Sligo Garda Station (or indeed any Garda station), or the Garda confidential line. 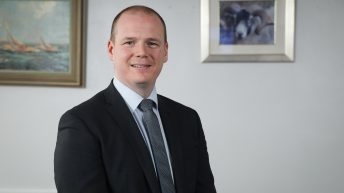