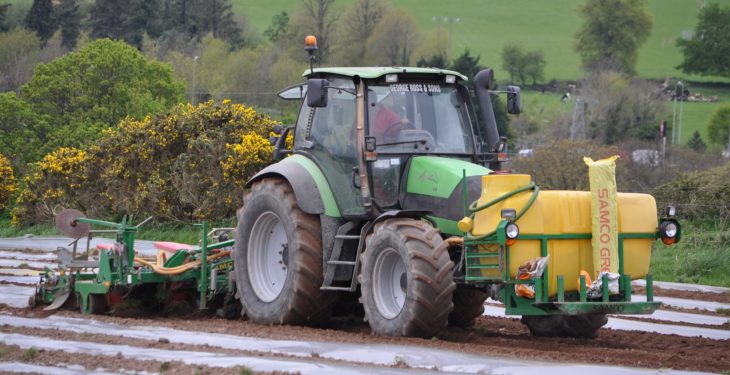 Co. Limerick based company Samco was among the 1,700 or so exhibitors at this week’s National Ploughing Championships in the midlands.

AgriLand spoke to Samco’s Robert Shine, to find what the prospects are for maize into the future.

He reasoned that recent milk price rises should help to increase the maize acreage across the country.

“I think this will happen simply because farmers are more confident,” he explained. “They have more cash in their pocket with milk prices increasing; they can afford to invest in a system to have their own home-grown forage.

Maize is a good buffer feeder. You need it to push cows on for higher yields, increase milk production each week and have good energy sources, early on, for cows calving down.

Samco’s Tom Martin noted that they were happy with how trade was going at the ‘Ploughing’. “Business has been good – apart from Wednesday,” he said. “The weather put a lot of people off [that day], but people who were interested were still coming in but maybe moving off more quickly.”

Robert Shine said that the ‘BagPress’ was the most popular attraction on the stand. “We had a good bit of interest in it. A lot of people were keen to find what it can do for them. There are four in the country now. We’re also exporting them, mainly to China and the UK.

Also Read: Crimp, bag and go at the show – with Samco

“The BagPress has already been used this year on a lot of crimped and dried barley and other grain. From now on, most of the enquiries are about its use for maize.” 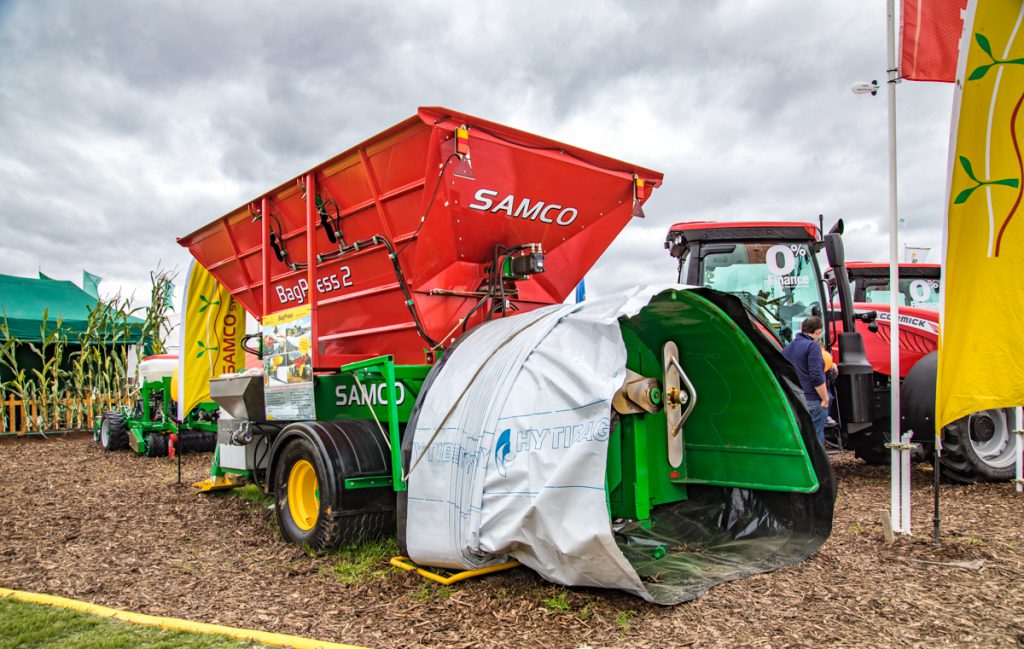 The machine incorporates a bagging facility into a 50t/hr crimper. The crimper is integrated into the front of the bagger and can be left in position when bagging bulk material. Two panels inside the main hopper are brought together hydraulically to form a new hopper for grain crimping. 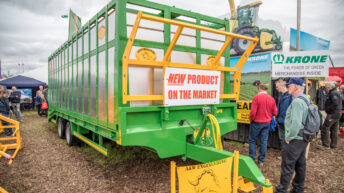 Novel ‘3 in 1’ trailer launched at the ‘Ploughing’