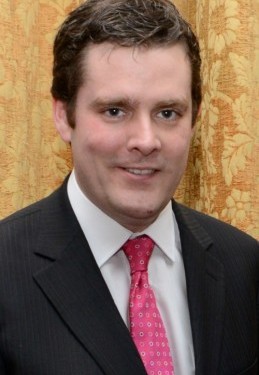 Roscommon man Seán Finan has formally declared his intention to run for the presidency of Macra na Feirme and joins Michelle O Callaghan from Seandun in Cork and Eamon Cassells from Meath who both declared in December.

Seán Finan is a 31-year-old farmer and project manager in the construction industry from Ballinlough, Castlerea, Co. Roscommon.

He has a Green Certificate in Agriculture and farms with his father and brothers at Ballinlough where they run a drystock cattle enterprise.

“I’m passionate about farming and about the future for young farmers. Macra na Feirme as the only represented body for young farmers and rural youth in this country should be proud of its achievements especially in the context of the recent CAP young farmer measures.

“If elected I will continue to fight for all young farmers  to ensure that they can grow and develop their business, making a vital contribution to agriculture and the rural economy.”

Seán hopes to become the 35th president of Macra na Feirme and the second Roscommon man to serve in the role, following in the footsteps of Laurence Fallon who was the 22nd president from 1991 – 1993.

Seán is currently Vice President of Macra na Feirme with responsibility for the Northwest region and sits on the National Council and National Executive. Seán has also served as the national treasurer and chairman of the Finance Committee for the past three years.

He has represented the county as Roscommon FBD Young Farmer of the Year in 2009, winning a Prestigious Bank of Ireland National Leadership Award in 2010 and being part of the winning Castlerea Macra na Feirme team in the National Impromptu Debating Competition in 2013.

“I am delighted to declare my candidacy for the upcoming Macra presidential election. We have a great organisation and I am passionate about the future of Macra.

“I have had wonderful times in Macra as an active member and have held various roles over the last number of years at club, county and national level. As Vice President I have worked tirelessly to grow and develop our organisation and feel I have the experience and skills to serve you, the members and represent all young farmers and rural youth as the 35th President of Macra na Feirme.”

If elected Seán’s focus will be on the issues that affect young farmers and rural youth including Land Mobility, Implementation of the new young farmer CAP measures, Agricultural Education, Mental Health, Youth Employment along with ensuring the growth and development of the Macra na Feirme organisation.