If you’ve ever wanted to buy a Christmas tree farm well now is your chance.

Maviston farm is located on land that is predominantly flat or gently undulating, which combines with the climate and free draining soils to create ideal conditions for the growing of Nordmann fir, Savills said.

In addition to the productive Christmas tree land there is a further 1.1ha of mature mixed conifer woodlands which form shelter belts, and areas of open ground with an attractive wetland and pond which extend to about 3.2ha, it said.

Annual harvesting is now well underway it said, with trees being selectively cut in order to leave the remaining crop with sufficient spacing to continue to grow and develop.

Allowing for some losses due to damage, it said a harvest of 90% of the trees originally planted in each rotation is anticipated.

Forecast tree numbers to be harvested from the first rotation are as follows:

According to Savills, as the first rotation on the Christmas tree farm comes to an end, the purchaser will have the option to re-plant a second rotation as harvest is completed, or to restore the land back to arable farmland, for which it would be well suited.

There is currently no farmhouse on Maviston, however if you did want to build a house you would have to apply to the Highland Council for permission. 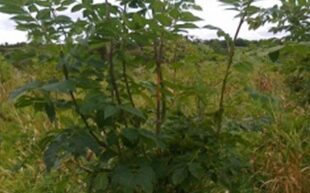 How to spot the signs of ash dieback 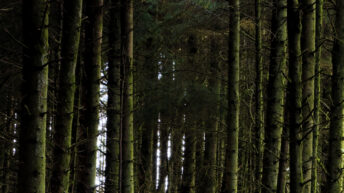