Louth neighbours opened their doors – and minds – to farming partnership 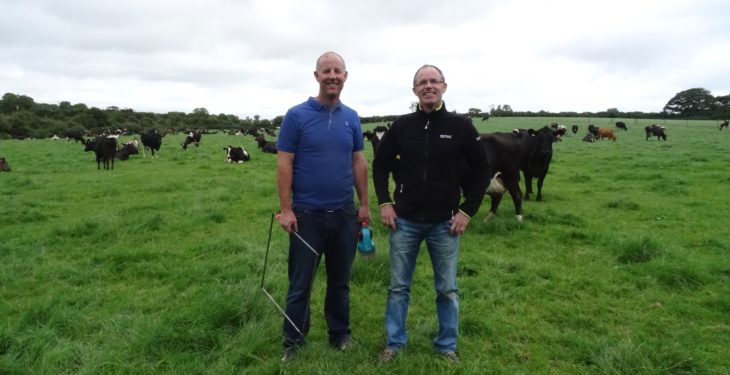 Next door neighbours Andrew Purcell and Alf McGlew were ahead of the curve when they opted to set up in partnership a decade ago.

Based in the Kiltallaght and Rinkinstown areas of Co. Louth, they turned to collaborative farming to allow them spend more time with their young families.

“Farm partnerships outside of families weren’t that common then, but they have got more popular since milk quotas freed up,” said Purcell.

“We were both milking about 70 cows each in 2006. Neither of us had a big enough farm to employ anyone. Then Alf was away on holidays and his relief milker took ill, so I took over for the week,” said Purcell.

Going into partnership involved a mutual meeting of minds. “Alf was starting to think about approaching me about a partnership, so it wasn’t a total shock to him when I mentioned it. We both have young families and wanted to be able to spend time with them.”

They eased into the process, spending time meeting up and putting their plan together.

We approached our local Teagasc advisor who thought it was a good idea straight away. He directed us to a specialist in that area in Teagasc, who went through the planning with us in more detail.

“We thought about it and, once we made the decision to go ahead, there were a lot of vested interests to deal with, such as: the banks; the milk processors; and the Department of Agriculture. To be fair, they were all very co-operative,” said Purcell.

“Teagasc had a blueprint drawn up, and we both got our solicitors to look over it, and they were happy with it. We were lucky enough that we both had the same bank, which probably helped.”

It was a pretty straightforward transition, Purcell said, with the heavy lifting done by Teagasc. “10 years down the road, we are still at it. The only change is that the farms have developed into companies. We had to do a lot of homework for that that wouldn’t be required of a family partnership.”

With the legendary Irish attachment to land, the process requires a leap of faith – and a high degree of trust. “I knew Alf although we didn’t socialise together. We weren’t neighbours terribly long before we went into partnership.

“We had bought our farm in 2000, and he had a longterm lease on a neighbouring farm, and he owned other land.”

Purcell said his parents were initially apprehensive about the idea, but saw the benefits of the arrangement. “They were looking to retire, and could see the advantages of going into partnership.”

So what about the division of labour? “We drew up a specific plan, but a couple of months into the whole project, we figured out what was going to work best for both of us, even though it wasn’t written down on paper. We share most jobs, such as the milking and grassland management, and then there are a few areas we do separately,” said Purcell.

It was a massive lifestyle change. I went from being always busy to finishing earlier in the evening, and having more days off. I am able to get to football and soccer training, and on farm trips away.

“When one of us goes away, the other knows what needs to be done – I joke that we have top heavy management.”

The one question everyone has for them is whether they ever fall out. “We disagree, but we have similar philosophies as regards farming, such as on crossing the herd. Also I used to do winter milking but have converted to spring milking.

“We have never had a big falling out. We have disagreed on minor stuff, but there is a lot of give and take, and healthy arguments, rather than being at loggerheads. We agree about 99% of things.”

So would he recommend collaborative farming? “Absolutely.” 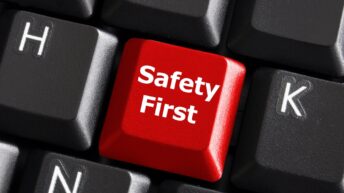