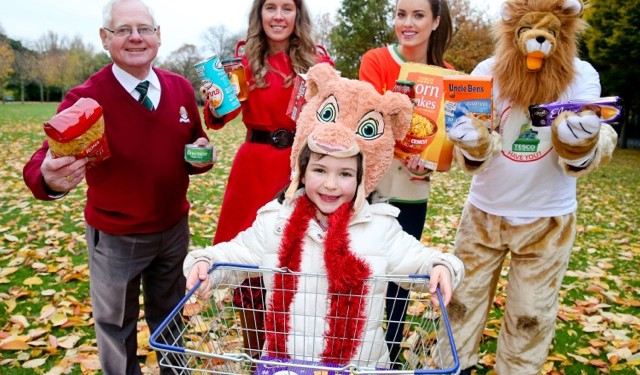 The collections will take place on Friday, 29 November from 11am to 7pm and again on Saturday, 30 November, from 11am until 7pm in Tesco stores all across the country.

According to a report published in October 2012 for Safefood Ireland ‘Measuring Food Poverty In Ireland – The Indicators and Implications’, one in 10 people in Ireland were living in food poverty.

The Christmas Food Appeal 2013 is to be the biggest of its kind in Ireland involving more than 3,000 volunteers and is set to amass around €250,000 worth of food, which converts into approximately 80,000 meals.  All food collected will be distributed to causes in their localities.

Liam Lyons, district governor of the Lions Clubs in Ireland, said: “Lions Clubs throughout Ireland have been making an annual Food Appeal for many years and we are delighted this year to have the support of Tesco in a project which enables up to 10,000 Irish families to enjoy a festive Christmas.  Up to 1,600 Lions have volunteered to participate in the 2013 Food Appeal and we look forward to the continuing generosity of Tesco customers who have supported the project in the past. The needs of families are now greater than ever.”

Michelle Mahon, corporate responsibility manager at Tesco, said: “Tesco feeds more families in Ireland than any other supermarket, and we work hard to make sure people can eat well even if they don’t have a lot of money.  This year, we want to use our scale and our links with communities across the country to help tackle this growing problem.”