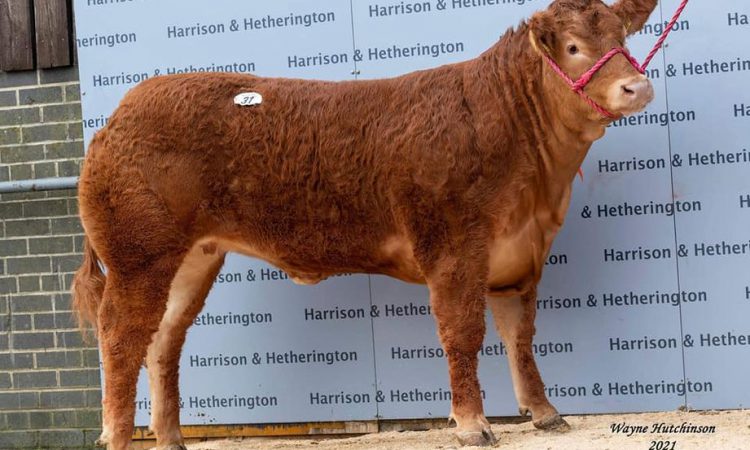 Irish genetics excelled at a recent sale of pedigree Limousin females held in Carlisle on Friday (January 29) from the Wilodge and Brockhurst herds.

Setting a new world record for a price paid for a pedigree Limousin animal was the November 2019-born Wilodge Poshspice. She sold for a staggering 250,000gns and was bred by Christine Williams and Paul Tippets of the Wilodge herd.

This classy female can be claimed to have Irish heritage, as she was the result of an embryo sold by breeder William Smith from Oldcastle in Co. Meath.

The heifer’s mother, Millbrook Gingerspice, is a celebrity in her own right in the Limousin world as she was a multi-prize winning heifer during her showing days.

Her titles include being a three-time interbreed champion at Balmoral show, while also achieving the accolade of being breed champion twice at the Tullamore show.

Millbrook Gingerspice is the only animal, be it sheep or cattle, that has claimed three interbreed championships in a row at a royal show.

“It’s wonderful to see her progeny going on to do so well for other herds. She had another daughter sold for the top price of 25,000gns a few years ago at a Red Ladies sale.

“A son of hers also won reserve junior male champion at Carlisle and sold for 20,000gns. She is really stamping her mark as a tremendous breeding cow.”

Wilodge Poshspice was sired by Ampertaine Elgin, who was bred by James McKay from Northern Ireland. The successful bidders of this stylish heifer were Charlie Boden of the Sportsman herd and Messrs Jenkinson of the Whinfellpark herd.

Not stopping there, Irish breeding was also found in other heifers sold from the Wilodge herd.

Descendants of Limousin sire Powerful Irish, who was bred by Philip Crowe from Co. Cavan sold for the second, third and fourth top-prices in Carlisle.

This is not the only success that Powerful Irish has had across the shores – as he was sire to two senior champions in Carlisle and a female champion at the renowned Red Ladies sale.

Other leading prices at the Wilodge and Brockhurst sale: 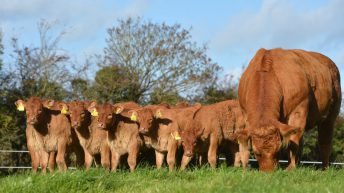