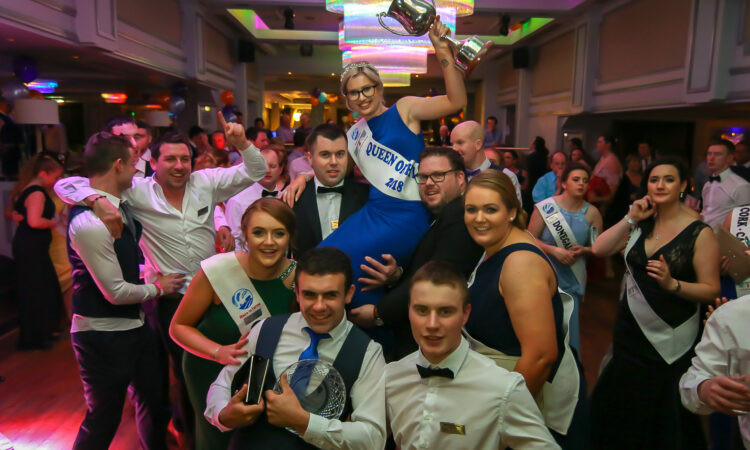 The winner was chosen from among 30 “Queens” representing counties and regions from all over the country and further afield in the contest, selected for their personalities, agricultural connections and community involvement.

Aisling O’Driscoll from Terelton Macra, representing the Muskerry region in Cork, came in second place on the night, while third place went to Roisin Lynch from Ramor Macra, Co. Cavan.

Claimed to be the largest festival in the Macra na Feirme calendar, the weekend saw young farmers flock to the Bridge House Hotel, Tullamore, Co. Offaly for the event.

The Queen of the Land Festival saw a jampacked weekend of activities for the Queens and their supporters, with tours panel discussions on women in agriculture and music from Marty Mone all taking place on Friday last.

After being introduced to their escorts for the weekend, the queens were brought for on-stage interviews in front of the crowd and the judges, explaining a little about themselves, their involvement in agriculture, Macra na Feirme and rural communities.

At the gala banquet last night, overall winner Louise was presented with the Queen of the Land Linda O’Brien tiara, the Clarke Machinery Group sponsored perpetual trophy, the Clarke Machinery Group sponsored €1,000 prize, a specially-commissioned piece of Galway Crystal from Cahill Jewellers, a two-night break in the Bridge House Hotel and a €200 clothing voucher from Kode Clothing.

Both runners up received a €200 cash prize and a specially-commissioned piece of Galway Crystal.

The Escort of the Year is Andrew Corrigan. Chosen by the queens, Andrew received a Tony O’Donoghue sponsored perpetual trophy, a weekend stay for two in the Bridge House Hotel, €300 clothing voucher from Guy Clothing and a prized Gold Card for Copper Face Jacks, Dublin. 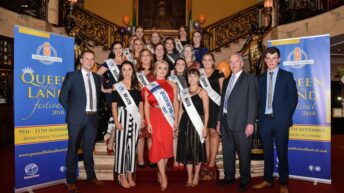 Queen of the Land to take on Tullamore this weekend