Letter to the editor: Conflict must not overshadow climate concerns 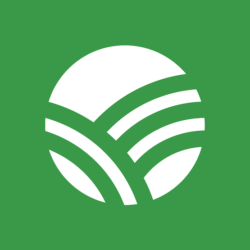 Letter to the editor: Conflict must not overshadow climate concerns

While our thoughts are with the people of the Ukraine, some of the polarised arguments circulating in response to the issues exacerbated by the current conflict, pits short-term opportunism against the wider climate needs of future generations.

The renewed cynical, ‘business as usual’, mantra dressed up in the ‘emperor’s new clothes’ of feeding people cannot be allowed to deflect from the significant environmental challenges we face.

Neither the climate crisis nor the biodiversity collapse will wait for more favourable socio-political conditions to prevail. Whether we like it or not, it is essential to support a global transition towards sustainable food systems, within which organic farming and other agroecological approaches are key.

The latest IPCC [Intergovernmental Panel on Climate Change] report says that global temperature is likely to increase by more than 3° C in the coming decades. Severe harvest failures will become common.

The UK is already one of the world’s most nature-depleted countries – in the bottom 10% globally and last in the G7. The grim reality is that we have prioritised food above the environment for the last 60 years.

There is much talk of the need to intensify food production, but one third of food produced globally is going to waste.

Just 55% of the world’s crop calories are directly eaten by humans, 36% is used for animal feed and 9% for industrial use. We need fundamental change in our diet, our food system and our consumption, not more food.

The continued promotion of intensification is detrimental to the rigorous debate needed around the issues of resilience, productivity, food security and their associated environmental and economic impacts.

The UK’s reliance on imported feed, fuel and other inputs is being magnified through the lens of Putin’s war but these issues within our food supply chain are not new. We need systems that rely on less intensive use of increasingly scarce inputs in large part derived from fossil fuel resources.

We are at a tipping point. Continued intensification will undoubtedly create an even greater long-term threat to UK food security, as our overall agricultural capacity will be undermined and irretrievably diminished.

Also Read: Opinion: Do you have difficulty with the word ‘torque’?
LETTER TO THE EDITOR OPINION

Letter to the editor: An Taisce is not anti-farmer or anti-agriculture

Letter to the editor: Government abandons farmers yet again

Letter to the editor: Ban on animal transport is groundbreaking