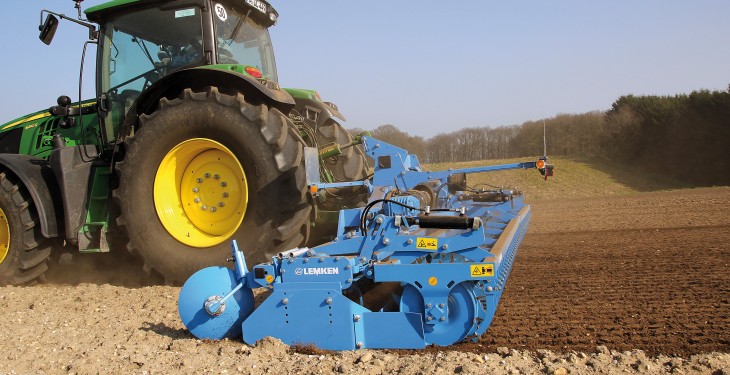 The Zirkon power harrow has been a part of the Lemken product range for a long time, as a solo machine as well as in combination with a seed drill. The top-of-the-range model of the Zirkon range has now been revised and will be relaunched with a modular concept.

Lemken says with the Zirkon 12 the customer can now choose between two types of central gearboxes offering the proven rotor speeds of 330 rpm and 440 rpm for the PTO speed of 1,000 rpm.

It claims farmers who don’t require a regular exchange of the rotor speed may choose a new angular gearbox with two manually changed gears as an economic solution. The new angular gearbox is available for the foldable versions for tractors up to 320 HP (235 kW). The revised Dual-Shift gearbox provides gear selection via a lever as before. It can be used for tractors with up to 408 HP (300 kW). Thus the performance has been considerably increased compared to the previous model Zirkon 10. The new arrangement of the front PTO connection and the rear shaft connection also provides a smoother running of the shafts. The Zirkon 12 also features the change of the direction of rotation enabling the farmer to quickly change the tines from working in drag to grip position or vice versa. 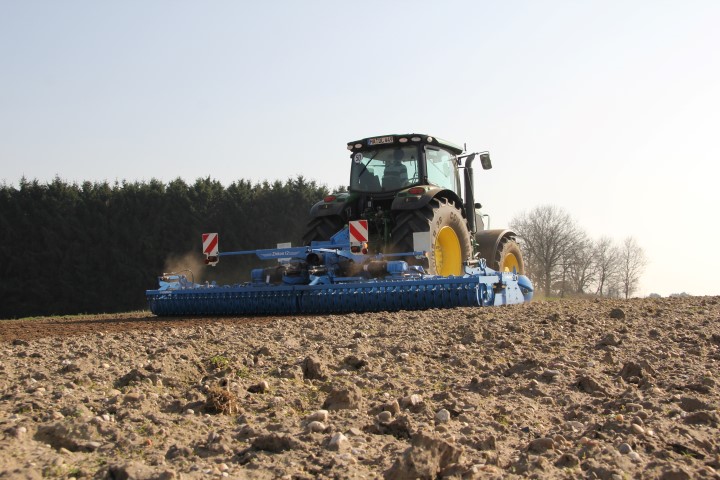 It says many smaller but useful improvements have been integrated in the new range of power harrows. The transport security of the folding versions can now be hydraulically unlocked. Depth adjustment and the guidance of the side plates now provide improved adjustment. The three point linkage connection point has been adapted to suit current tractors with larger category linkages.

For the first time Lemken offers hydraulic depth adjustment for the Zirkon 12. The driver can now conveniently adjust the working depth to changing soil conditions from the driver’s seat while working. The three point linkage provides an increased lifting power of up to 3,000 kg which enable to combine the Zirkon 12 to heavy mounted implements. The new lighting equipment for the foldable versions, which can be permanently bolted to the power harrow completes the range of new features of the Zirkon 12.