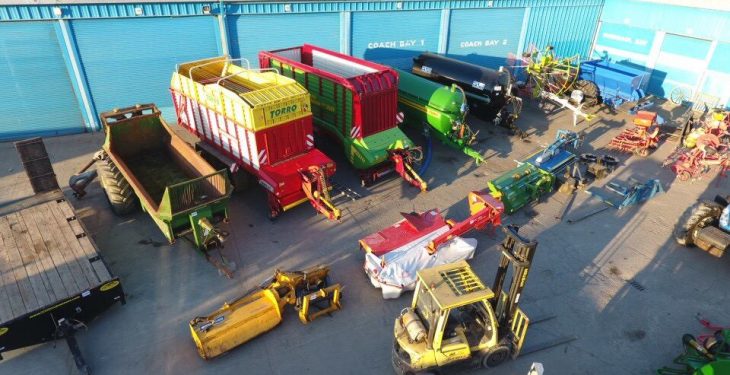 Bord na Mona has confirmed that it has issued legal proceedings against Paul Cooke Auctions in relation to outstanding payments.

Paul Cooke Auctions – which is headquartered in Naas, Co. Kildare – has managed multiple machinery auctions for Bord na Mona in the past.

The most recent of which was an unreserved auction of tractors and farm machinery at Bord na Mona’s premises in Derrygreenagh, Rochfortbridge, Co. Westmeath. This auction took place on Saturday, November 11.

Over 200 lots went under the hammer on the day and everything was sold. Some lots were bought by punters present on-site; others were bought by online or phone bidders. Lots included tractors, excavators, bulldozers, trucks, trailers and other miscellaneous equipment – some of which was in a state of disarray.

Some 1,500 people attended the auction, with 563 registered bidders present and a further 147 bidders trying to secure bargains remotely.

AgriLand understands that Bord na Mona is one of a number of clients that will be affected due to the reported closure of Paul Cooke Auctions.

In a statement, the semi-state company said: “Bord na Mona can confirm that we have issued legal proceedings regarding the matter.

As this issue is now sub judice, Bord na Mana will not be making any further comment until this process is resolved.

This auction – which was held on Saturday, September 30 – notched up a turnover of almost €1.2 million and was attended by up to 2,500 people, according to the FTMTA.

In recent weeks, the association has confirmed that it will hold the second such auction on Saturday, February 24 at the same location.

Originally, Paul Cooke Auctions was expected to conduct the sale on behalf of the association. 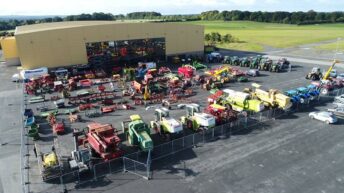