Last chance to hear the IFA presidential candidates tonight, as voting kicks off 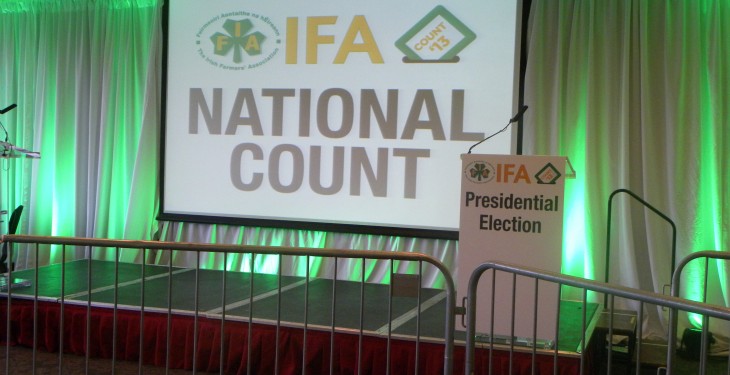 The last debate in the campaign to elect a new President of the IFA takes place tonight in Co. Offaly.

The candidates have been on the road since February 8, when the first debate took place in North Tipperary. Since then the candidates have debated and dealt with questions from the floor at 27 venues across the country.

Each of the three candidates – Flor McCarthy, Henry Burns and Joe Healy have dealt with a range of questions and topics including how much they want to be ‘paid’ if they become the next President of the IFA, where the IFA stands on pre-nuptial contracts and splinter groups.

However, falling farm incomes, reform of the IFA to include greater transparency and its income streams were the three main issues that were raised at every meeting.

Tonight in Tullamore, Co. Chairman John Keena will have the honour of hosting the final round before voting starts across the country from tonight. Voting will continue until April 14 and the count to elect a new President will take place on Tuesday, April 19.

As well as the three presidential candidates, members will be voting on its next Deputy President, again a three-man race with Nigel Renaghan, Pat Farrell and Richard Kennedy.

Voting will take place in 947 branches across the country and 75,501 members are eligible to vote. Last week, the IFA released an update of its membership and financial situation, which stated that over 500 members have cancelled their membership, while over 4,000 have yet to renew overdue membership.