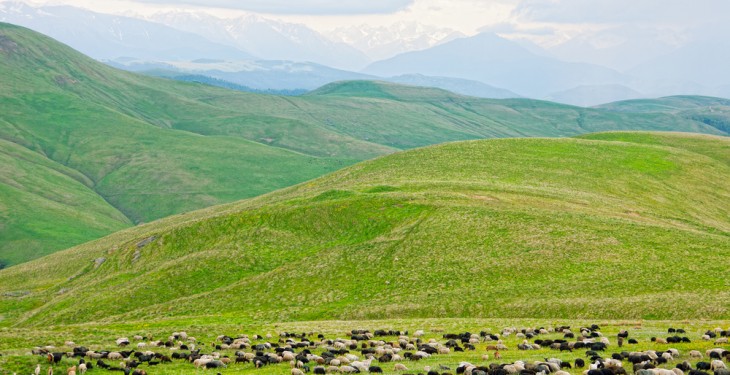 He says there is a large amount of land in West Donegal that is not commonage or Special Area of Conservation (SAC).

“This land is mainly upland grassland, Blanket bog and Heathland. The main species of vegetation include low out-put grasses, moss, rushes and heather.

However, Cannon says that due to the restriction in the number of grass species allowed for low input pasture (species rich grassland in AEOS), none of this land qualifies for the measure under GLAS.

He says the only land eligible for the low input pasture is good clay ground that is not farmed to its potential, or peat type land that was reseeded over eight years ago.

According to Cannon, the main type of farming carried out on this type of land is mountain sheep grazing.

“While this type of farming is essential to the landscape is can only be carried out if the sheep are fed concentrate or moved as grazers to farms with better land during crucial times of the year (late winter, spring and lambing).

“This is a loss making enterprise with expenses eating into the small single farm payment and DAS payment. The REPS payment made it worthwhile,” he said.

Cannon says the average Basic Farm Payment along with the Greening in West Donegal and similar areas throughout the country will be still only half the national average by 2019.

“The talk given out to farmers in this area by the Department of Agriculture and the Farm organisations during the negotiations was that they would benefit from pillar 2 payments and that the bigger farmers would not lose too much in pillar 1.”

However, Cannon says if some type of GLAS payment is not made available to farmers with upland grassland, Blanket bog and Heathland in the next tranche of GLAS, it will lead to an increase in the rate of land abandonment that is already taking place in these areas.