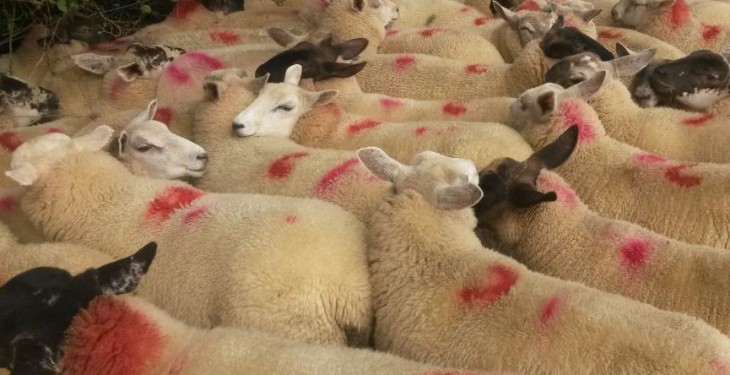 Lamb prices have taken a turn for the worse with most factories moving to reduce base quotes by 10c/kg.

Procurement mangers have blamed strong supplies for this week’s price drop, while an expected increase in throughput in the UK was also muted as an excuse for falling quote prices.

Looking at the trade, buyers have indicated that the lamb trade is quite and the falling Sterling is adding to exporters woes, especially those selling into the UK market.

A weaker Sterling is said the intensive the pressure on Irish lamb prices, as the UK is the second largest buyer of Irish sheepmeat, following only France.

And, one procurement manager said that the continued weakness of Sterling could potentially make UK lamb cheaper for French buyers, in turn reducing the demand for Irish lamb on the continent.

However, despite the ease in factory lam prices, cast ewe prices continue to remain unchanged with most buyers offering 230-240c/kg for ewes weighing up to 40kg.

The number of spring lambs slaughtered at Department of Agriculture approved sheepmeat export plants has dropped 13% in the space of a week.

Official figures from the Department of Agriculture show that just over 54,540 lambs were slaughtered during the week ending September 25, a fall of 6,426 head compared to the week before.

However, the number of ewe and rams slaughterings actually increased during the week ending September 25.

The above mentioned fall in spring lamb throughput has also resulted in the total weekly kill for the week falling by 7.9% or 4,639 head compared to the week before.

The SQQ live price for lamb in England and Wales made the equivalent of around 433c/kg last week.

Like Britain, the French sheep trade also remains slow due to reduced demand and increased supplies of competitively priced lambs coming onto the market.

According to Bord Bia, French retail promotions are limited and have focused mainly on imported and domestically produced products such as chops, shoulders and legs.

Meanwhile, lamb in the French market of Rungis was making the equivalent of around 525c/kg deadweight towards the end of last week, it reports.

Under finished lambs now an issue in Northern Ireland