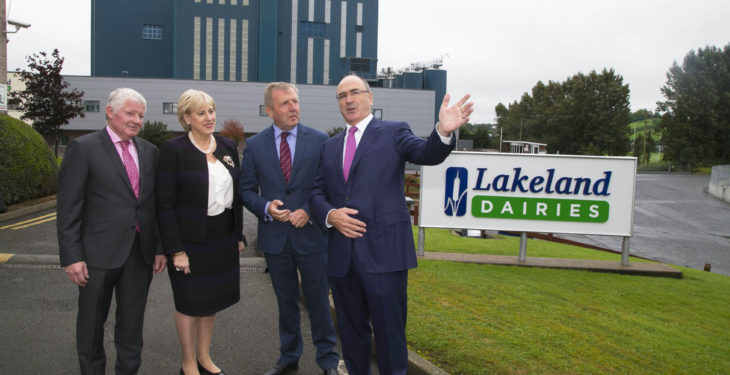 The contract offers two prices; 28p/L for winter milk and another a lower rate for summer milk.

Under the new Lakeland Dairies scheme, farmers will be paid 28p/L for the six months between October and March, and 26p/L from April until September – an average of 27p/L for the year.

Suppliers are allowed to commit up to 10% of their yield, based on their 2016 milk production rates and have until November 3 to make up their minds.

The scheme will run for three years, taking the contract up until December 31 2020.

It comes as north-west dairy business Aurivo announces one of the the highest rate fixed price contracts on the market.

Aurivo’s Northern Irish farmers will be paid 29p/L on up to 10% of their monthly supply for the next three years.

Meanwhile, those in the Republic of Ireland are guaranteed 33.5c/L including VAT on up to 10% of their monthly supply for 36 months, starting in January 2018.

Volatility has been frequently cited as one of the biggest concerns affecting Irish farmers.

Fixed price contracts are becoming more common in the region with United Dairies also joining in with its first ever contract in September.

The contract offered producers 27.2p/L fixed for three years for 10% of the lowest month of production.

Lakeland came under fire after the milk price increased substantially shortly after it offered its first ever fixed price contract. The scheme was unveiled in May last year at a time when the milk price sat at just 17p/L with a price set at 21.75p/L.

Producers were allowed to tie in either 5% or 10% on a voluntary basis.

In the USA raw milk processing is determined by the Farm Bill. There is strong correlation between the cost of inputs and the farm gate milk price protecting dairy farmers.

In New Zealand prices are set by the global milk auctions.

However, in the EU there is a large variation between dairy companies. Speakers at the World Dairy Summit compared the examples of France and Germany – two neighbouring milk-producing countries but with two very different price systems. 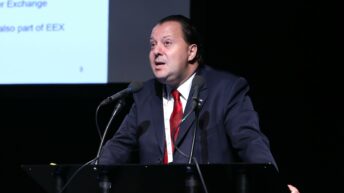 Could futures contracts solve the problem of milk price volatility?