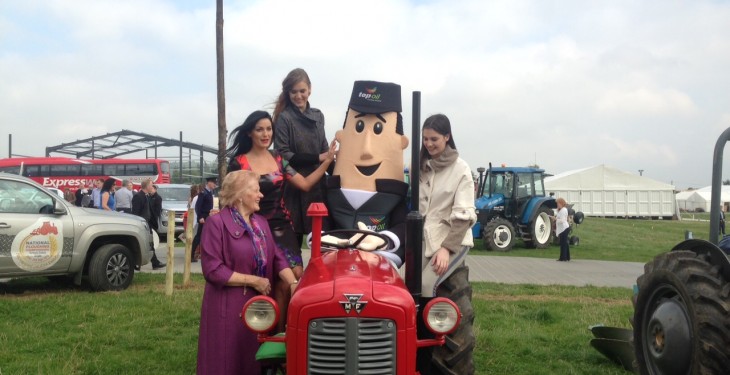 There is just one week, six days, 19 hours and six minutes until the National Ploughing Championships starts – from its official launch party.

And that would not even taken in the ploughing at the event, she said. This year, champion ploughmen Eamonn Tracey and John Whelan were on had to help launch the event along Leo from Fair City and a host of other famous faces.

Dave Duffy (Leo from Fair City) was with a host of fellow cast in costume from ‘The Wild Goose Lodge’ movie which will be launched at the Ploughing.

Set in the early 1800s the movie has music from Finbar Furey and will also feature Anna May McHugh and Anna Marie McHugh of the National Ploughing Association.

Visitors to this year’s Ploughing will have 800 acres to explore with over 1,500 exhibitor stands, including 17 colleges offering agricultural courses in Ireland and the UK.

This is the 84th year of the Ploughing and according to local TD and Minister for Foreign Affairs and Trade Charlie Flanagan it is the highlight of the rural calendar as well as the annual highlight for many people in towns and cities around Ireland.

Up to 200,000 people are expected to visit the three-day event which takes place on September 22-24 just outside Stradbally in Co. Laois.

It takes place mainly on the farm of Clive Carter while neighbouring farmers will also provide land for the ploughing championships and parking.