John Deere’s new 6R and 7R Series tractors and 8000 Series self-propelled forage harvester, will be making their Irish debut on the John Deere stand at the 2015 FTMTA Farm Machinery Show in Punchestown next February.

The tractor is powered by a new 6.8L engine rated at 215hp (97/68 EC), with an extra 40hp boost available for transport and pto work from the intelligent power management (IPM) system.

John Deere says fuel efficiency of this new model can be enhanced by choosing either the established AutoPowr continuously variable transmission or the new, advanced double-clutch DirectDrive transmission.

It says the new CommandARM – as featured on John Deere’s latest 7R and 8R Series tractors – features an electronic joystick and a Generation 4 CommandCenter display. In addition, this FarmSight-ready 6R Series tractor can be fitted with JDLink telematics as an option, to include remote display access (RDA) and wireless data transfer (WDT).

John Deere’s 7310R was the company’s first European tractor to feature a Stage IV compliant engine. Deere says the top of the range 7R Series model produces 310hp at rated engine speed, with an extra 30hp for transport and pto applications, and heads a range of five other tractors from 210 to 290hp. 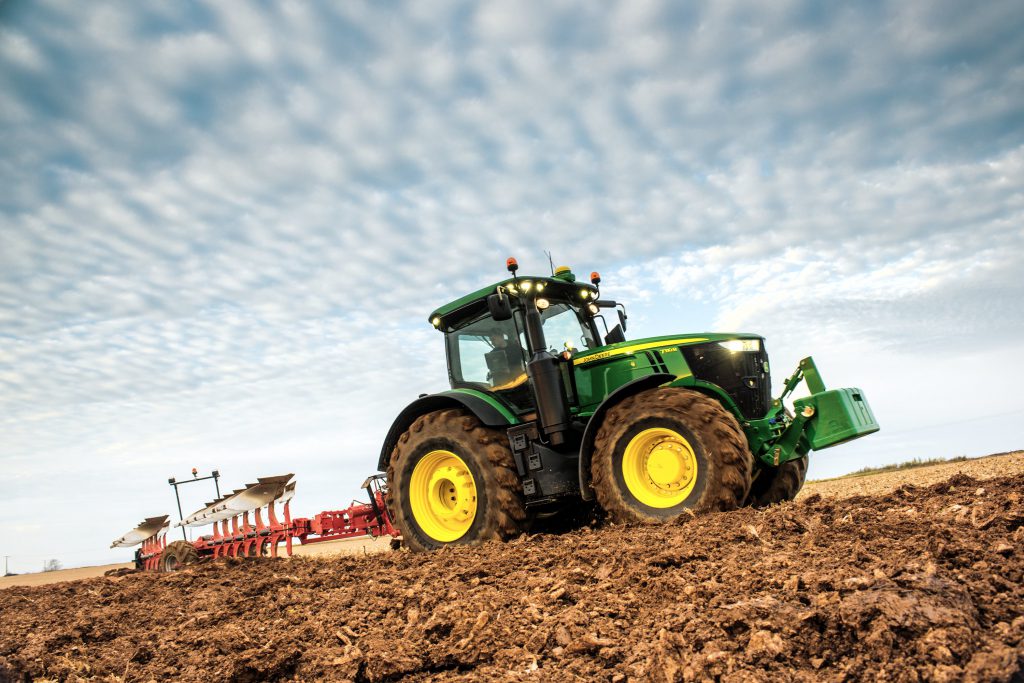 The new 7310R tractor offers a choice of AutoPowr or the newly designed, fully automatic e23 transmission with Efficiency Manager, which has 23 equally spaced power shiftable forward gears and 11 reverse.

John Deere says this allows the operator to preset the working speed, and helps to save fuel by keeping the engine rpm at an optimum speed by automatically shifting up and throttling back.

Other new features on this tractor include the CommandView III cab with CommandArm console and Generation 4 CommandCentre display. Integrated systems also enable the use of John Deere’s FarmSight precision farming technology.

John Deere says it is currently the only forager manufacturer with a proven, accurate, commercially available system for measuring both grass and maize constituents in real time.

Mounted on the forager spout, the versatile HarvestLab system can be removed easily for stationary feed analysis of different forage ingredients and for clamp silage analysis in the winter. 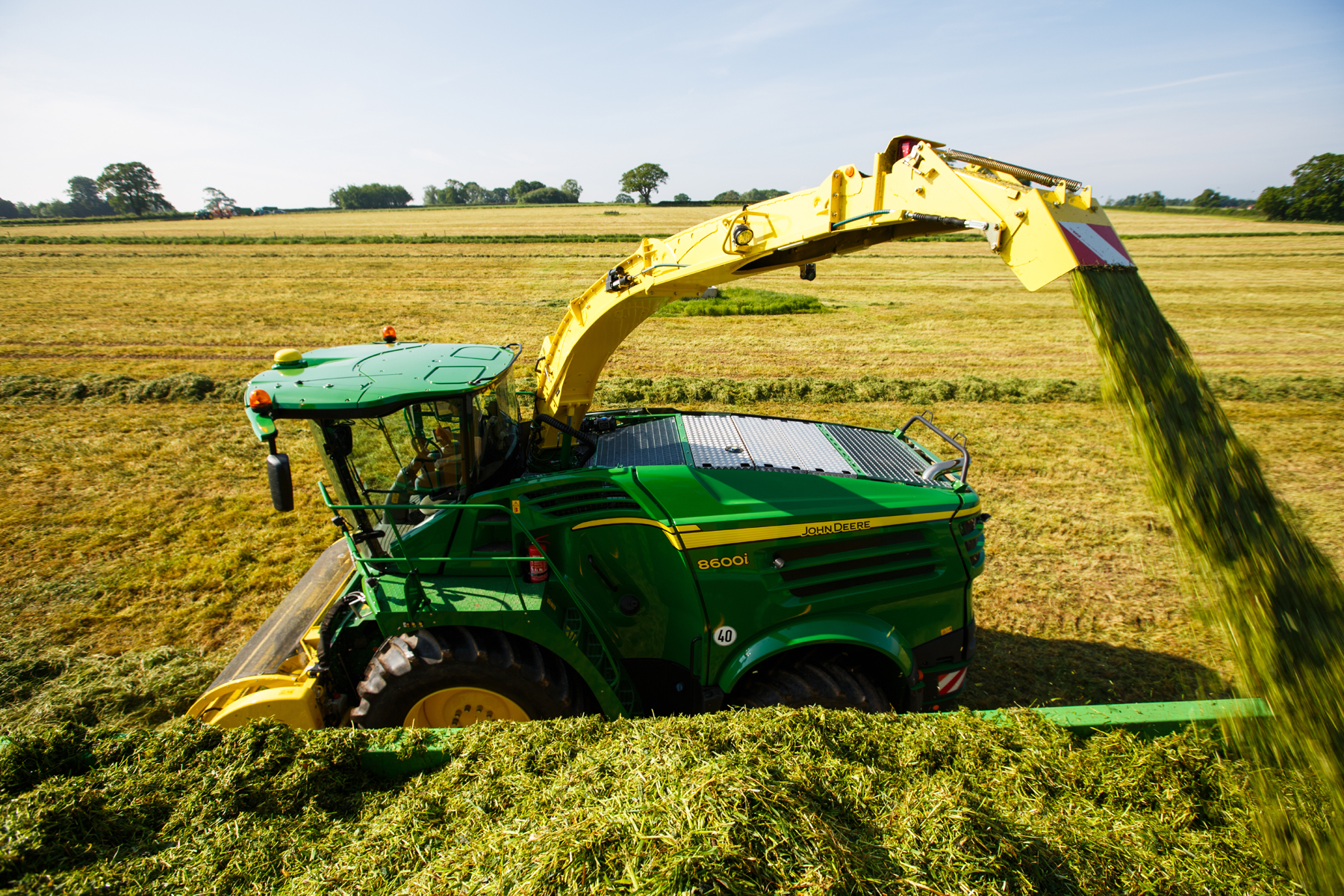