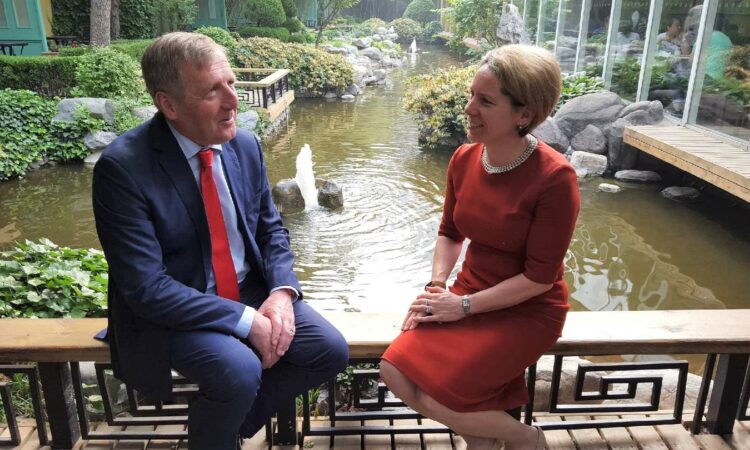 A large delegation of Irish food industry representatives, led by Minister for Agriculture, Food and the Marine Michael Creed kicked off a week-long trade mission to China and Hong Kong yesterday (Sunday, May 13).

Speaking ahead of the mission, Minister Creed underlined the importance of strengthening trading relationships against the background of Brexit, and creating opportunities for the Irish agri-food sector to grow in international markets.

He said: “The value of Irish agri-food exports to China continues to grow and this is welcome. But the partnership between Ireland and China goes far beyond a transactional trading arrangement.

“This is about cooperation at multiple levels. Political visits in both directions at the very highest level, technical engagement between officials providing assurance on food safety standards, and a programme of internships in my department for Chinese veterinary officials, have all played an important part in building trust and developing key relationships.

This mission is an opportunity to strengthen and develop existing relationships. It is imperative that we continue raising the profile of Ireland as a source of quality food and beverages, and expand the range of exports into China and Hong Kong.

Continuing, the minister said: “We have a particular opportunity this week to present the Irish beef sector to potential buyers and distributors, following the recent success in obtaining access to the Chinese market.

“But we also want to build on existing trade links in other areas including dairy, pig meat and seafood. We want to highlight the credentials of Ireland’s food and drink sector from a food safety, sustainability and authenticity perspective, in order to develop a unique selling point for Irish product.”

Dairy exports to China reached €667 million in 2017, and pigmeat exports have increased from €37 million to €100.3 million between 2012 and 2017. China is also a growing market for seafood and other food and drink exports.

The intensive itinerary, encompassing over 20 official engagements in 4 cities including Beijing, Shanghai and Hong Kong begins with political engagements today (Monday, May 14), where Minister Creed will also meet key influencers in the Chinese administration, including Minister Zhang Mao and Minister Han Changfu.

The minister will be accompanied by Tara McCarthy, CEO of Bord Bia, senior representatives from Enterprise Ireland as well as senior executives from Irish companies in the beef, pigmeat, dairy and seafood sectors.

A key engagement in the itinerary will be participation in the leading food event, SIAL, in Shanghai, where Irish companies will have an opportunity to engage with buyers, distributors and manufacturers from China’s food sector.

“Over the last number of years, Bord Bia has focused a range of resources on better understanding the Chinese market. Since 2013, we have undertaken 10 individual consumer insight studies centred on China.

“Our researchers and insight specialists have fully immersed themselves into Chinese communities to better understand how food and drink are consumed,” she said.

This investment allows us to feedback valuable information to Irish exporters to help them better prepare for success, while also informing our own promotional activity in the market.

“This ministerial-led trade mission provides Bord Bia, and the industry, with a timely opportunity to showcase our exports to Chinese buyers and consumers, and I’m happy to say we are embarking on this mission with a significant amount of groundwork already complete.” 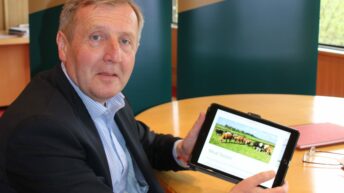