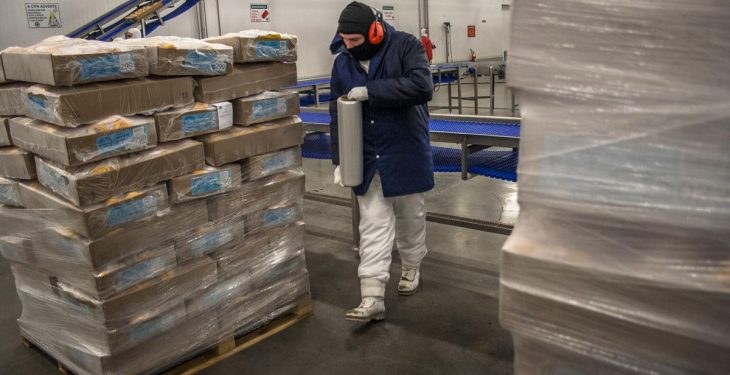 Ireland’s share of the UK imported beef market fell over the first six months of 2016, according to latest figures from the Livestock and Meat Commission in Northern Ireland.

This was an increase from June 2015 levels when 87% of UK beef imports were from EU destinations.

The largest majority of EU beef imported into the UK is sourced from Republic of Ireland with 15,132 tonnes imported from the region during June 2016, according to the LMC.

In June 2015 imports from the Republic accounted for 77% of total EU beef imports while in June 2016 they accounted for 73%, a four percentage point decline year on year.

The LMC says with many of the major processors operating in NI also having businesses in ROI it is likely that a proportion of the beef imported by the UK will have been in carcase form for further processing in NI plants before being returned to ROI.

Over the past week, the British cattle trade continued to feel the effect of slower finishing and less abundant supplies.

According to the AHDB in the UK, with processor’s chill-room stocks depleted and the supply situation giving little opportunity for replenishment, the market continues to sit firmly in producers favour.

Consequently, amid the competitive environment it says the British all prime cattle indicator strengthened another 4p on the week earlier to reach 342.1p/kg.

Prices are now at a price point last realised on the run into Christmas last year. Despite being slightly up on the week earlier, the number of cattle coming forward in the latest week was still trending notably below last year’s position, as has been the case for the past couple of months.