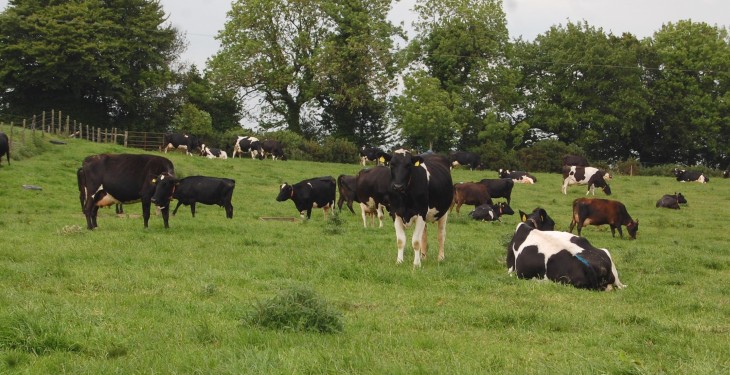 The Minister for Agriculture, Food and the Marine Simon Coveney has remained resolute in his confidence in the future prospects of the dairy sector despite price falls and pressures on global milk markets.

The Minister told the Oireachtas Joint Committee on Agriculture, Food and the Marine this week that: “It’s important to say that the amount of milk that Ireland produces is not going to change dramatically the world price of dairy.”

He outlined: “If you look at what has happened in New Zealand since the mid-1980s when quotas were introduced in the EU, New Zealand produced the same amount of milk as Ireland in 1984 at around 5 billion litres per year.

“We’re at 5.5 billion now and they are at 19 billion per year and they dominate the trade of dairy markets globally. In that period they have quadrupled output and the price of milk is higher than it has ever been.”

However he stressed: “There will be ups and downs. Depending on the season, what’s in storage, Fonterra auctions etc. People shouldn’t panic when they see milk drop by 2c/l. people don’t like to see that. But the idea that farmers producing good quality milk are getting 48-49c/l at the moment. That is not going to be the case for ever it will be up and down. We need to plan for that financially.”

He commented: “We don’t want a generation of Irish dairy farmers to be in that category in 5-10 year’s time.”

He added: “That is why we have Teagasc at the moment holding seminars across the country specifically on dairy expansion and the business plan needed. They are telling farmers to put your plan together on the bases of 28-30 c/l for milk. We need to be cautious and conservative about the business plan we put together.

“In my view the milk price will be much higher than figure. But there will be ups and downs and we have to plan for that.”