One of the most interesting Irish exhibitors at the recent Agritechnica machinery show was Trakjak – the brainchild of Pauric Fay from Cootehill, Co. Cavan.

While it’s not new – it’s been around for a couple of years – it certainly is eye-catching.

The Trakjak uses a tractor’s own lower lift arms to “jack” itself off the ground.

The goal is to make the job of removing or changing a tractor’s back wheels easier and safer.

It is the world’s first two-wheeled jacking device that enables a tractor to stay mobile – after one or both of its rear wheels have been removed. 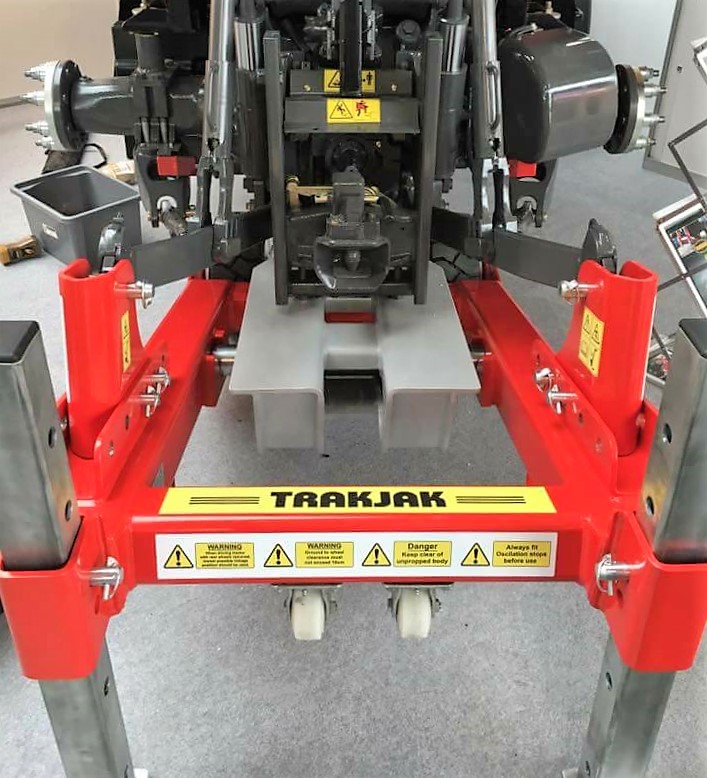 According to Fay, it was the challenge of cleaning and manoeuvring tractors – before and during service and maintenance – which prompted him to develop the Trakjak. He’s already won an award for it, at last year’s LAMMA machinery show in England.

To use the Trakjak, the tractor’s (rear) lift arms are connected to the Trakjak’s frame, which runs underneath the rear of the tractor.

In practice, you just reverse the tractor over the Trakjak; then hook the lift arms into its brackets.

Raising the lift arms pulls the frame towards the tractor’s pick-up hitch. This, through a leverage action, raises the rear of the tractor off the ground. At that point, the tractor’s rear bears down on the Trakjak’s own (small but strong) solid wheels. 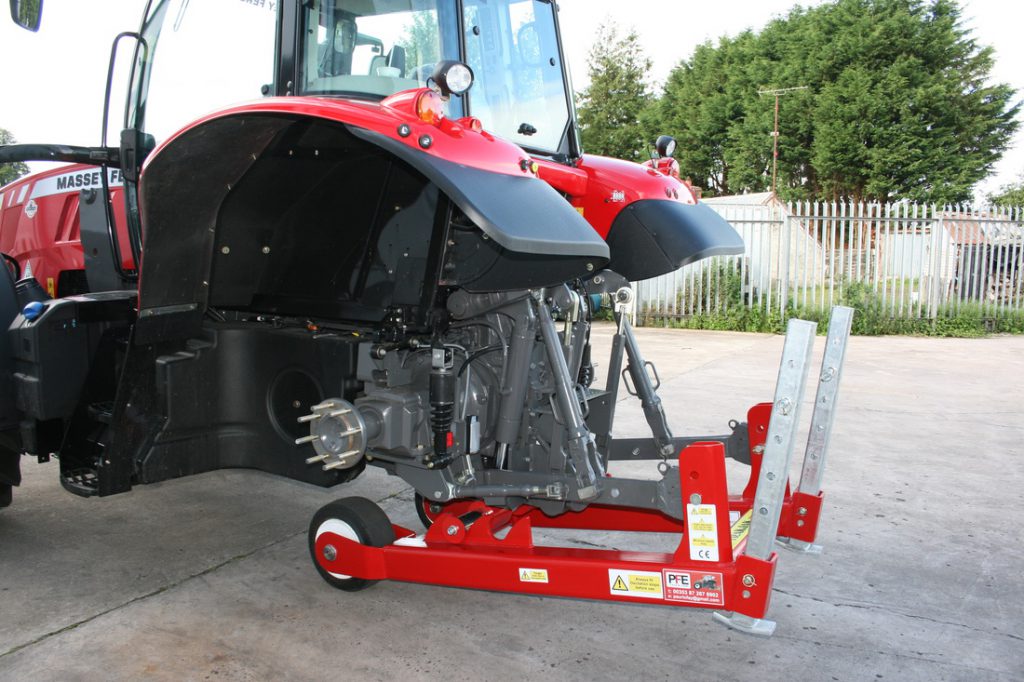 In other words, as the lift arms rise, the whole Trakjak frame pivots. This then pushes the front wheels of the Trakjak down (onto the ground), thus lifting the rear of the tractor.

With the tractor’s rear wheels removed (and 4WD engaged), the Trakjak enables the tractor to be manoeuvred – albeit slowly. The tractor’s front wheels can pull it about – from a workshop to a wash-bay, for example.

Meanwhile, the tractor’s rear wheels (which have been removed) can be left in one spot, while the tractor “drives” to another.

It also makes it easier to fully clean a tractor – ahead of a strip-down or a major repair job. But Fay says it is also suited to removing or changing rear wheels – such as when switching from normal wheels to row-crops.

Safer than messing about

According to Fay, the Trakjak is safer than messing about with bottle jacks and timber blocks – especially when there aren’t proper jacking points on tractors.

It is rated to lift 12t – so that covers the vast majority of agricultural tractors.

The tractor needs at least 1ft of ground clearance, to enable it to reverse over the frame and attach the lift arms. Fay says that it can be configured to work with most models of tractor. 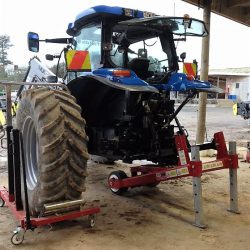 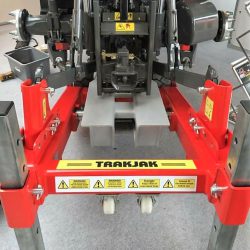 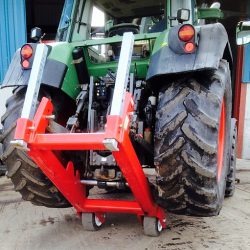 He already has some high-profile customers on the books; Massey Ferguson uses these devices at its workshops and training centre in Stoneleigh – its main UK base.

At Agritechnica, Fay said that he is pushing ahead to find potential buyers – end-users and dealers – out in mainland Europe. He spent his week at the show in Hall 27 – the same location as many other Irish exhibitors.