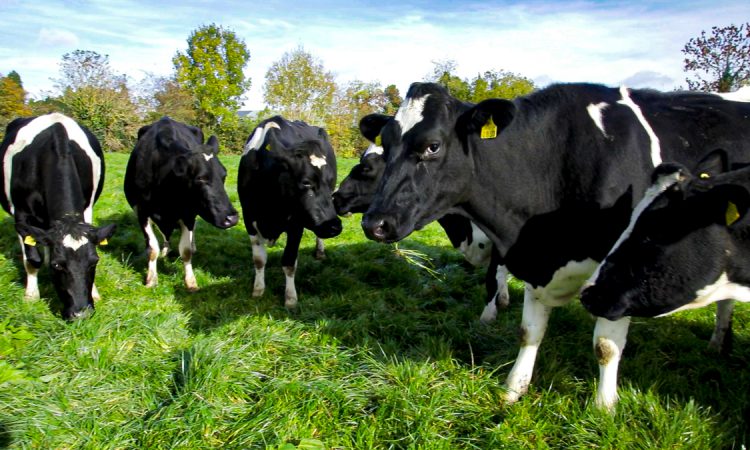 As such, the EPA has again warned that its latest data on ammonia emissions continues to “exceed current EU emissions limits”.

However, the agency also acknowledges that the rate of increase in ammonia emissions has “slowed” over recent years.

In a statement the EPA said: “This latest information shows that ammonia emissions have increased each year from 2016 to 2018.

“Agriculture dominates emissions of ammonia (99%), which arise from animal manures and nitrogen fertiliser.

While the rate of increase has slowed over these years, Ireland is non-compliant with binding EU limits for ammonia over the period.

The report says that continued non-compliance with the ammonia ceiling over the entire compliance period to 2030 is currently projected.

It added that the “widespread adoption” of on-farm measures aimed at reducing emissions, such as the use of protected urea fertilisers and low emissions slurry spreading (LESS), are “now required” to reverse this trend.

“It is important that measures are implemented to reduce emissions and decouple them from economic growth,” the report outlines.

Emission trends ‘unchanged’ in other sectors

But the latest EPA emissions data doesn’t solely relate to agricultural emissions. The figures, released this week, specifically include emission levels for five key air pollutants which impact on air quality, health and the environment.

The information used to compile the EPA’s June 2020 report is sourced from many agencies and Government departments, as well as from annual environmental reports submitted to the EPA by licensed industry and waste management activities.

The report specifically provides details on emissions of air pollutants in Ireland for the period 1990 to 2018 – and projected emissions of these pollutants for 2020 and 2030. It does not include figures on current or potential carbon sinks on Irish farms from, for example, hedgerows and grasslands.

In terms of nitrogen oxides – primarily emitted from transport and diesel-fuelled vehicles – the EPA said that Ireland is also “above its emission limit” since 2010; although it says emissions in this area “decreased slightly” in 2018.

Meanwhile, emissions from non-methane volatile organic compounds – mostly emitted as gases by a wide array of products including: paints; paint strippers; glues; cleaning agents; adhesives…and also from the storage and handling of animal manure and fertilisers in agriculture and from spirit production – showed “marginal changes”.

This trend was also attributed to emissions from fine particulate matter (such as dust) – sourced from vehicle exhaust emissions, soil and road surfaces, construction works and industrial emissions and agriculture.

Finally, emissions of sulphur dioxide (SO2) – derived from the sulphur in fossil fuels such as coal and oil used in combustion activities –  continued its “downward trend”, according to the EPA.

In its statement, the EPA stressed that “the full implementation” of the Government’s Climate Action Plan will deliver “co-benefits” in terms of reducing air pollutants.

In response to further queries on the Irish agricultural sector’s total emissions record, the EPA outlined how the country’s total cattle population has changed since the year 1990 – the first base year from which emission targets were set for member states.

(Under the latest directive for Ireland’s 2030 emission reduction targets, the reduction is relative to the base year of 2005.)

The EPA outlined the following: “Emissions from the national herd (all cattle categories) have increased by 10% in the period 1990 to 2018.

However, the agency said that emissions from the cattle herd in 2018 were “similar” to those in 2017.

Suckler cow numbers reduced by 3.3% between 2017 and 2018. Dairy cow numbers increased by 2.7%, whilst all other categories of cattle decreased by less than 1%.

“Per head, dairy cows are responsible for approximately 1.7 times the NH3 (ammonia) emissions associated with a suckler cow,” it was stated.

Furthermore, the EPA said that nitrogen fertiliser use increased by almost 11% in 2018 to 408,497t of nitrogen.

However, it is important to also note that the EPA emphasised that more recent changes seen in the national herd in 2019 will not be evident until the EPA reports on the year 2019 in quarter one of 2021 – in line with internationally agreed reporting guidelines.Therefore, it also does not incorporate the impact of the Covid-19 pandemic on Ireland’s emission levels.

The table below – which is based on CSO livestock data that is processed by the EPA to establish annual average populations to use in its greenhouse gas and ammonia reports – outlines how the total cattle population in Ireland has changed between 1990 and 2018. Click on the table to enlarge image:

Speaking on the June 2020 emissions report, Dr. Eimear Cotter director of the EPA’s Office of Environmental Sustainability said: “Emissions of all air pollutants need to reduce to protect air quality and health.

“These figures show different trends in emissions of air pollutants – with ammonia emissions increasing and releases of other pollutants remaining relatively unchanged or decreasing.

“Ammonia emissions need to be addressed as a matter of urgency.

The underlying drivers are the use of animal manure and nitrogen fertilisers which can be reduced through widespread adoption of on-farm measures.

Further lower EU limits are also due to come into effect in 2030.

The EPA representative said that the other air pollutants – sulphur dioxide, particulate matter and nitrogen oxides emissions – are “projected to reduce and to be compliant”, provided that planned measures, particularly in relation to the Climate Action Plan, are implemented.

“This depends on switching to cleaner fuels, technology improvements and a significant uptake of electric vehicles.

The United Nations Economic Commission for Europe (UNECE) Convention on Long-Range Transboundary Air Pollution of 1979 was the first international treaty to deal with air pollution on a broad regional basis.

The 32 signatories to the convention agreed the principles of international co-operation for air pollution abatement.

The number of substances covered by the convention, and its protocols, has been gradually extended over time – notably to include ground-level ozone, persistent organic pollutants, heavy metals and particulate matter.

Although Ireland hasn’t yet ratified the Gothenburg Protocol – which sets out national commitments to reduce acidification, eutrophication and ground-level ozone by setting emissions ceilings for sulphur dioxide, nitrogen oxides, volatile organic compounds and ammonia – the European Union has, and therefore, binding national emission ceilings for Ireland are specified in the EU transposition of the protocol under the National Emissions Ceiling (NEC) Directive.

The new NEC directive – which entered into force in December 2016 – sets 2020 and 2030 emission reduction commitments for these five main air pollutants. 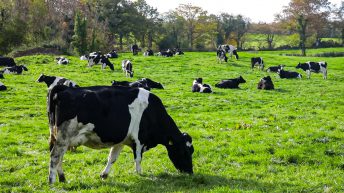