Irish cereal use in the drinks sector

An estimated 46,000ha of Irish tillage land is used to produce approximately 300,000t of grain for the drinks industry here in Ireland each year.

The main ingredient is barley – of different types – and smaller amounts of grains like wheat and rye are used.

According to the Crops 2030 report, published in August, approximately 220,000t of barley are purchased each year to produce approximately 170,000t of malt.

The recent expansion at Boortmalt’s maltings plant in Athy, Co. Kildare, will see the company’s intake of malting barley increase from approximately 125,000t to 175,000t.

The Irish drinks industry has seen huge success in recent years. For example, in 2010 Irish whiskey exports were valued at €200 million and in 2018 that figure had grown to €600 million.

Advertisement
The total value of exports from the drinks industry was €1.4 billion in 2019. This figure is projected to rise to €2 billion by 2030.

However, large amounts of drinks produced in Ireland use imported grain and while the report acknowledged that the Irish climate can sometimes impact on the farmer’s ability to meet specifications, there are other opportunities that could be explored.

For example, the report stated: “Ireland can produce wheat with the necessary high starch yields, and low protein levels for distilling.

“The inclusion of Irish-produced wheat as the primary feedstock for existing and new distilleries will protect the industry’s brand image and help build consumer loyalty based on provenance, traceability and sustainability, supporting Origin Green and distillers’ efforts to promote products based on sustainable production.”

The report also noted that more research into meeting the quality standards for malting barley could help farmers to reach these specifications.

Tourism within the sector is also growing. In 2016, an estimated 650,000 tourists visited Irish whiskey tourist attractions. By 2025, an estimated 1.4 million tourists are expected to visit, spending an estimated €1.9 billion.

The report stated that there is an opportunity to “increase farmer participation as part of the whiskey tourism product”.

Terroir was also seen as an opportunity in the report, as it stated that the potential terroir properties of Irish grain could be exploited. 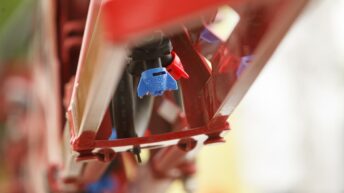 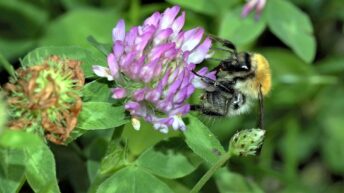