The Irish team has won gold and bronze at the World Ploughing Championships in Canada while Northern Ireland has claimed a bronze medal.

The Irish team was coached by Kilkenny’s Brian Ireland who took on the role for the first time. They will arrive back to Dublin airport on Tuesday.

The Irish team comprises seasoned ploughmen on the world stage. This was Mr Tracey’s eighth time competing at world level and Cochrane is a former world champion. It was Mr Whelan’s fifth time to represent Ireland on the world stage. He won the European reversible ploughing contest twice and is four times senior reversible national champion.

McHugh spoke of her delight at the results: “Both John and Eamonn have done themselves, their families and Irish ploughing proud. The competition at world level is intense; to come out on top twice by winning gold and bronze is beyond our expectations. We look forward to the welcome back home. I am immensely pleased to have had the opportunity to be present here among the other Irish supporters and the world ploughing organisation for such a wonderful occasion.” 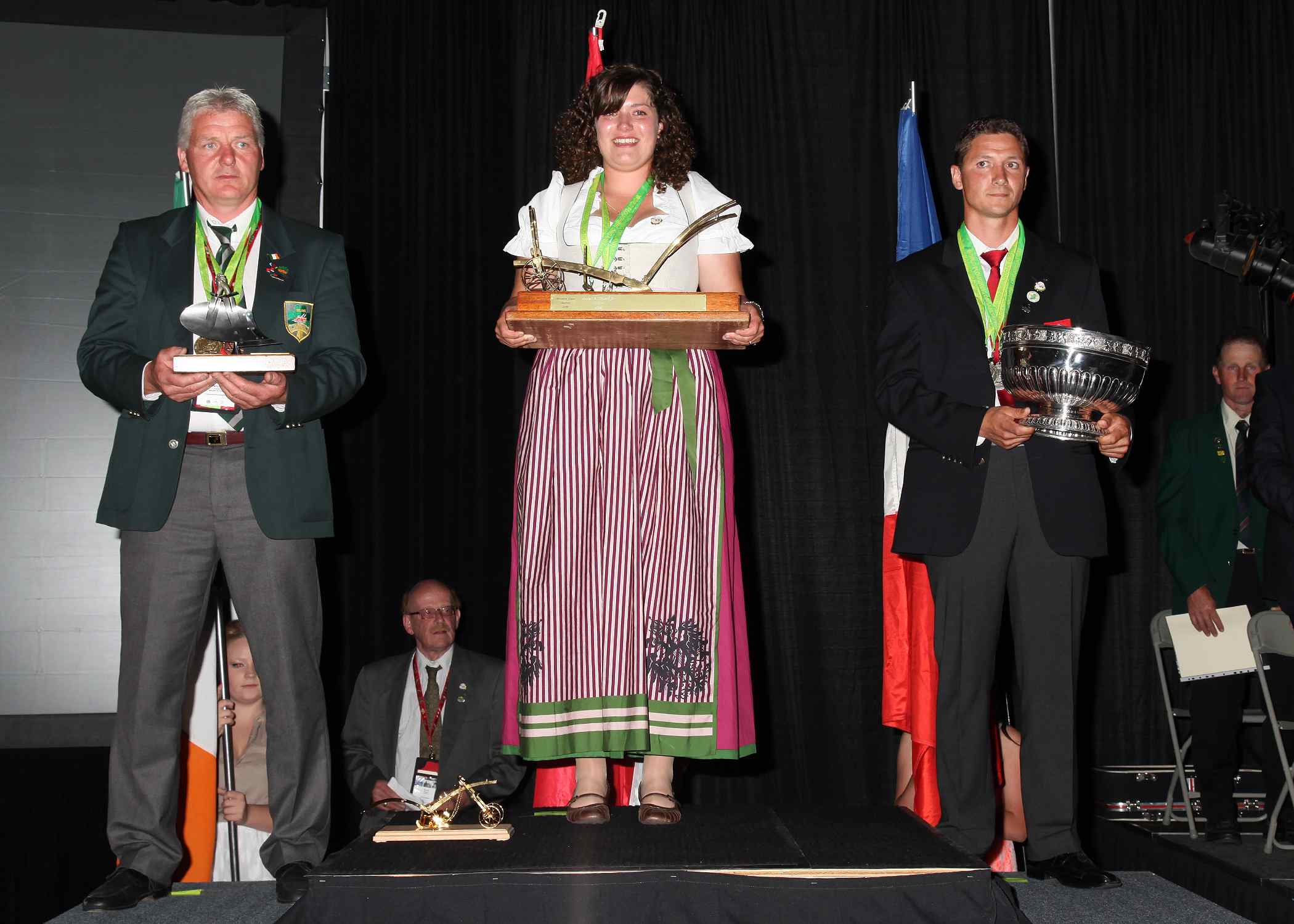 Pictured above: Eamonn Tracey from Carlow came third in the conventional ploughing competition

This story was updated 10.43am with images and a comment from Anna Marie McHugh

Opinion: Why ban the essential practice of ploughing?