Irish beef has performed strongly in the Netherlands in the opening months of 2014, according to Bord Bia.

Imports into the Netherlands of boneless beef, fresh or chilled, are down 44% year on year for the first quarter of 2014.

According to Aonghus Ó Drisceoil, of Bord Bia’s Amsterdam Office, it is against this backdrop, the performance of Irish beef exports (boneless, fresh/chilled) into the Netherlands is all the more impressive.

He outlined that Irish exports are up 36% on Q1 2013. Uruguayan beef has performed strongly in Q1, with exports also up by 36%. However, in making year-on-year comparisons, one must keep in mind that the figures for

Q1 2013 were skewed by disruptions to the market in January and February.

Ó Drisceoil added that Q4 2013 had the highest volume of boneless, fresh and chilled imports from Ireland since Q4 2005. He highlighted that this coincided with the launch of the ‘Honest by Nature’ consumer campaign promoting Irish beef. The figure was 5,269 tonnes for Q4 2013 and 5,304 in 2005.

The table below shows quarterly performance up to March 2014. 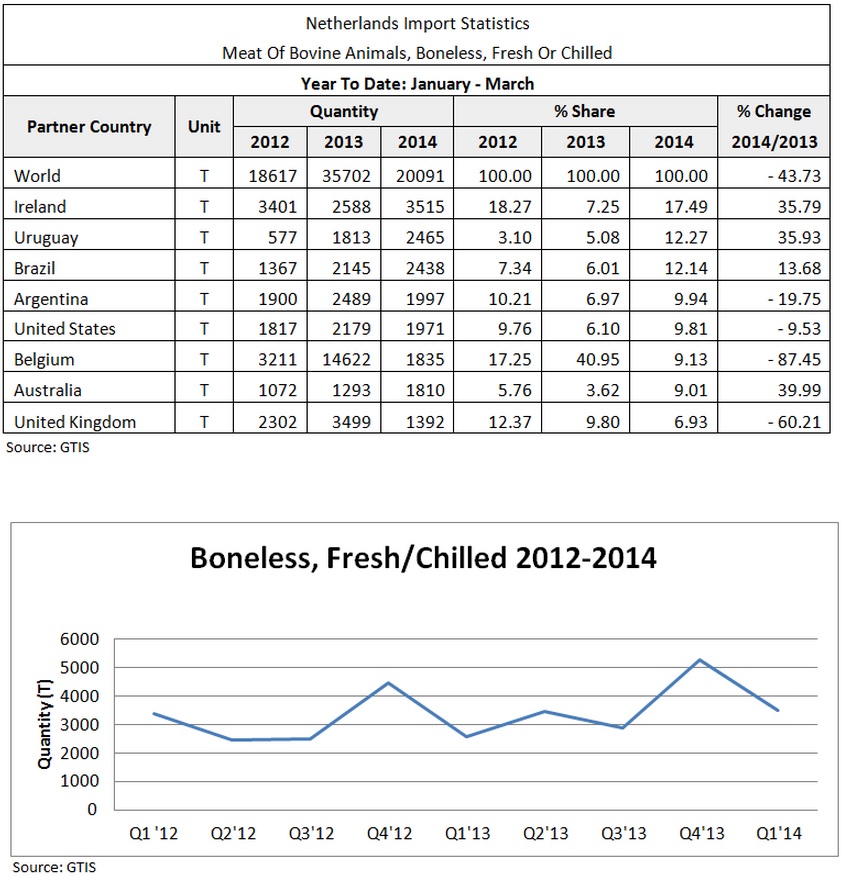