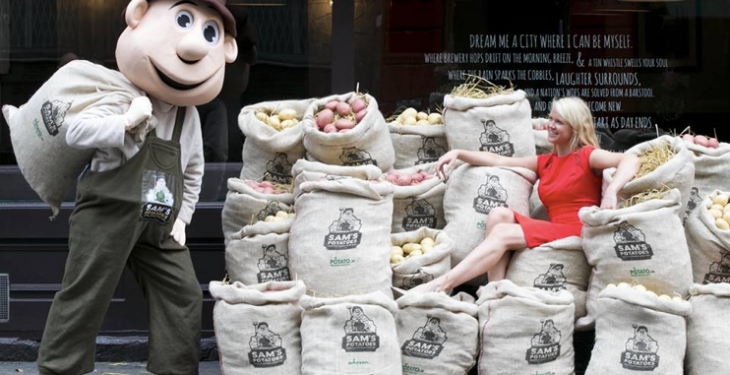 Bord Bia has welcomed the news that Ireland’s National Potato Day is trending worldwide on Twitter.

Its Director of Horticulture Mike Neary said it was fantastic and described today’s events across Ireland as a huge success. In its third year, the celebration brings together all the stakeholders in the agri-industry and Neary remarked digital media is now a key communications channel for its message.

Ireland consumed 175,000 tonnes of potatoes last year, making us one of the highest consumers in Europe, but market research carried out by Bord Bia showed a decrease in consumption in 22 to 44 year olds, now only consuming potatoes two to three times per week.

“The potato sector is the most important sector of horticulture in Ireland, but we are not eating as many potatoes as we use to, young people in particular, so social media as another media communications channel is great.”

Indeed Ireland is celebrating in style today and the main activities taking place include:

Meanwhile Teagasc’s Q&A social media session this afternoon on all things potatoes proved very popular. Michael Hennessy, its tillage specialist, said it was the first time the tillage division of the state agency had “tipped its toe” into social media and he said the question and answer session today proved very successful with great feedback from the general public.

“Social media is another communications channel. We have done surveys with tillage farmers across Ireland and we know 30 per cent of those farmers have smart phones and can interact on social media and on the Teagasc Crop twitter and Facebook account. It is a quick and easy way of  getting information out. We use every channel we can.”

Irish National Potato Day celebrations are still continuing throughout the day, below is snapshot of the many activities.