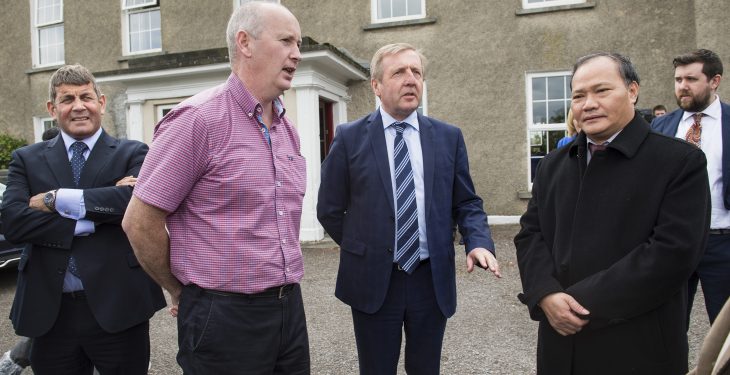 The Minister for Agriculture, Food and the Marine, Michael Creed, together with the Minister of State in the Department, Andrew Doyle, held discussions with the Deputy Prime Minister of Vietnam, Trinh Dinh Dung, during his visit to Ireland this week.

The meeting followed on from an Irish agri-food trade mission to Vietnam last September, and focused on collaboration between both countries in the area of trade, agriculture and food.

Commenting on the meeting Minister Creed said: “Trade between Ireland and Vietnam continues to grow across many different sectors of the economy, especially agri-food. I was delighted to have the opportunity to deepen our relationship with a country that is a significant net importer of food.

“We are very aware of the challenges Vietnam is facing in modernising its economy and, specifically, in the agriculture sector. We remain committed to working with Vietnam – assisting in its economic development in any way we can.

We think that Ireland can bring particular assistance to Vietnam on the development of sustainable agriculture, but also that we can be an important source of high-quality food products for its growing population.

Both ministers hosted the visiting delegation on a dairy farm in Fermoy Co. Cork, before visiting the Teagasc centre in nearby Moorepark. The farm is owned by Clement and Eileen Twomey who supply Dairygold from their 120-cow farm, which slopes down to the banks of the Blackwater.

The Teagasc visit was hosted by its Director, Prof. Gerry Boyle and showcased its ongoing research work and also its scope for engaging bilaterally with similar institutions in Vietnam. A Teagasc team had visited Vietnam last September; further joint projects are planned.

Minister Doyle added: “I was delighted last September to lead the first ever Ministerial Irish food and drink trade mission to Vietnam. We certainly achieved our main objective of raising the profile of Ireland as a source for safe, secure and sustainably-produced food.

“While there is existing trade in Irish dairy, pigmeat and seafood we know that the potential is there for this to significantly grow. With a young, open and well-educated population of 90 million and a growing middle class, this is a market with enormous potential for our exporters.

I was delighted to follow up on that mission with further discussions and specifically to advance the case for Irish beef access, which we had discussed last September.

Minister Creed added: “The meetings were another step in strengthening co-operation and trade. The Deputy Prime Minister and I discussed potential mutual benefit in an EU-Vietnam Free-Trade Agreement, which is advancing at EU level.

“This was the second high-profile visit to Ireland this week by a major Asian country, following the visit by China. It allowed us the opportunity the showcase the best of what the Irish agri-food sector has to offer. Increasing Ireland’s profile like this will be essential to the growth of the food sector and is part of the Government’s wider response to the threats posed by Brexit.”

Ireland’s food exports to Vietnam have grown six-fold in six years, according to the Department. Last year, they were worth almost €54 million. While dairy products were the most valuable, pigmeat, beverages and seafood also contributed.

The population of Vietnam is set to rise to 100 million people by 2024; this is equivalent to around one fifth of the current EU-28 population. The rate of urbanisation is set to reach 40% by 2024.

Interestingly, Vietnam is the sixth largest pork producer in the world. Pork accounts for 65% of its national meat consumption – or around four million tonnes. 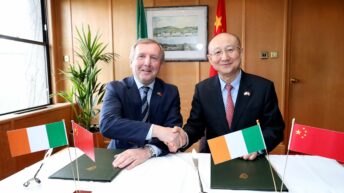