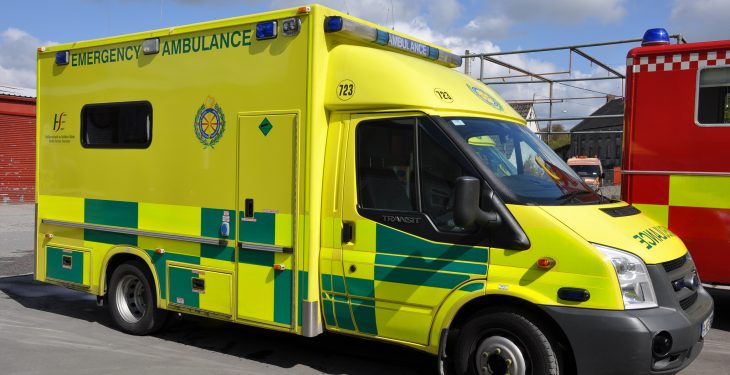 Gardai are investigating the tragic death of a 73-year-old farmer following an incident involving a tractor, according to reports in the Irish Mirror.

Michael O’Loughlin, a father of three, was reportedly found collapsed by his tractor near his home at Moanreel, Ennistymon in Co. Clare.

The incident, which is being treated as a tragic accident, is said to have happened on Thursday evening.

It is believed that family members saw Mr O’Loughlin lying on the ground near the tractor and ran to his aid. An ambulance and two units of the fire brigade from Ennistymon were reportedly sent to the scene.

Gardai are investigating the tragedy. It is believed that Mr O’Loughlin may have fallen out of the tractor onto the ground, possibly sustaining a head injury in the fall.

Mr O’Loughlin is survived by his wife Maureen, sons Joe and Paul as well as his daughter Sile.

Separate incident in Co. Down

Earlier this week, a young motorcyclist died following a collision with a tractor in Northern Ireland – on Wednesday, April 19.

The motorcyclist was named as 21-year-old James Campbell, who lived in the local area, according to the Police Service of Northern Ireland (PSNI).

The collision took place on the Ballymacanallen Road near the village of Gilford, Co. Down.

PSNI officers are appealing for anyone with information about the accident to come forward. The PSNI are particularly eager to hear from anyone travelling along the Ballmacanallen Road at around 1:20pm that day.

Emergency services were called to the scene, which is on the border of counties Down and Armagh. The road was closed following the crash and local diversions were put in place by the PSNI, while an investigation was being carried out.

A significant number of emergency service staff remained at the scene for a considerable amount of time following the accident.

Young motorcyclist dies following a collision with a tractor