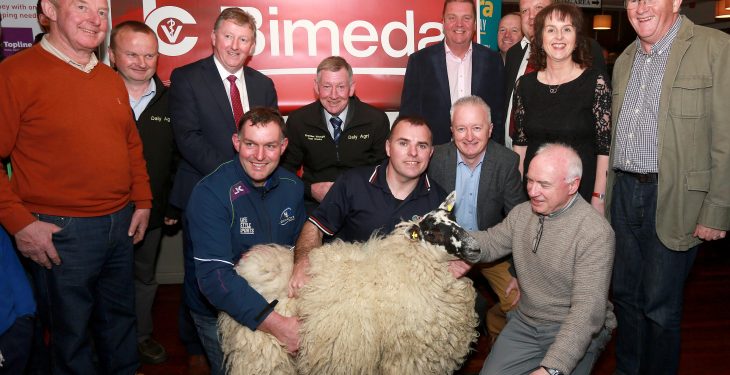 Two major sheep shearing festivals, set to take place in the west of Ireland over the coming weeks, are hoping to draw in big crowds.

The Connacht Sheep Shearing Festival is scheduled to take place on Sunday, May 21, in Corofin in north Co. Galway.

Organisers are hoping it will be “one of the largest events the region has ever seen”. The day itself will include a number of Connacht finals in sheep shearing, a sheep show with various categories and a dog show.

Plans are also in motion to run the largest tractor run ever seen in Connacht, with tractors set to leave the village at 11am.

Following some negotiations, the tractors will be allowed to drive along the new Gort–Tuam motorway; a stretch of road that won’t be opened to the public until November.

A ‘major’ food emporium and a range of trade stands, showcasing the “finest products” from the west of Ireland, has been organised.

A baking competition, a bonny baby show, amusements and fun games will also be on offer to visitors; the festival regularly attracts a following from all over Ireland and even the UK.

The grounds of St. Brigid’s GAA club in Kiltoom, Co. Roscommon, will be taken over by the 2017 ‘Kepak All-Ireland and All-Nations Sheep Shearing and Wool Handling Championships’.

The event will be launched at the end of this month and will take place over the June bank holiday weekend.

A large number of visitors are expected to attend the weekend-long championships, which will be hosted in conjunction with the Irish Sheep Shearers’ Association.

It promises to be a memorable weekend and, to make this happen, a massive community effort is needed, Chairman of the Organising Committee Tomas Beades said.

St. Brigid’s is putting in place a full weekend programme and would greatly appreciate as many people as possible getting involved in this local community event.

“We would once again encourage everyone to get out and support the event and would like to acknowledge the sponsors who have shown their support to date, particularly our main sponsor Kepak,” he added.

Over 200 competitors are expected to take part, shearing 2,200 sheep across 19 different categories in two days.

In addition to the sheep shearing competitions, there will be a range of other attractions; including nightly entertainment, children’s activities, arts and crafts, artisan food, heritage features, sheep shows, sheepdog trials, trade stands, cookery demonstrations and a food quarter.

The event also boasts a number of highlights including a vintage display, sheep breeds demonstrations, sheep racing, fashion shows and a football skills tests which will continue throughout the weekend.

Shearing is expected to get under way at 7am on Saturday, June 3; by nightfall the Irish Open Champion will be crowned. On Sunday, the event will take on an international flavour with a Six Nations Team competition featuring the Republic of Ireland, Northern Ireland, Scotland, England, Wales and France. 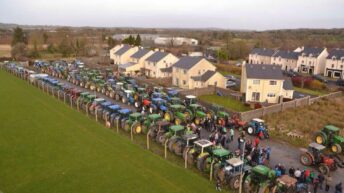 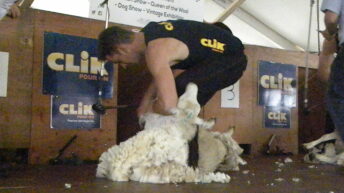