Industry has delivered on price – MII 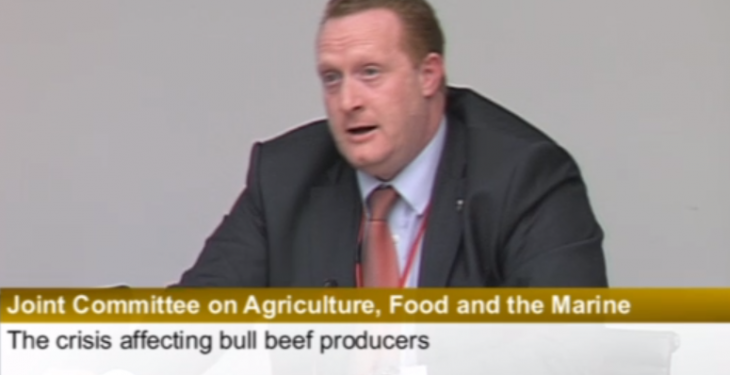 The beef industry has delivered on price in the past number of years, according to Cormac Healy of Meat Industry Ireland (MII).

Speaking this afternoon to the Joint Committee on Agriculture he said: there has been 40 per cent increase in finished cattle price over past four years, representing an additional €1.5bn to Irish beef farmers.

“I firmly believe a lot has been done in moving towards meeting their targets. We are in a good and strong position. But there are still issues.”

Healy noted Ireland’s export dependency in terms of beef. He said: “There is not a substantial domestic market here underpinning price like in other European countries.”

He highlighted the success the industry has had on the retail side in Europe. “Irish beef listed with more retailers than beef from any other origin. The industry has invested heavily in marketing.”

On the current market situation, Healy outlined a number of key issues. He said consumption is under pressure due to the economic downturn, which has lead to weaker consumer spending power”.

He stated: “Many key export markets are in Recession.”

Pigmeat has also been an issue according to Healy. “Greater volumes of additional pork is on EU market due to Russia ban,” he said.

Healy also was keen to point out there is significant stock levels across industry. “All the product is not moving at present.” He added that production is up in the EU.

In completing his market overview, he added: “UK prices falling since October and only starting to stabilise now. Price fall has not only effected Ireland.”

On the key issue of market specifications Healy noted a number of key points from the industry’s perspective.

“Steer/heifer grass-fed beef is our unique selling point. This is what our key UK market requires. It has been a clear message from consumers and key customers for years now.

On young bulls Healy stressed: “UK retail requirement is for young bulls under 16 month only. There is limited opportunity for some older young bulls in Continental markets. But they are processor specific.

He added: “MII has prepared and will publish shortly a draft industry communication to again highlight importance of specification adherence.”

“The industry has responded to calls to increase the young bull kill and it is up seven per cent year to date.”

Healy concluded by saying: “The beef sector has performed strongly in terms of marketing performance and price delivery in the past number of years. The weakening price in recent weeks is due to market conditions, but prices are still at upper end of EU market.”