‘I’m not presenting myself as a victim. I am a legitimate target as a public representative’ 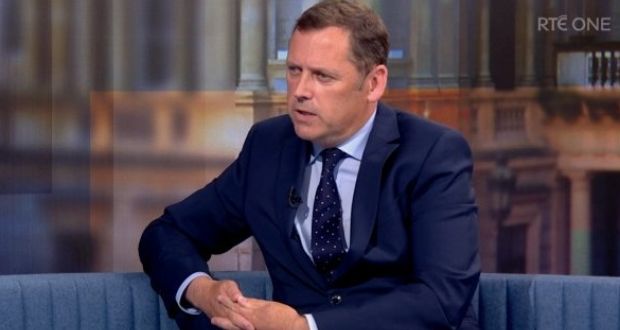 Barry Cowen has said he is “not going anywhere”, vowing to continue being a public representative for his constituency.

The former Minister for Agriculture, Food and the Marine was removed from this position by Taoiseach Micheál Martin on Tuesday, July 14, in the Dáil after failing to answer questions put towards him by TDs following allegations that he attempted to avoid a Garda checkpoint in 2016.

This development came on the back of a drink-driving controversy involving Cowen.

‘I’m not presenting myself as a victim’

Speaking to Liam Dumpleton on Midlands 103 on Saturday morning, Barry Cowen said he is “thick-skinned and has seen it before” with regard to the public scrutiny he endured.

“I’ve seen the power of the media, but I recognise it can only go so far,” he said.

“I’ll never be led and said by them to the extent some might have wanted me to do. Social media has great attributes but it can cause great harm.

I’m not presenting myself as a victim. I am a legitimate target as a public representative.

Describing the situation as “bigger than him and definitely bigger than Micheál Martin”, he said that politics is “no different to life”.

“There are ups and downs. It can be a cruel game, but you pick yourself up and you dust yourself off and you move on,” he said.

“You have to show leadership and resilience and you have to show that life will hit you some blows – some a lot more severe than others. The blow I have had, as difficult as it is, is miniature compared to many difficulties that other people have.”

‘People expect me to do a job’

Cowen stressed that he is “not going anywhere” and wants to continue being a representative for the people of Co. Offaly.

“I’m going to continue to find myself in a position of strength where I can be in government again,” he continued.

We [Cowens] are around a long time and we wouldn’t be there without the work that we do. I will get back to work and back to helping people.

“People expect me to do a job; not wallow in sympathy.”

Cowen said that his “stupid mistake” is behind him.

“I was penalised properly and effectively. Humiliation and embarrassment was added to the last number of weeks,” he continued.

Cowen said the support he has received from his community is similar to that of when his brother, Brian – a former Taoiseach – suffered illness.

“When Brian got sick, there was great help and assistance. That remains the case,” he said.

‘Couldn’t stay on the same team’

Cowen added that he has not spoken to Taoiseach Micheál Martin since he terminated his appointment as minister.

“There was a difference between myself and the Taoiseach as to how this issue would evolve over the coming weeks,” he said.

“He [Micheál Martin] is the Taoiseach of the country. It is his prerogative and he has to abide by the rules of the state.”

Cowen said they both “differed in opinions and ultimately couldn’t stay on the same team”.

Cowen’s position as Minister for Agriculture, Food and the Marine was passed on to Dara Calleary. Calleary, the Fianna Fáil deputy leader, was appointed as the new minister by Micheál Martin last week in the Dáil.

Sheep farmers called on to make their voices heard