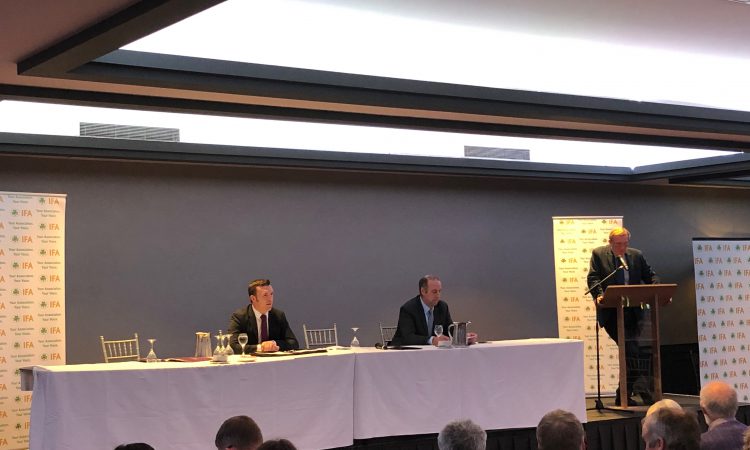 At the Irish Farmers’ Association’s (IFA’s) presidential election debate in Ballincollig, Co. Cork last night, candidates for the position of deputy president were quizzed on their plans to tackle below-cost selling of Irish farm produce.

The two candidates in the running for the deputy job are Thomas Cooney and Brian Rushe.

The debate took place in the Oriel Hotel, Ballincollig, Co. Cork, at 8:30pm – in the home county of presidential candidate John Coughlan and was attended by almost 300 people. 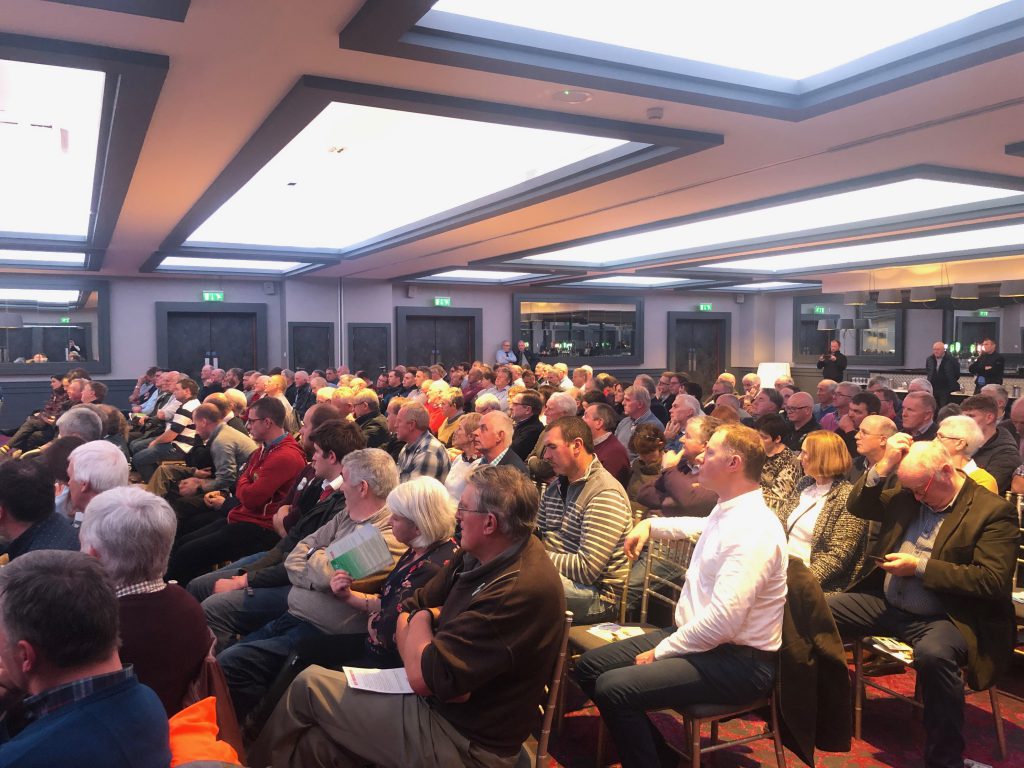 Responding to the question from the floor, Thomas Cooney stressed that “an independent regulator is needed” in Ireland.

He said: “We have been calling on Government to appoint one” and noted that an independent regulator currently exists in the UK.

In many supermarkets, Irish beef, poultry and pork products are often reduced to half price to get people in the door to buy other products. That cannot be allowed.

He said that the issue needs to be regulated and acknowledged that there is regulation on Unfair Trading Practices in Europe but said: “That has to be transcended into Irish law and ban below-cost selling by our Irish retailers.”

Rushe outlined: “Currently in Ireland we have the Consumer Protection Authority, the Competition Authority and the two of them are antagonistic.

You can’t protect the primary producer by ensuring the consumer has cheap food.

“The primary producer has to be protected and I would call on a below-cost selling ban on all fresh food because it’s devaluing fresh food.”

He added: “It has to be a strong regulator with teeth because the current competition authority has no teeth.”