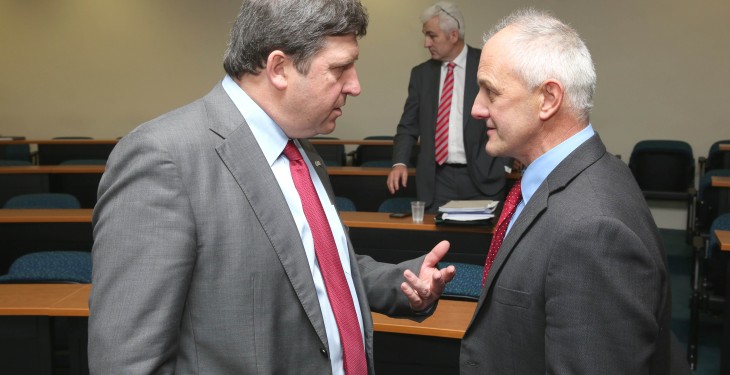 The latest from the IFA crisis meeting, officially released by the IFA, is that the Executive Committee has ratified the review by Con Lucey and is inviting its members to make submissions to the review.

Con Lucey said, “The terms of reference of the review are quite broad and I will focus on the main issues and make practical recommendations.  I will be forward-looking, but learning from the recent past.  The recommendations will reflect the fact that times and corporate governance standards have changed; businesses and organisations are now subject to greater scrutiny as regards how they operate”.

Tim O’Leary confirmed that Con Lucey has agreed to examine all aspects of the remuneration package of the former General Secretary from his appointment in 2009 until he resigned in 2015. He will do the same for the President and the Deputy President in order to provide the membership with full transparency.

Mr Lucey said he will make recommendations regarding the Remuneration Committee, which will be responsible for recommending the actual levels of pay for the General Secretary, President and Deputy President to the Executive Council.

Con Lucey has also agreed to review the expenses of voluntary officers in the Association.

On the levels of executive staff salaries in IFA, Con Lucey has agreed to carry out a full review and make recommendations.

Tim O’Leary said IFA will make all of our financial information available to Con Lucey for this part of his work.

Con Lucey said, “A voluntary, representative organisation such as IFA needs to be above suspicion in everything it does, in order to both maintain the trust of the members, and to maintain its good image in the media and wider society”.

“IFA has long-established decision-making structures, including Executive Council as the governing body and National Committees as the policy-formulating structures at the sectoral and specialist levels. It is important that these structures are observed and respected.”

Members should make submissions to [email protected] by Monday, December 7.