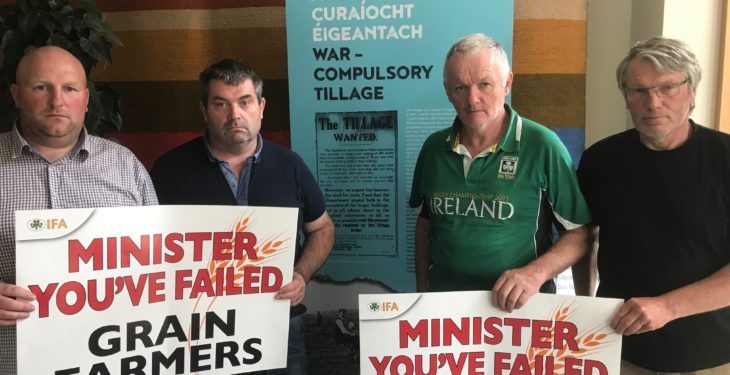 Four members of the IFA Grain Committee are preparing for their fifth night occupying the Department of Agriculture offices in Kildare Street in Dublin.

The four farmers – Liam Dunne from Kildare who is the chairman of the IFA Grain Committee, James Hill from Wicklow, Peter Lynch from Donegal and Kieran McEvoy from Laois – have been staying in the department offices each night since last Wednesday.

They are occupying the offices in protest over the details of the crisis fund for grain farmers who lost crops in 2016, due to unprecedented weather conditions.

According to the IFA, farmers from around the country have been coming to Dublin since last Wednesday to support them – now affectionately known as the ‘IFA 4’.

IFA president Joe Healy said: “These farmers don’t stand to benefit from the scheme themselves, but they are an example of the resolve within the organisation. While we are in regular contact with the minister and his officials, a proposal to bring the occupation to an end has yet to be found.

“In previous negotiations between the IFA and the department, we had reluctantly accepted that a limit of €15,000 [per applicant] would have to be applied to the scheme – due to restrictive EU state aid rules. However, the IFA was taken aback when a department spokesman confirmed there would be a €5000 limit,” Healy said.

Speaking during the week, Healy said that the manner in which tillage farmers, who lost crops last year during the difficult harvest, have been treated by the minister and the department was “shoddy”.

He said: “I think it is bad form and unacceptable that this has dragged on since last September. The farmers in question, that we are representing and that we are so concerned about, have had their livelihoods threatened.” 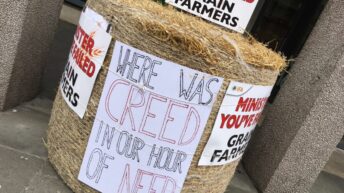 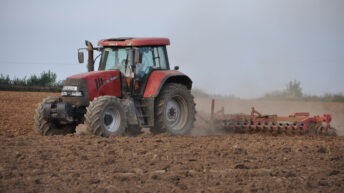