Victor Jackson, who farms in Kiltegan, Co. Wicklow, offered 54 heifers from his Crossnacole Herd for auction on the day. The heifers ranged from show-aged calves right through to in-calf heifers.

The IHFA described it as one of the finest line-ups of heifers ever to be offered at a sale in Ireland, in terms of cow families, sire stacks, production, protein and conformation.

Prior to the sale, Jackson said he held nothing back.

Best on the day

The top-priced heifer on the day was Crossnacole Brokaw Fame. She’s a November-calving heifer, scanned for a female calf to Mr Apples Armani.

The potential fifth-generation ‘Excellent’ from the Fame family sold for €6,500. 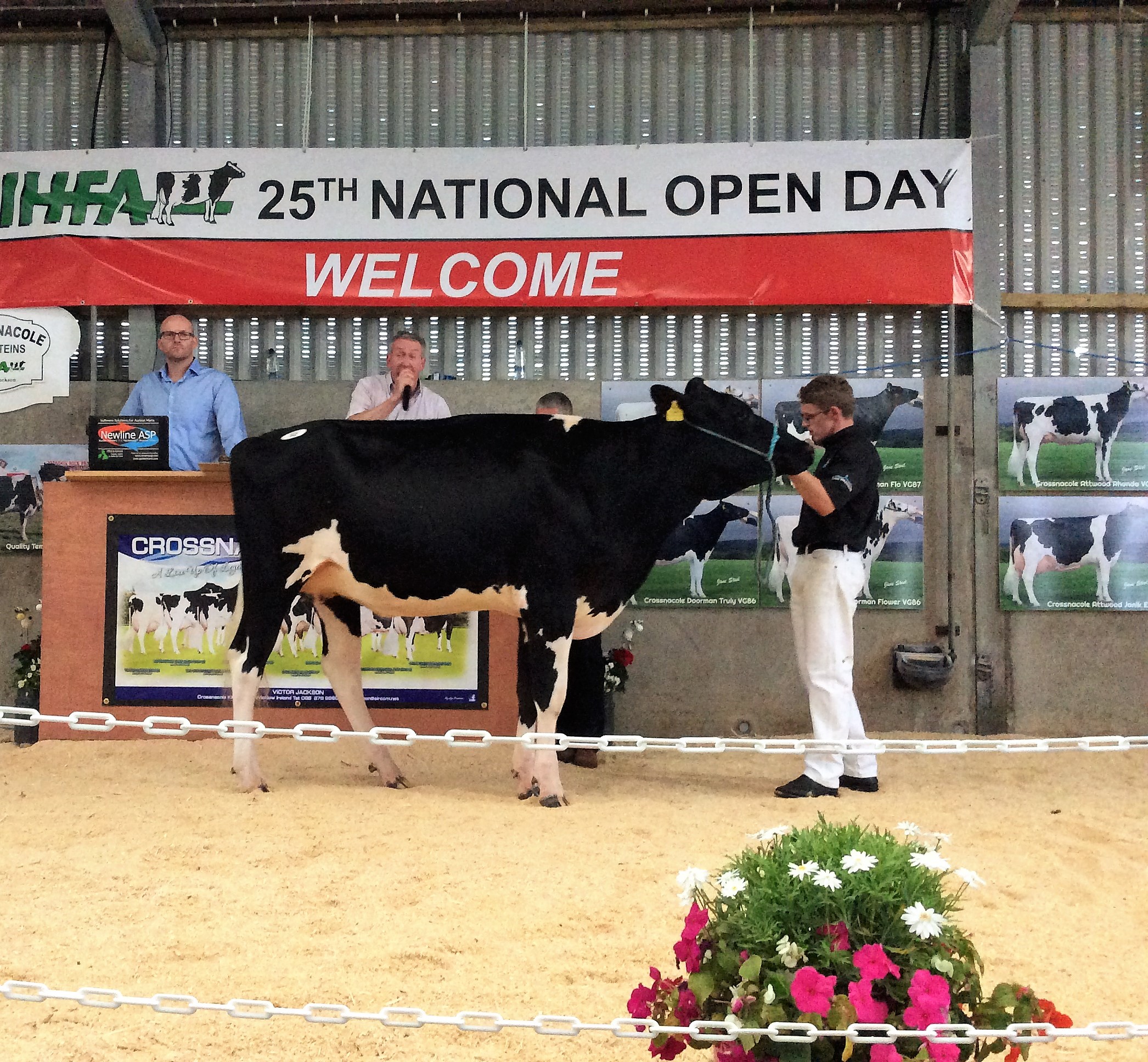 The Paradise family has flourished at Crossnacole since its introduction from the USA. There are five generations of the family alive on the farm.

One of the 15 Paradise family members offered on the day, Crossnacole Brokaw Paradise, sold for €5,000 – the second best price on the day. The heifer is due to calve in January and has the potential to be a ninth-generation ‘Very Good’ / ‘Excellent’ Paradise. 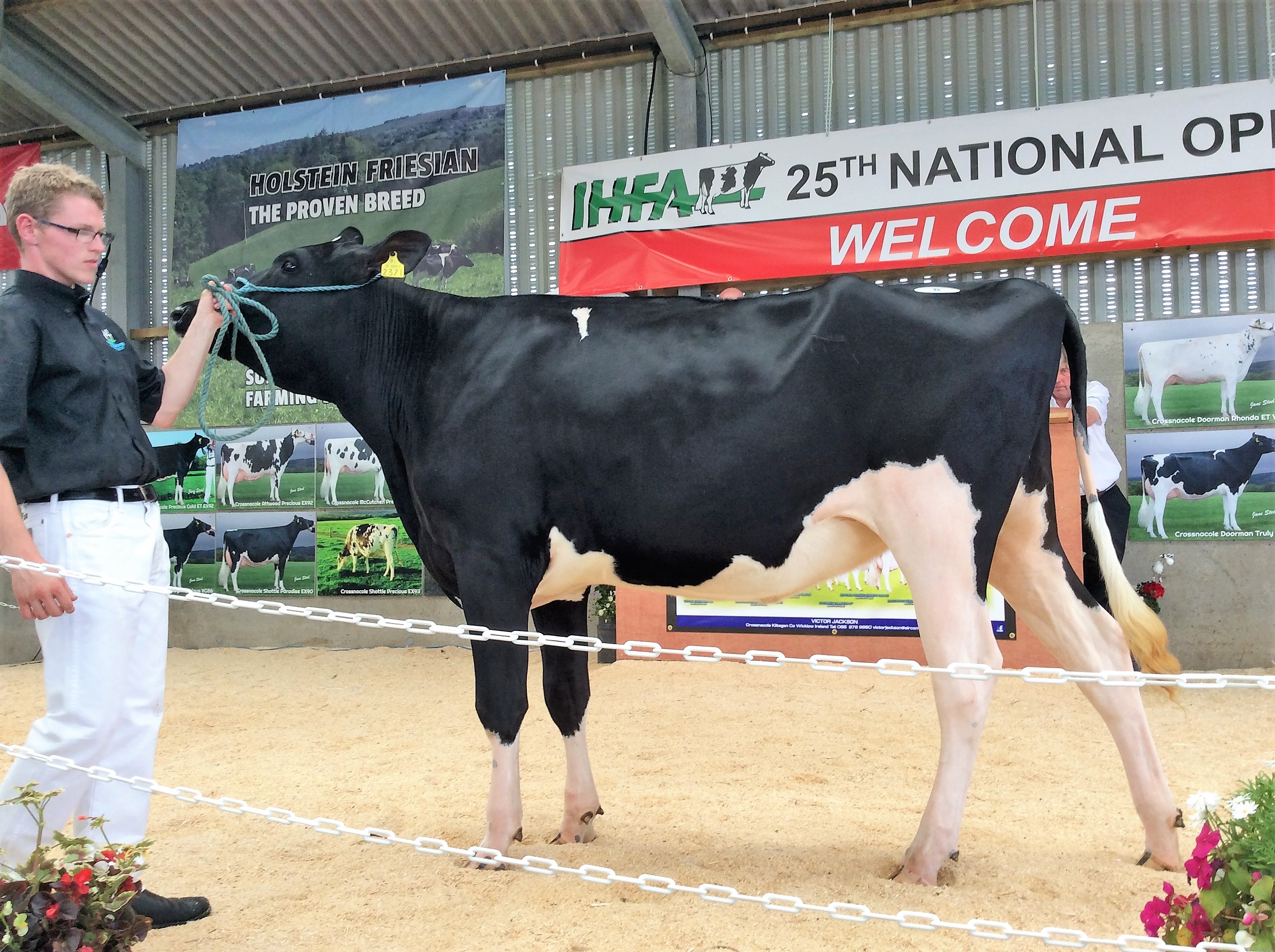 Crossnacole McCutchen Precious, a January-calving heifer, “filled the ring”. She is scanned in-calf to Toc Farm Fitz. The potential seventh-generation ‘Excellent’ sold for €4,000. 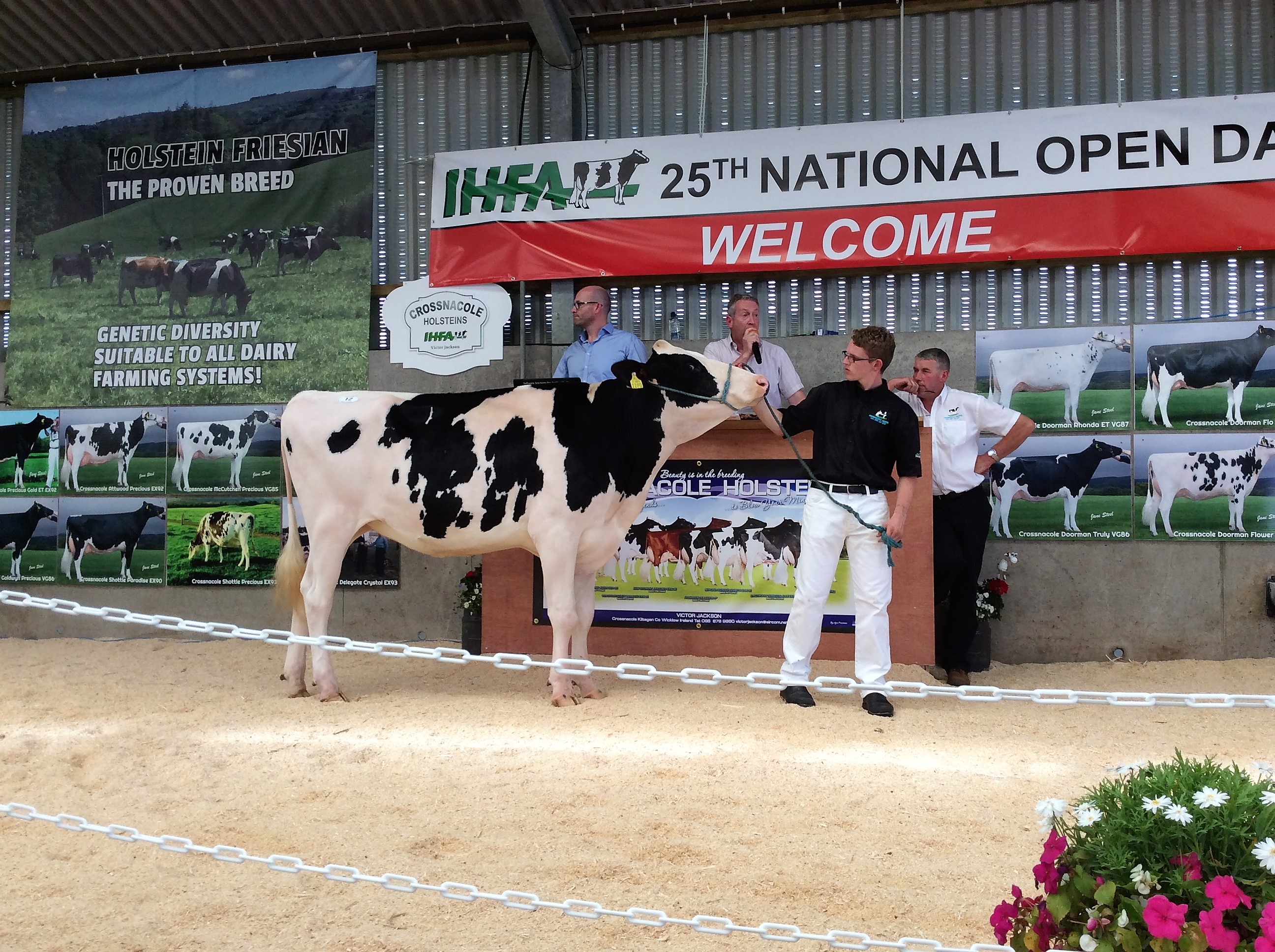 Crossnacole Uno Amy, of the Chief Adeen family, topped the yearling heifer category. The September-born heifer was in demand and reached €4,000. 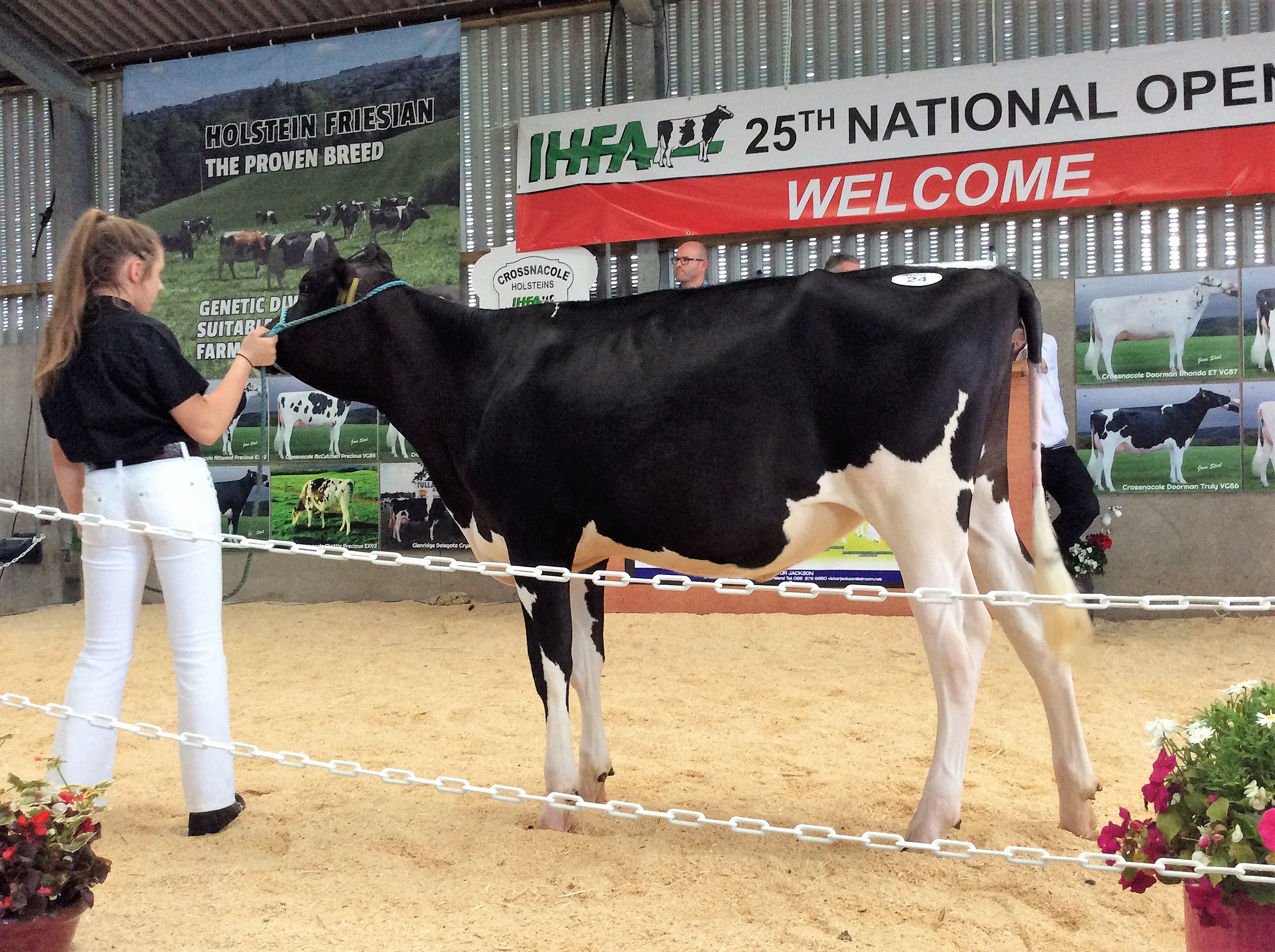 Another September-born heifer that did well on the day was Crossnacole Beemer Precious. Her dam, Crossnacole Goldwyn Precious, is one of Jackson’s favourite cows in the herd. This heifer sold for €3,400. 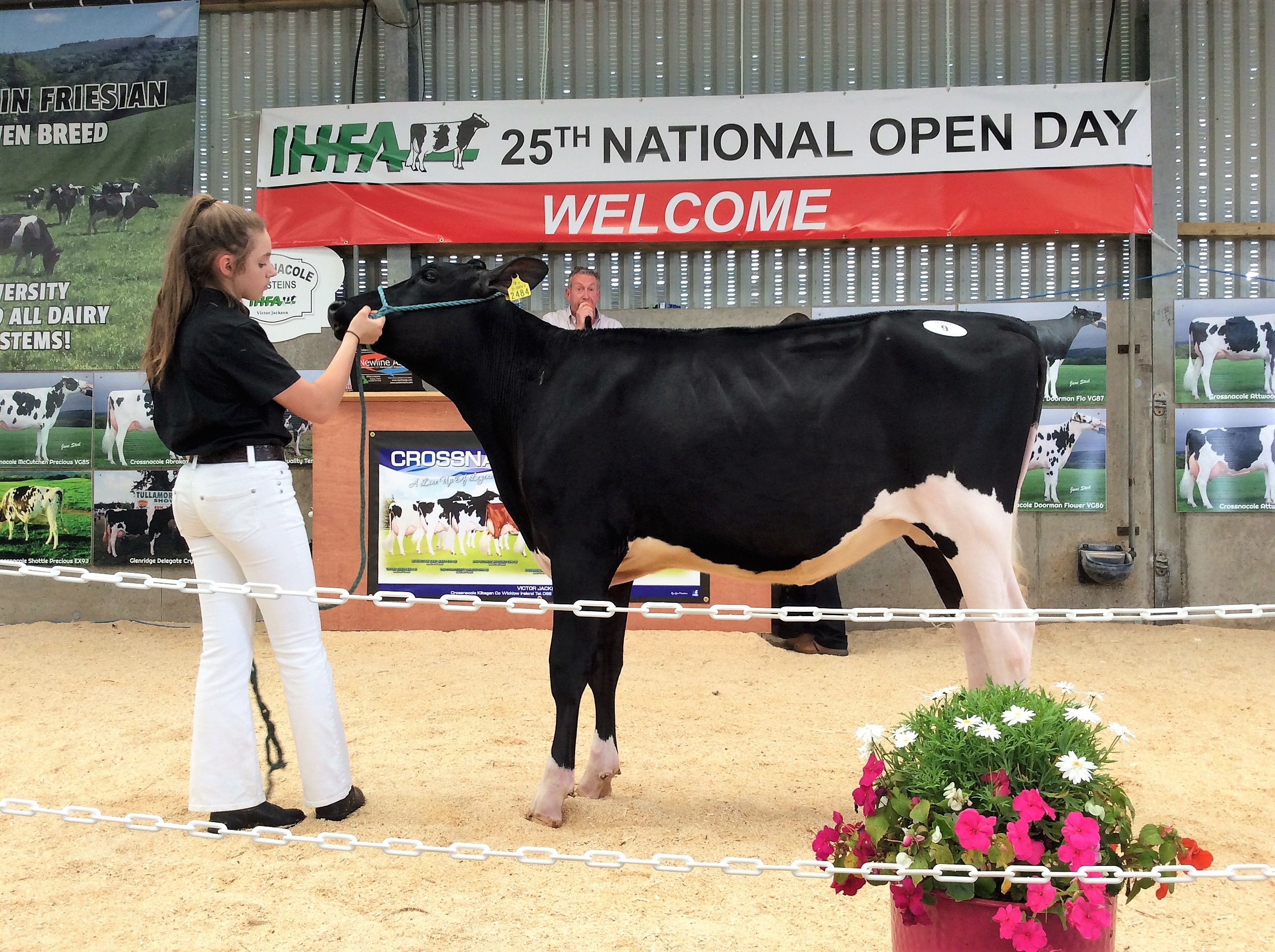 The top-priced heifer calf on the day was Crossnacole Doorman Apple. Buyers were aware that there are very few Apple family members around and demand was high for the ‘red-carrier’ Apple. The three-month-old calf sold for €3,400. 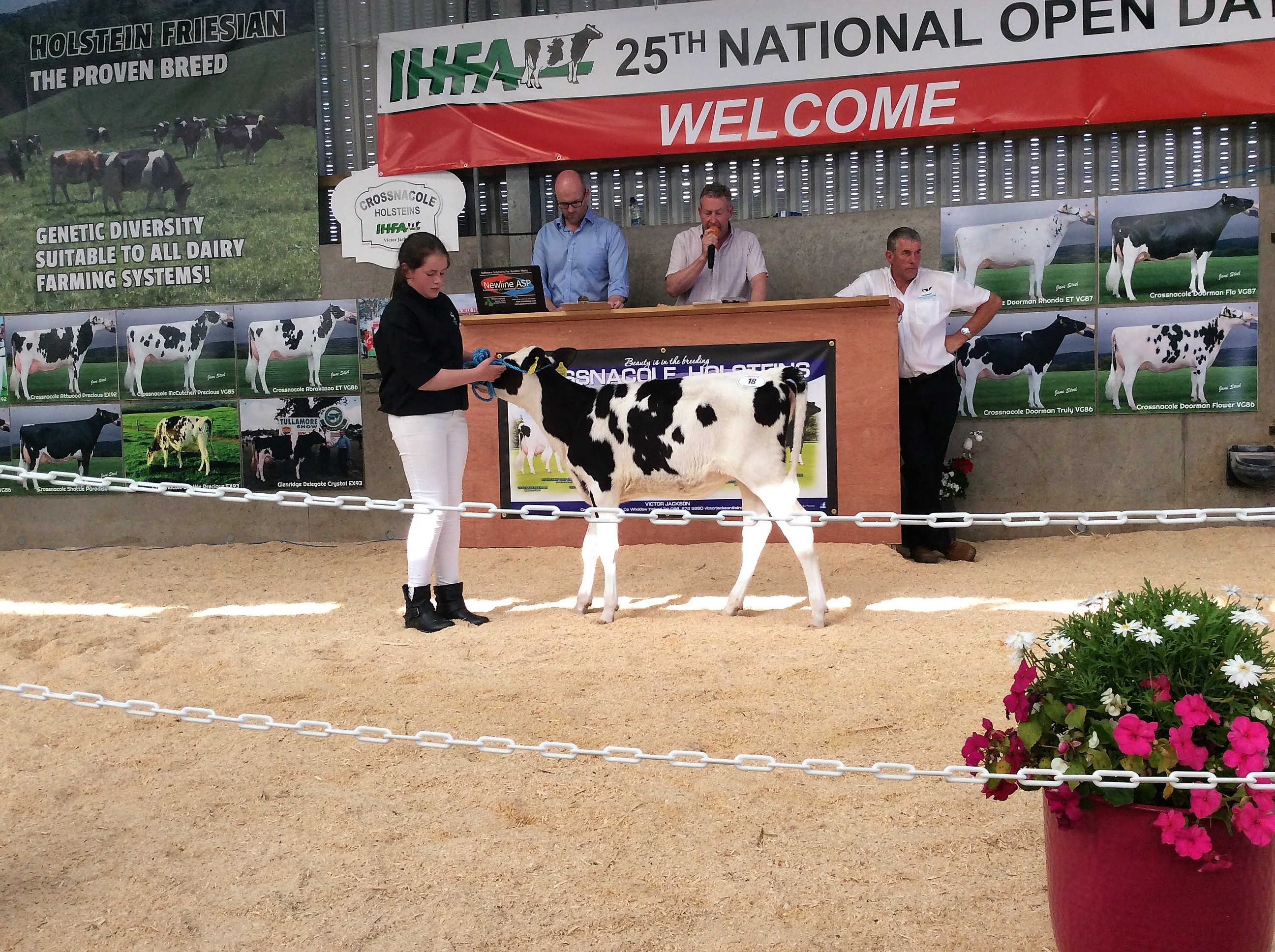 A February-born calf from the Fame family sold for €3,000. Described as an “incredible heifer”, Crossnacole Kingboy Fame turned heads on the day. 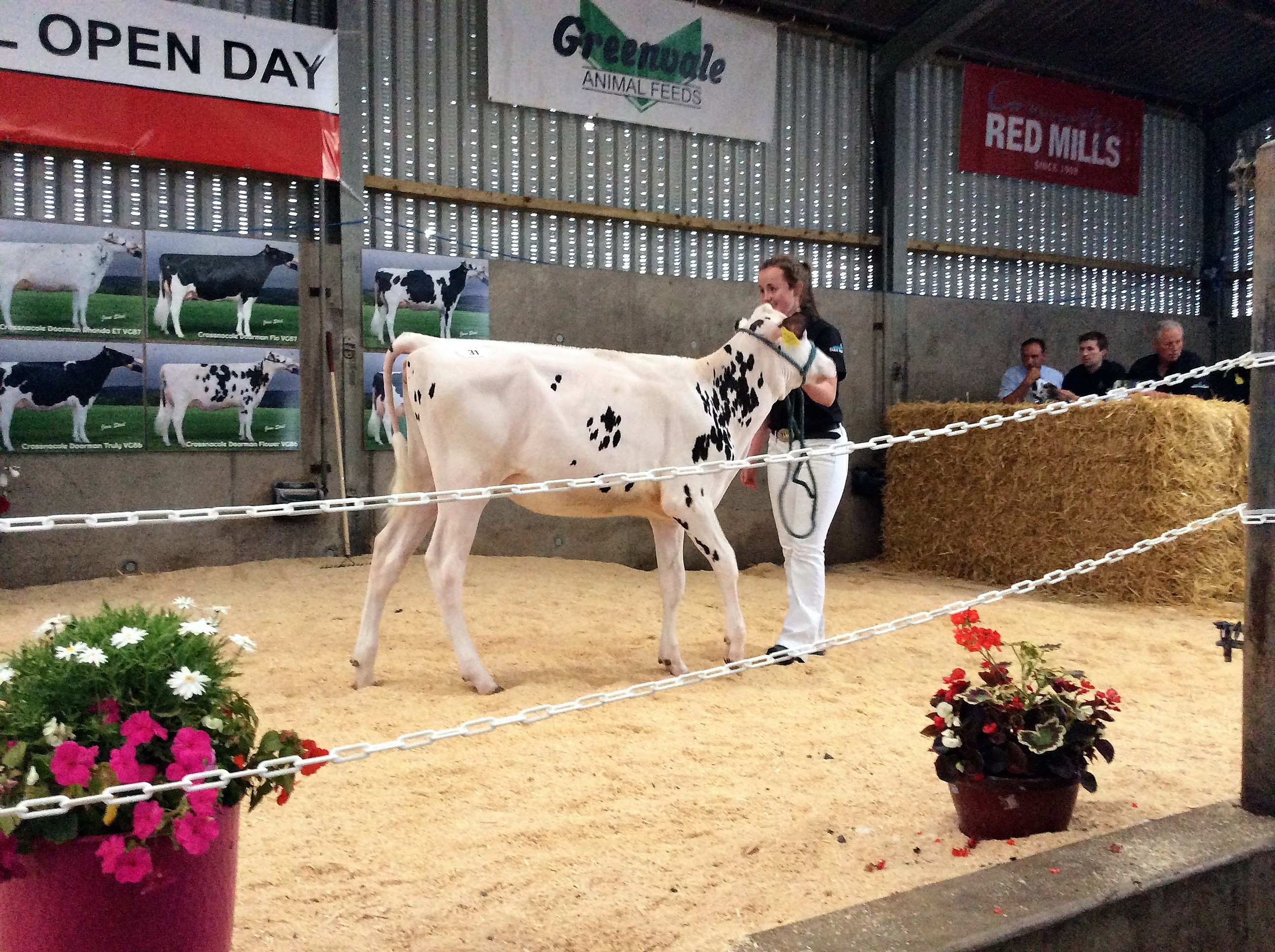