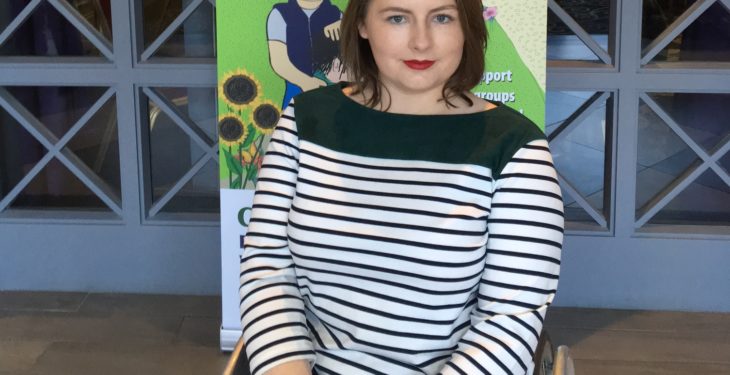 A farm accident may have left Kerrie Leonard in a wheelchair; but it has never stopped her achieving her goals.

The Meath farmer’s daughter was just six years of age when she sustained life-changing injuries in May, 1997.

“I was in a tractor cab, holding onto the handle. I was sitting on the hub of the wheel; bouncing up and down to keep myself occupied, when I lost my grip. There was no door on the tractor and I fell out,” she told AgriLand at a recent EmbraceFARM accident survivors’ conference in Portlaoise.

“We were all out on the farm, and I was with a farmhand. He thought I was in front of the tractor, and reversed, but I was actually behind. I remember that part but nothing of what happened afterwards,” she said.

He picked me up, and put me back in the cab and brought me home. I was blind for 30 seconds but it felt longer than that.

When her sight returned, she could see that her right armpit had split open, with the socket visible.

“I was able to walk for 24 hours after the accident but then I was paralysed,” she said. While taking in the enormity of what had happened to her as a result of the accident, she retained a positive attitude. “I don’t remember ever letting it get me down. You adapt and you change,” she said.

She spent eight weeks in Our Lady’s Hospital for Sick Children, Crumlin, and a further eight weeks at the National Rehabilitation Hospital in Dun Laoghaire where she worked through a series of tasks so that she could adjust to life in a wheelchair.

“It was almost a distraction for me to be absorbing that kind of information – getting from the bed to the chair and dressing myself,” she said.

She returned to the family home where her parents had a lift installed as well as widening doors. She also went back to her primary school which was very supportive.

“I was stoic and adapted straight away. The only time things would get to me would be when I was trying to go out with friends, and the wheelchair got in the way.”

Her teenage years brought difficulties as she created a sense of distance between herself and other people, but by the time she was 17, she was in a better frame of mind.

“I realised that wasn’t helping anyone. I did my Leaving Cert and repeated it. I went to college, and dropped out after a year. Then I worked in logistics at the 2012 London Olympics, based in the east-end which was very wheelchair accessible.”

She returned home and did a degree in equine studies. “There wasn’t any handling of animals involved. It involved theory and creating a potential successful business,” she said.

Now working for an IT company in Limerick, she leads a full life.

“I find with most problems, that if you stand back and look at them long enough, you can figure out a solution. Certain things can be frustrating but you figure out how to get around them,” she said.

If you wake up one day and something serious happens – it doesn’t have to be a disability, it could be bankruptcy or losing a loved one – but, you have to live your life from that point on. I thought to myself ‘This is your life; what do you want to do with it?’ Everyone has their own set of circumstances; it’s all about your attitude.

“When I’m on my porch in 50 years’ time, looking back, I will always regret the things I said ‘no’ to. So it’s a double-edged sword. I say ‘yes’ to everything, even to speaking at this conference,” she concluded. 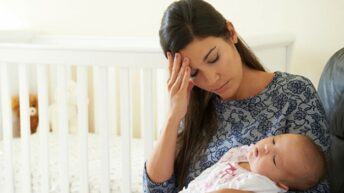