The HSA (Health and Safety Authority) released its annual report for 2016 earlier today (Wednesday, August 16), in which it detailed prosecutions made against businesses throughout last year for breaches in health and safety regulations – which included three agricultural businesses.

Overall, 17 prosecutions took place – nine on indictment and eight summarily – from which a total of €614,000 was taken in fines.

Avoca Agri Ltd was brought before Arklow District Court on October 16, 2016, relating to an incident which took place on July 14, 2015. According to the HSA, Avoca Agri Ltd. failed to comply with health and safety regulations when an employee injured  his left hand while removing a stone from the base of a screw auger/conveyor.

Avoca Agri pleaded guilty to the charge and received a €500 fine.

Advertisement
This case followed a serious incident on March 12, 2015, where an employee suffered injuries resulting in the loss of an eye following the explosion (or disintegration according to the report) of an agar jar in a laboratory. The company received a fine of €2,000.

The report details where on October 29, 2014, the company “failed to ensure that no person under 18 years of age was employed to operate lifting equipment, employees were not provided with supervision and training necessary, and work at height was not properly planned or appropriately supervised”.

The largest fine handed out to a single company last year was a €250,000 fine which a construction company, Vincent Ruane Construction Ltd, received for safety breaches regarding the construction of a wall.

Meanwhile, in its Statistics Report for 2016, the HSA revealed that of the 45 workplace fatalities which occurred last year, 23 were in the agriculture, forestry and fishery sector. Putting this into perspective, the sector with the second highest level of fatalities was the construction sector with nine deaths. 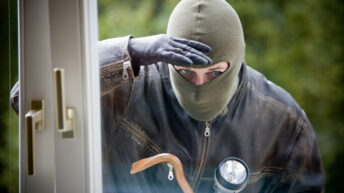