How much weight should your weanlings be putting on at grass?

How much weight should your weanlings be putting on at grass?

It might seem like a good bit away yet as the rearing stage has only started, but before you know it, the time has come to have your calves weaned off milk/milk replacer and turned out to grass.

In the final episode of AgriLand’s  ‘The Calf Show’ series, Alan Dillon from Teagasc outlined the weight targets that farmers should be seeing from their calves once they are weaned and grazing grass this spring.

Target throughout the grazing season

“We are targeting around 0.7-0.8kg/day over the first grazing season at grass. If we look at the results that we have seen from the vast majority of the Green Acres farms, they have hit that target or higher.

It’s the cheapest time to put on that type of weight gain.

“If you take your typical calf – you are dealing with a small stomach and the intakes of grass or meal that they will have over the first grazing season will be small relative to the level of weight gain that they are going to achieve.

“Comparing this with older animals during the final finishing stage at 24-months-old, you have a much bigger stomach to fill and you have a much more mature animal that is trying to put on similar levels of weight gain and it is more expensive to achieve.

“You should try and get as much of this weight gain done in the first year.”

We are noticing that some of the later calves [born from late March onwards] are not hitting the target, they are only reaching 0.5-0.6kg/day of a weight gain in the first grazing season.

“This may be down to a number of factors, but one we pinpoint it to is that when they hit grass their rumens are not fully developed.” 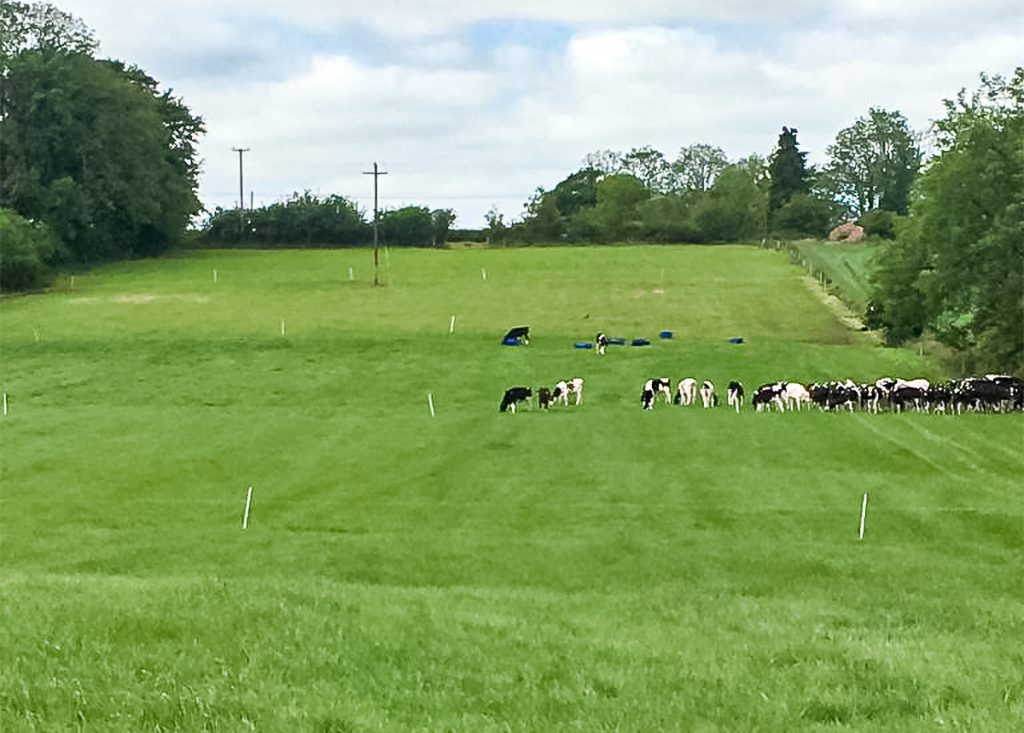 Should concentrates be eased back at grass?

When questioned about potential easing back of concentrates at grass, Alan stated that it depends on the stage of life that the animal is at when it’s turned out.

“By the month of June they should be well developed, in terms of their rumen, to actually harness and work off grass solely for the vast majority of the grazing season – until you hit into September time when grass dry matter drops; then they would need some return to some levels of concentrates.

“For the late-born calves, I would say to keep going with the meal all the way through [the grazing season].

If you are talking about a late March and onwards-born calf, you should be looking at keeping about 1kg of meal to them for the full grazing season.

“If you are buying a small bunch of calves [20-30 calves] – with half born before St. Patrick’s day and the other half of them born after it – I would be saying to keep the meal to them all rather than splitting them up for meal feeding.

“If you split small bunches of calves, they are not going to eat much grass and it makes grassland management much more difficult,” he concluded.

Virtual Farm Walk: Recap of all today’s action on the Ruane farm

Virtual Farm Walk: Recap of all today’s action on the Ruane farm