Have you ever wondered how the world’s different economies and corporations work?

Are the words bureaucratism and venture capitalism lost to you? Well now you can finally learn what they mean, with just two cows!

Created by Newstalk ZB, a New Zealand radio station, these images are proving to be a hit on Facebook with their explanations of how different economies work.

They were shared on Facebook by the Mike Hosking Breakfast show and some of the definitions really hit the nail on the head, such as the Irish Corporation definition.

“An Irish Corporation: You have two cows. One of them is a horse.” 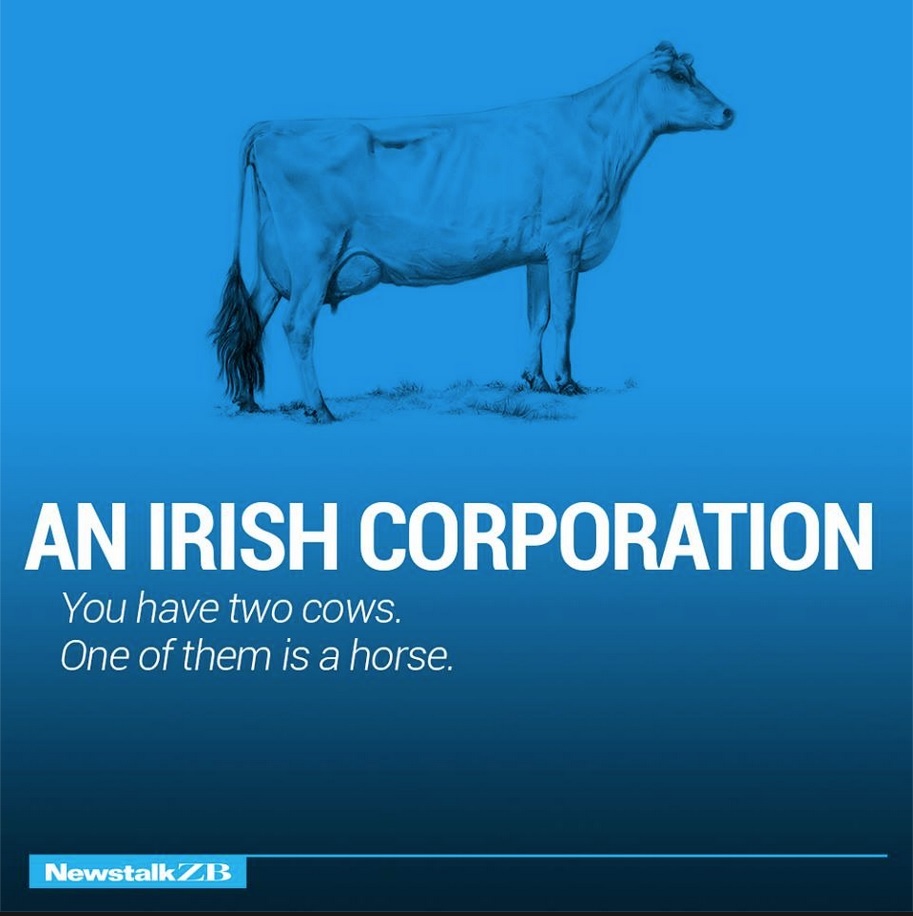 The Australian Corporation definition is as good of a definition as the Irish one.

“You have two cows. Business seems pretty good. You close the office and go for a few beers to celebrate.” 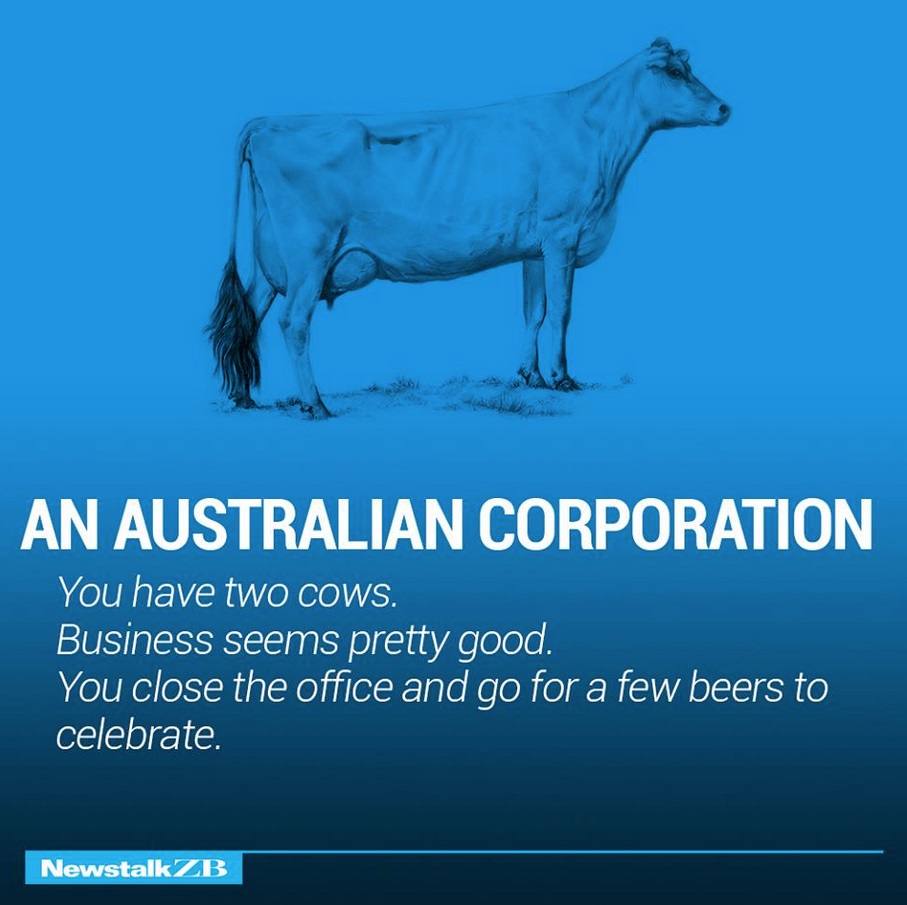 “You have two cows borrowed from French and German banks. You eat both of them. The banks call to collect their milk but you cannot deliver so you call the IMF.

“The IMF loans you two cows. You eat both of them. The banks and the IMF call to collect their cows/milk.

“You are out getting a haircut.” 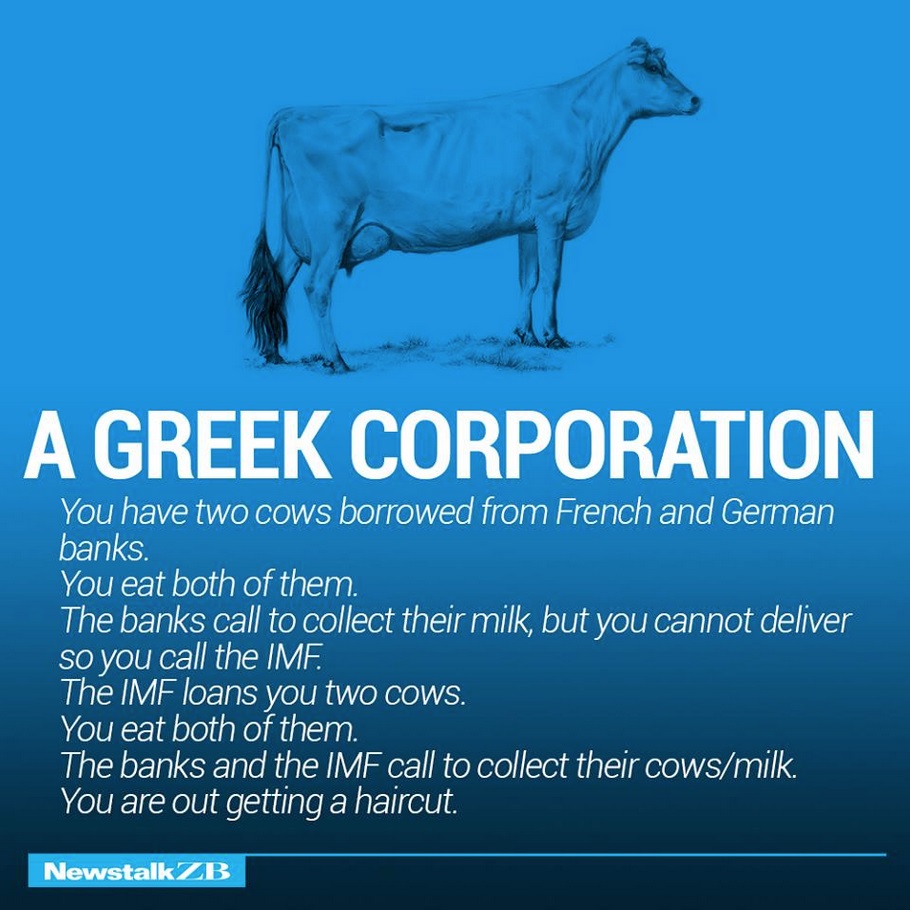 “You have two cows.

“The State takes both, shoots one, milks the other then throws the milk away.” 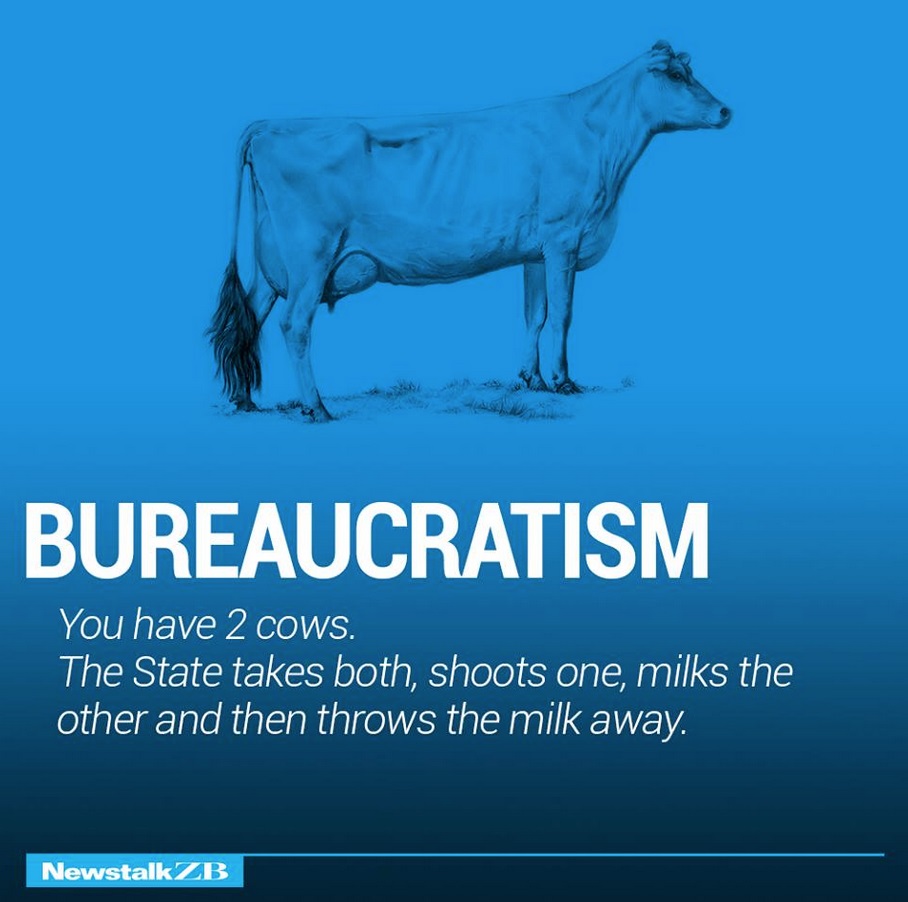 Venture capitalism is broken down and explained using the cow theory.

“You have two cows. You sell three of them to your publicly listed company, using letters of credit opened by your brother-in-law at the bank, then execute a debt/equity swap with an associated general offer so that you get all four cows back, with a tax exemption for five cows.

“The milk rights of the six cows are transferred via an intermediary to a Cayman Island Company secretly owned by the majority shareholder who sells the rights to all seven cows back to your listed company.

“The annual report says the company owns eight cows, with an option on one more.” 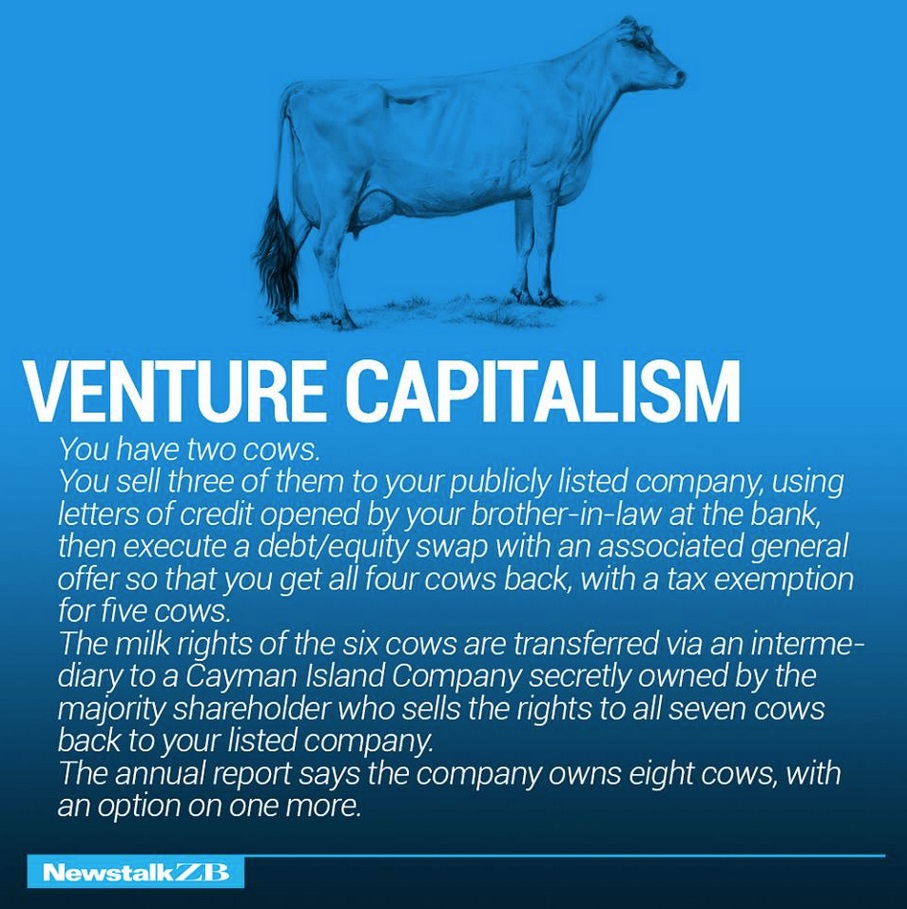 See the rest of the economic ‘definitions’ below. 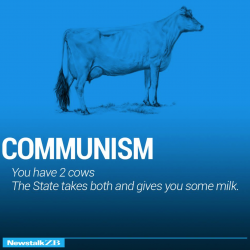 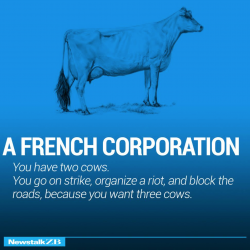 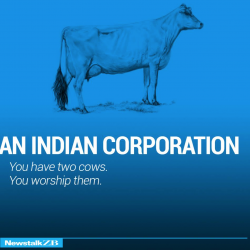 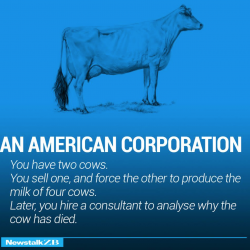 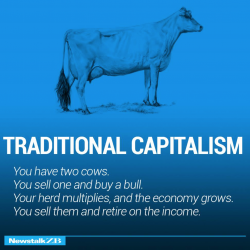 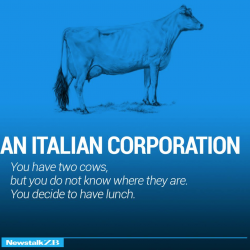 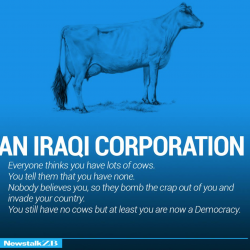