How Heather Humphreys’ plan for rural Ireland will affect you 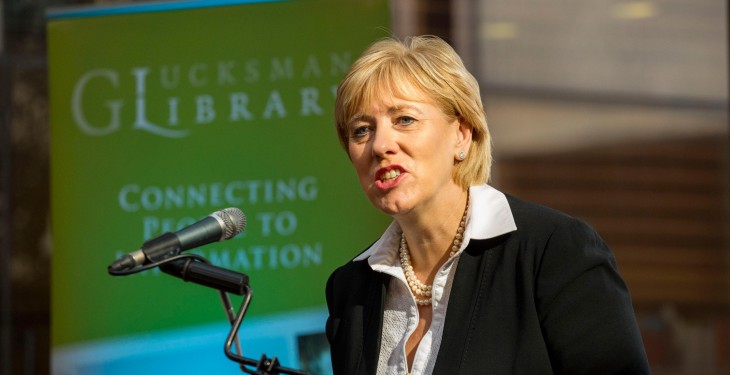 The new Department of Regional Development, Rural Affairs, Arts and Gaeltacht has vowed to oversee the revitalisation of rural Ireland while ensuring all Government policies are rural-proofed.

The remodelled Department was announced by the Taoiseach last Friday during the formation of the new Government.

The Minister for Regional Development, Rural Affairs, Arts & the Gaeltacht, Heather Humphreys, said that as someone who has lived all of her life in rural Ireland, she understands the issues, challenges and opportunities it faces.

The Government needs to take a fresh approach to rural Ireland, to ensure that our towns and villages are not left behind as the economy continues to grow.

“We must rural-proof our policies, right across Government, to ensure they are having a positive impact on rural communities,” said Humphreys.

Humphreys has vowed to work with other Departments to provide greater political co-ordination on areas that impact rural Ireland.

This includes the Department of Jobs, which will be rolling out a new €500 million jobs investment fund to benefit many regional towns and villages.

“I will also be developing a new Town and Village Renewal Scheme in time for next year’s Budget.”

Humphreys is married to a farmer and lives on the family farm in Monaghan and grew up on a farm near neighbouring Drum village.

She worked with Ulster Bank and prior to her election to Dáil Éireann was Manager of Cootehill Credit Union.

“Heather’s financial experience in both personal and business matters combined with a farming background makes her a very strong voice for rural Ireland,” said a Department spokesperson.

According to the same Department spokesperson, it will effectively create a “clearing house forum” to investigate the best ideas to advance economic and social progress in rural Ireland (a clearing house is a business that banks use to exchange checks and money between them).

It will also work to implement the best proposals in partnership with the rest of Government.

Part of the Department’s new responsibilities include regional development, rural affairs, the post office network and the roll-out of rural broadband.

The Minister will also be responsible for the implementation of the CEDRA report by the Commission for the Economic Development of Rural Areas.

“The Minister is committed to working across Government and the Oireachtas to deliver the best possible results for rural Ireland,” the spokesperson said.

“This will include the development of a new Action Plan for Rural Ireland, and a new Cabinet Committee on Rural Affairs, which will be chaired by the Taoiseach.”

The new Minister said she wanted to revitalise rural Ireland by improving the living and working environment of local communities.

“One of the single most important initiatives under my new brief is the roll-out of rural broadband.”

This will require a significant investment: more than €275 million has been “earmarked” to date.

“The Government has said that 85% of premises will have access to high-speed broadband within two years, with 100% access as soon as possible after that, up to a maximum of 5 years,” said Humphreys.

The rural broadband tender process is underway and it’s expected a contract will be awarded by mid-2017.

“I also look forward to working with the Post Office network, which of course is a vital supplier of services to rural Ireland.

I want to explore possibilities around the provision of banking services through the post office network and the Credit Union network.

“This has the potential to provide a new model of community banking,” said Humphreys.

“Minister Humphreys and all Government Ministers must deliver a more balanced economic recovery across the regions,” Cooney said.

This is essential with Central Statistics Office figures showing contrasting unemployment rates across the country, ranging from 8.8% in Dublin to 12 and 13% in the West, Midlands and South-East regions.”

The Association said it will work with Humphreys and her colleagues in Government to deliver the following for farm families and all rural dwellers:

Last Word To The Department

According to the Department spokesperson, the Programme for Government announced last week includes numerous commitments to address a wide range of the issues raised by the IFA.

This includes the provision of high-quality rural broadband, a doubling of the number of apprenticeships, an increase in the rural roads budget, double the funding for the Rural Walks Scheme and significant funding for Greenways.

“Minister Humphreys has also already published legislation to deal with the closed period for hedge cutting,” the spokesperson said.