Hogan fronts up to Carthy and Flanagan 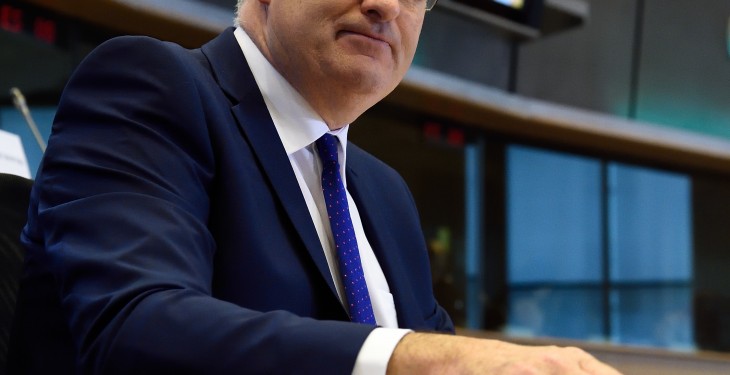 EU Agriculture Commissioner designate Phil Hogan dealt decisively with the issues put to him by Irish MEPs Matt Carthy (Sinn Féin) and Luke Ming Flanagan (Independent) during his question and answer session with members of the European Parliament’s Agriculture Committee in Brussels to day.

The Sinn Fein representative highlighted Mr Hogan’s track record as Ireland’s Environment Minister over the past three years and, specifically, the more than questionable expenditure of €50 million on consultancy fees in the context of setting up Irish water.

In response Mr Hogan said: “The figure of €50 million included a number of expenditure items, in addition to the actual fees paid out to consultants. What’s more, all of the expenditure carried out in relation to the establishment of Irish water was undertaken on a totally transparent basis.

He continued: “I know that you, personally, object to me becoming the next EU Farm Commissioner. However, let me confirm that I have already received a letter from your party colleague Michelle O’Neill, the current farm Minister in Northern Ireland, congratulating me on my candidature and wishing me every success in the future. She also points out that she wants to work closely with me over the coming years, should I be formally ratified as the new Farm Commissioner. So I can only conclude that a fair degree of disconnect now exists within the Sinn Féin party regarding my candidature for the position of EU Farm Commissioner.”

Responding rhetorically to claims from Luke Ming Flanagan that he had strived to have friends placed in positions within Irish Water, Mr Hogan said: “Correspondence that I entered into had absolutely no effect when it came to the final appointment process. I must be losing my touch!!”

On the substantive issue raised by Luke Ming regarding the perceived disconnect between new farm support measures and their inability to deliver for small farmers the Commissioner Designate said: “There is ample support available for small farmers under the new Pillar 1 and Pillar 2 measures. A case in point is the option for each member state to draw down specific coupled support schemes for livestock producers.”